This year marks the 50th anniversary of the release of David Bowie’s classic album, ALADDIN SANE, which was released just ten months after his breakthrough album, The Rise and Fall of Ziggy Stardust and the Spiders from Mars.

On 14th April 2023, one week before its Golden Jubilee, ALADDIN SANE will be re-issued as a Limited Edition 50th Anniversary Half-Speed Mastered LP and a Picture Disc LP pressed from the same master.

This new pressing of ALADDIN SANE was cut on a customised late Neumann VMS80 lathe with fully recapped electronics from 192kHz restored masters of the original master tapes, with no additional processing on transfer. The half-speed was cut by John Webber at AIR Studios.

Bowie described ALADDIN SANE as ‘Ziggy Goes To Washington: Ziggy under the influence of America’. The album was to be Ziggy Stardust’s last stand, and the persona was laid to rest three months after the album’s release in July 1973 at the infamous final show with the Spiders From Mars at London’s Hammersmith Odeon.

The cover of ALADDIN SANE has become one of the most striking and memorable images in rock n roll history and was rumoured to be the most expensive produced up to that point. The cover photograph was taken by Brian Duffy, who would also shoot the sleeves for 1979’s LODGER and 1980’s SCARY MONSTERS (AND SUPER CREEPS) and features Bowie with the iconic red and blue lightning bolt make-up, an image which has staked out an indelible spot in the planet’s cultural lexicon. 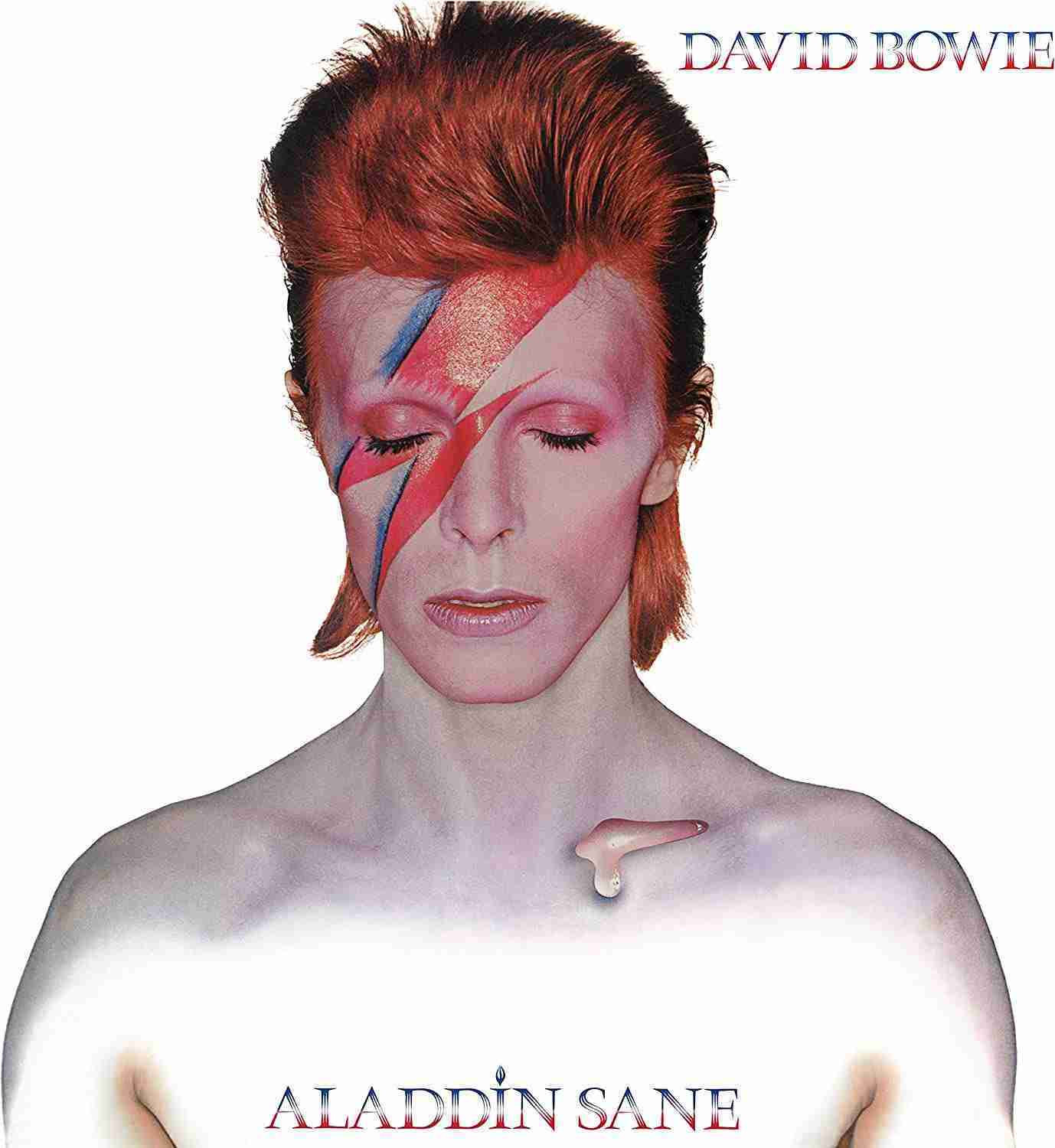