Universal Pictures has released the brand new official trailer and teaser poster for the upcoming action horror-comedy, RENFIELD, which will be released in cinemas nationwide this April.

Directed by Chris McKay from a screenplay by Ryan Ridley, based on an original idea by Robert Kirkman and inspired by the character created by Bram Stoker, the films stars Nicholas Hoult, Nicolas Cage, Awkwafina, Ben Schwartz and Adrian Martinez.

In this modern monster tale of Dracula’s loyal servant, Nicholas Hoult stars as Renfield, the tortured aide to history’s most narcissistic boss, Dracula (Oscar® winner Nicolas Cage).  Renfield is forced to procure his master’s prey and do his every bidding, no matter how debased. But now, after centuries of servitude, Renfield is ready to see if there’s a life outside the shadow of The Prince of Darkness.  If only he can figure out how to end his codependency. 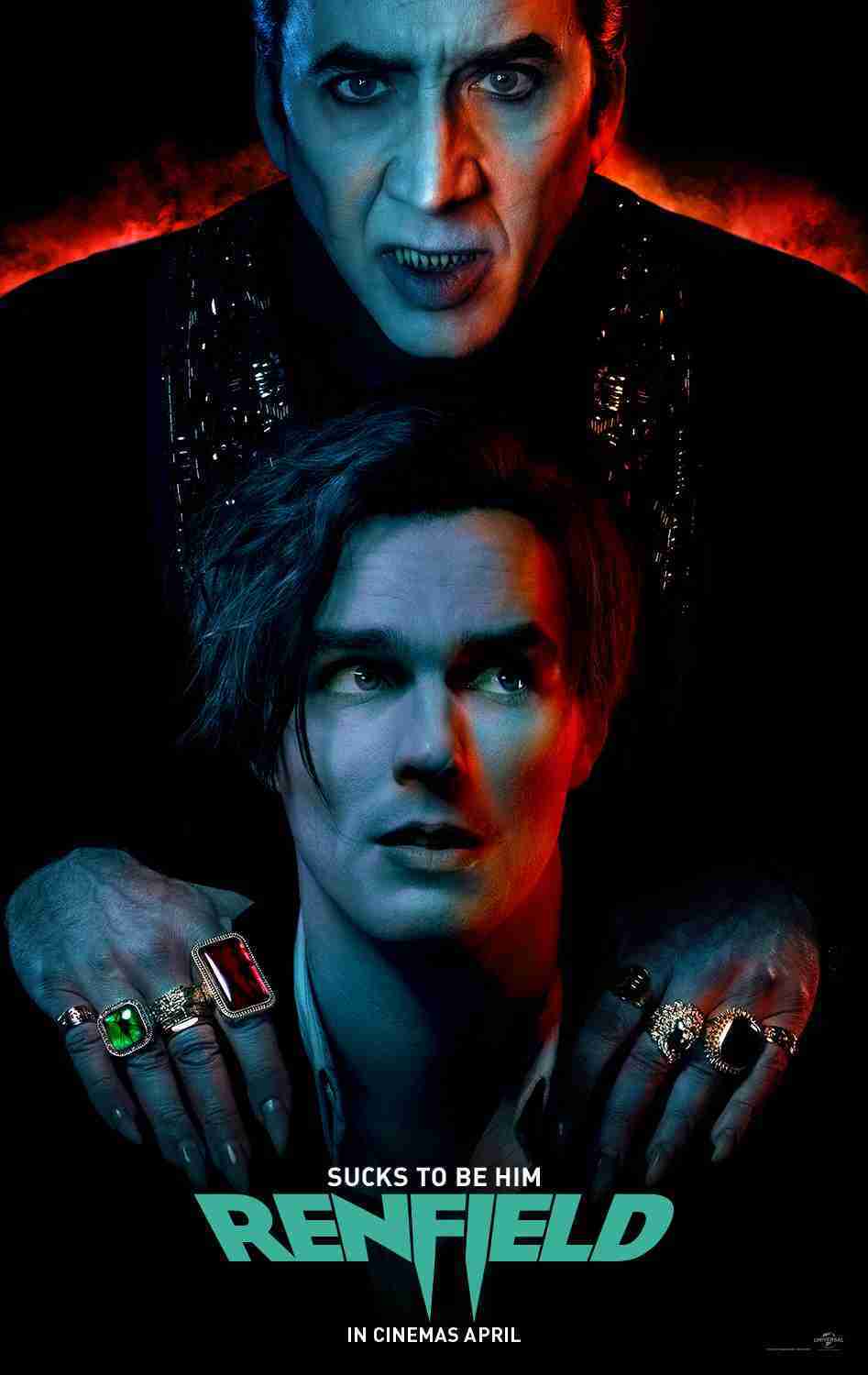