MUBI has released the brand new trailer and artwork for Ali Abbasi’s (Border) gripping crime thriller, HOLY SPIDER, which will open theatrically in the UK and Ireland on 20 January 2023 and will stream exclusively on MUBI from 10 March 2023.

Set in the holy city of Mashhad, Ali Abbasi’s haunting latest feature follows journalist Rahimi (Zar Amir Ebrahimi), as she investigates the murders of several sex workers by the ‘Spider Killer’, who believes he is on a divine mission to cleanse the city of sinners.

Based on the real-life case from 2002 of serial killer Saeed Hanaei, whose crimes were dubbed the “spider killings” by the Iranian media, HOLY SPIDER is both a terrifying crime procedural drama and a disturbing expose of hypocrisy and misogyny which shows that there can be very different interpretations of what justice actually means.

The film has been picked as Denmark’s submission for Best International Feature for the 2023 Academy Awards and was nominated for Best European Film, Director, Actress and Screenwriter at the 2022 European Film Awards. 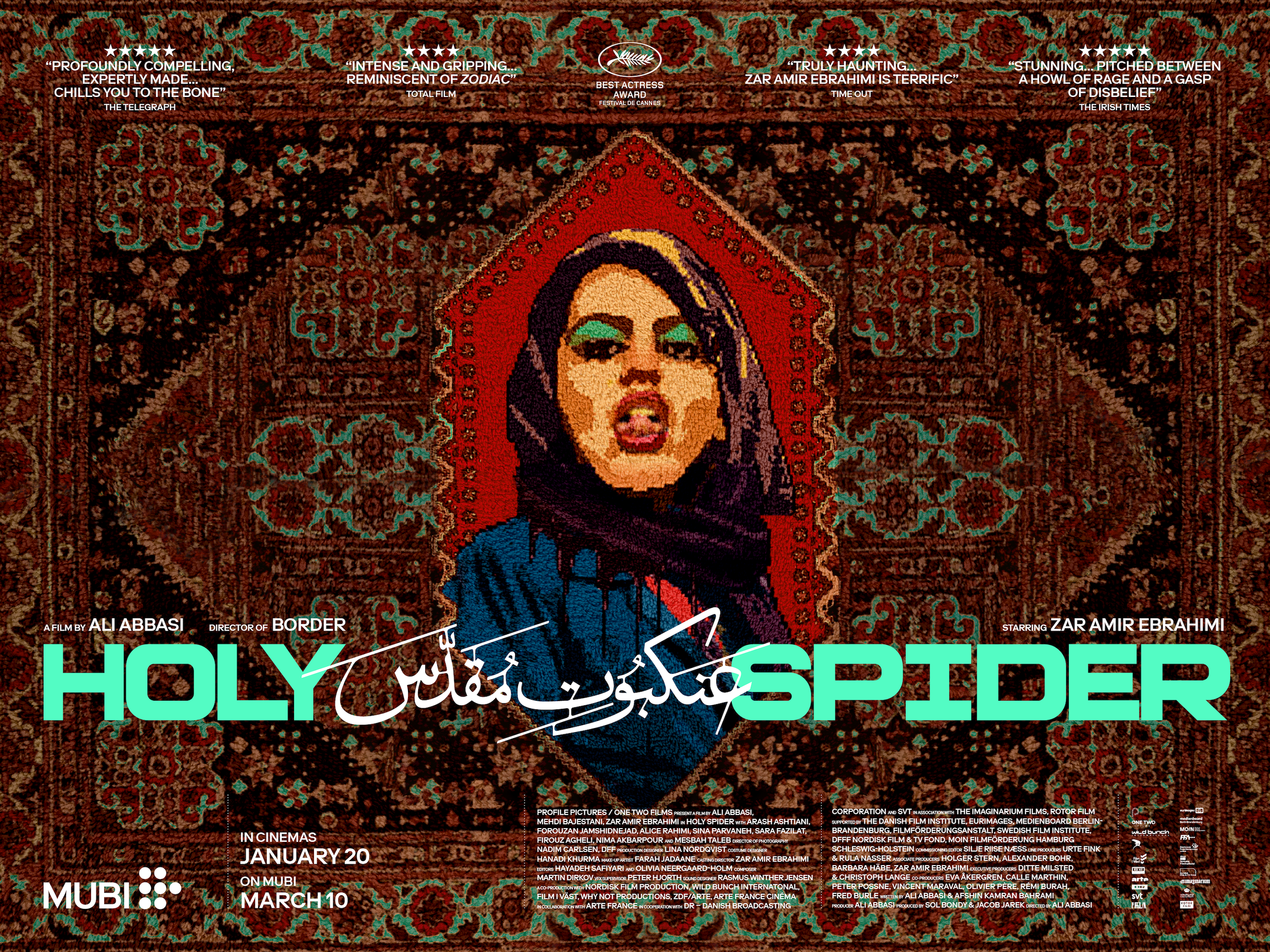