STUDIOCANAL has announced that the new 4K restoration of Thorold Dickinson’s evocative and sinister fantasy horror THE QUEEN OF SPADES will be released back in cinemas from 23 December 2022.

The film will also be available to own on Blu-ray for the first time and on DVD and Digital on 23 January 2023.

Starring Dame Edith Evans (Tom Jones, The Whisperers) in a role that marked her return to cinema following 35 years devoted to theatre work alongside Anton Walbrook (The Red Shoes, Gaslight) and Yvonne Mitchell (The Divided Heart), THE QUEEN OF SPADES is based on a short ghost story by celebrated Russian author Alexander Pushkin, and is considered legendary filmmaker Thorold Dickinson’s most accomplished piece of work. 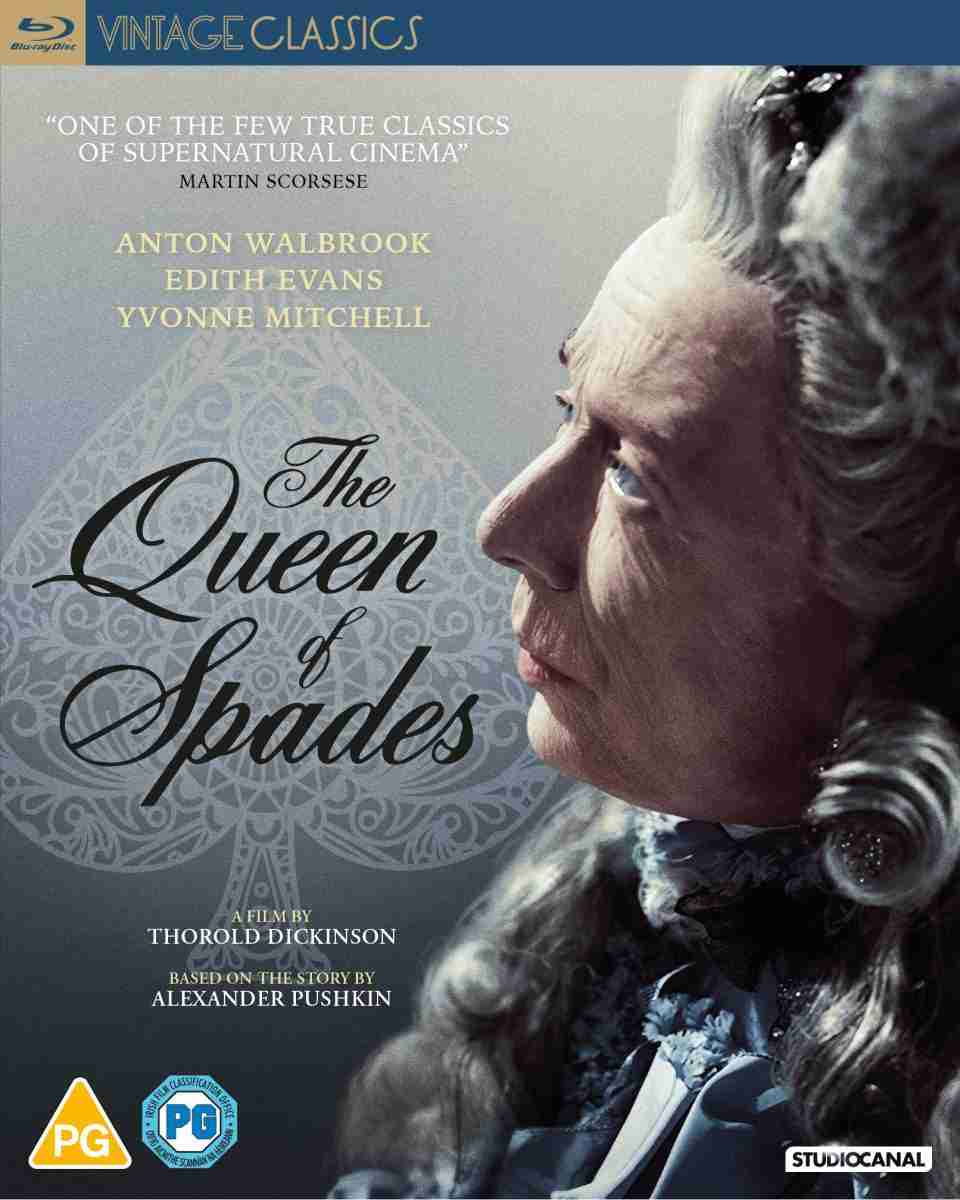 St. Petersburg, 1806. Army officer Herman Suvorin (Anton Walbrook) has become obsessed with playing cards, particularly the game of Faro, where the Queen of Spades is considered an unlucky card.

On stumbling upon a mysterious book about the secrets of a notorious Count, Herman becomes convinced that the elderly Countess Ranevskaya (Edith Evans) possesses the secret of winning every game. Desperate to learn the secret for himself, Herman devises a plan to gain access to her house by seducing her young Ward, Lizaveta (Yvonne Mitchell). The plan goes awry when Herman accidently startles the Countess, leading to her death.

At the Countess’s funeral, Herman comes to pay his respects, but when he leans over her open coffin, her eyes open and he lets out a howl of fear. From this point, Herman finds himself drawn into a satanic world of madness and mayhem as he is haunted by the Countess and the curse of the Queen of Spades.