MUBI has released the extended trailer for The Kingdom Exodus, the long-awaited final instalment of Lars von Trier’s ground-breaking series The Kingdom, which will launch exclusively on MUBI in UK on 27 November 2022, with episodes dropping on a weekly basis.

The Kingdom Exodus had its World Premiere at the Venice International Film Festival earlier this year.

The Kingdom Exodus continues and finishes Lars von Trier’s internationally acclaimed 1990s cult series classic – the ghost story about the hospital built on top of the old bleaching ponds in Copenhagen, where evil has taken roots and medical science faces a daily struggle with itself.  In this final installment, sleepwalker Karen will seek answers to the unresolved questions of the series in order to save the hospital from doom. Sound asleep one night, Karen wanders into the darkness and inexplicably ends up in front of the hospital. The gate to the Kingdom is opening once more…

In addition to the brand-new installment, MUBI subscribers will also have access to the first two seasons of The Kingdom series, which have been acquired and newly restored in never-before-seen director’s cuts from 1994 and 1997.

Produced by Zentropa Entertainments with NENT Group and DR as co-producers, The Kingdom Exodus is the first series MUBI has released. MUBI acquired the series for North America, UK, Ireland, Latin America, Turkey, and India.

Lars von Trier (The House That Jack Built, Nymphomaniac, Melancholia) wrote the script in collaboration with Niels Vorsel, with whom he also wrote the previous seasons. Louise Vesth is producing for Zentropa Entertainments. TrustNordisk is handling international sales of the series. 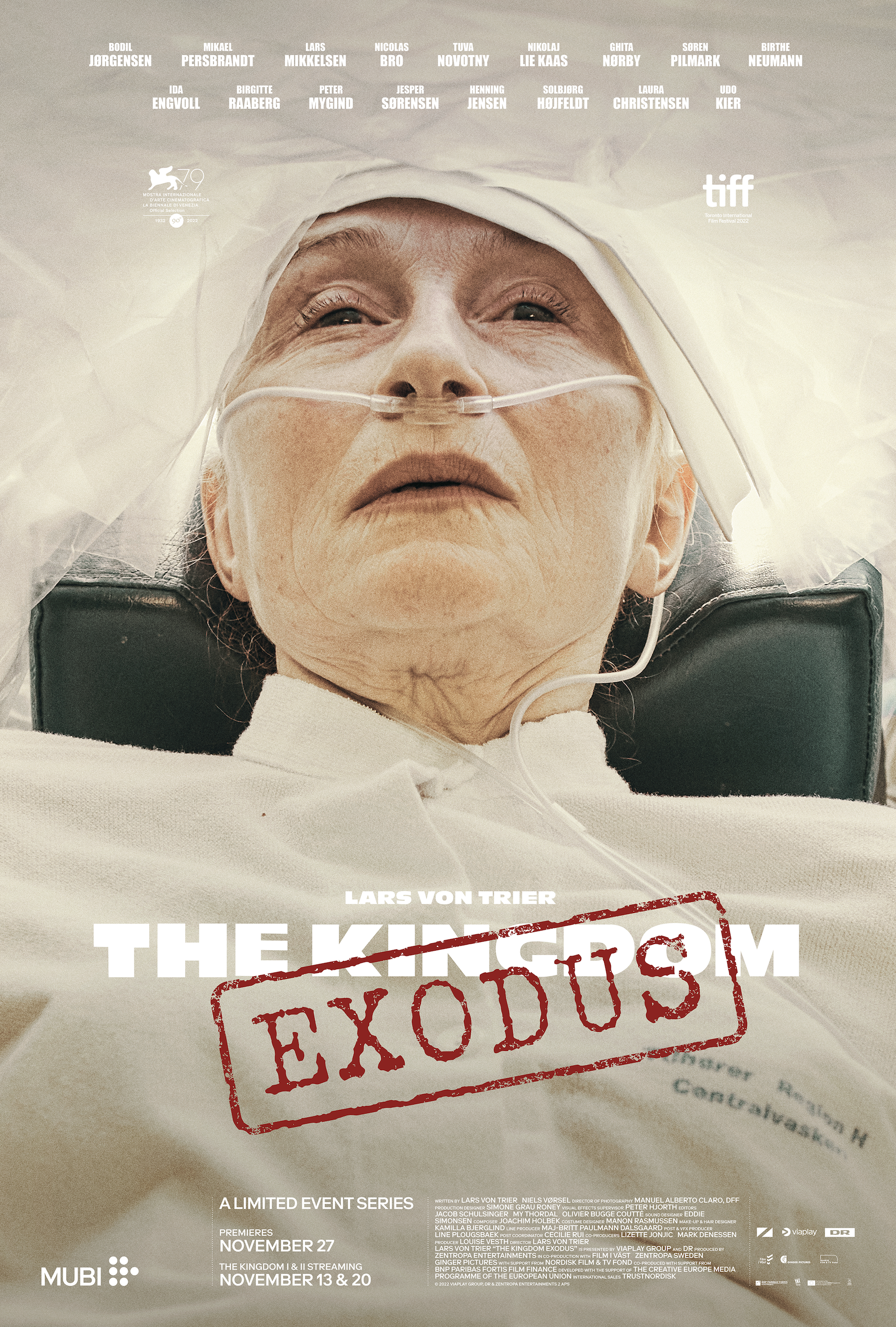 The Kingdom I – November 13