Macedonian-Australian writer-director Goran Stolevski‘s audacious feature-length debut YOU WON’T BE ALONE will be available on Digital platforms to rent and own in the UK from 20th October 2022.

YOU WON’T BE ALONE will screen in the Dare strand at the 66th BFI London Film Festival. CLICK HERE for screening info.

Drawing on his Macedonian roots, Stolevski sets his truly unique story of the birth of a shape-shifting witch in a 19th Century Macedonian village where superstition and folklore dominate the lives of the inhabitants.

Maria (Anamaria Marinca), a 200-year-old witch, abducts a young girl to raise as her own. But after transforming 16-year-old Nevena (Sara Klimoska) into one of her own kind, Maria quickly loses interest in her protégée. Abandoned in the woods, Nevena accidentally kills a peasant woman (Noomi Rapace) and assumes her shape. Enraptured by the wonders and hardships of life, Nevena continues to kill and inhabit both female and male villagers as she learns to treasure the range of human experience. But when Maria suddenly reappears, Nevena is forced to make a heartbreaking decision.

YOU WON’T BE ALONE is a hauntingly humanistic, lyrical exploration of what it means to be human from a great new filmmaking talent. 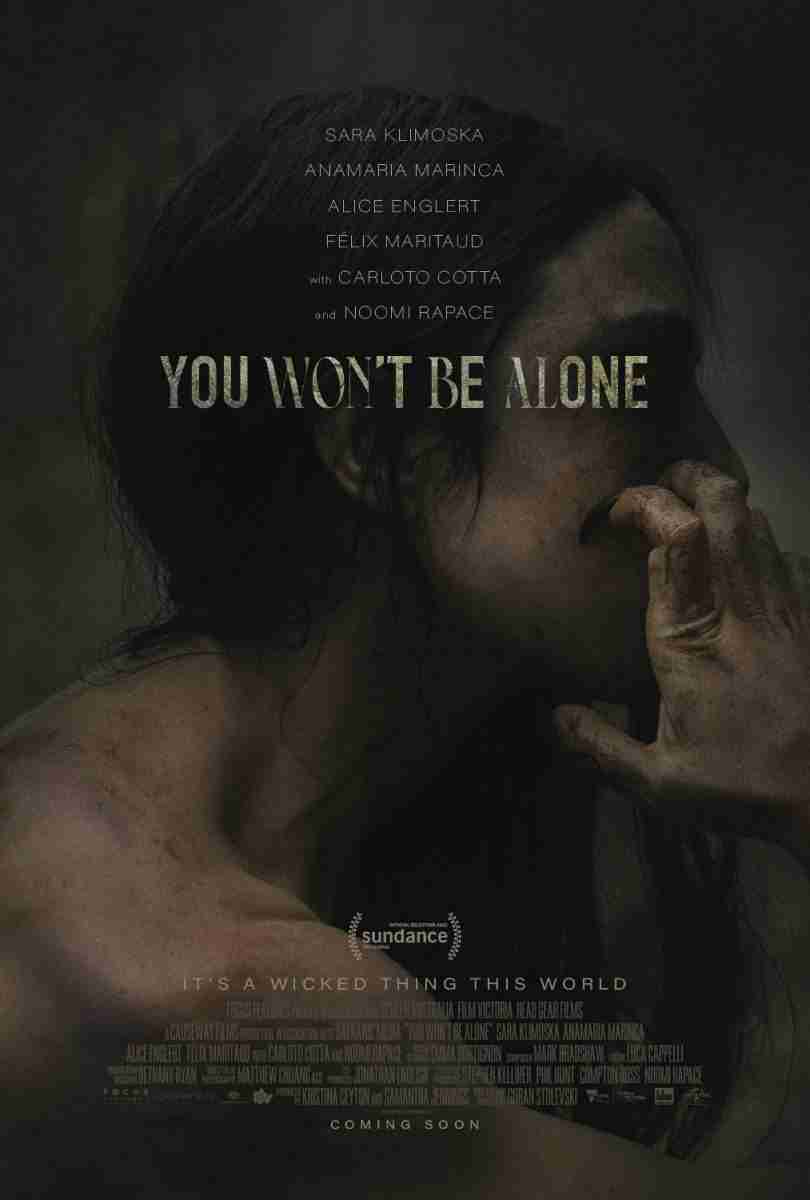