MUBI has released a brand new trailer for Park Chan-wook’s highly anticipated new mystery film, Decision to Leave, which will be released in cinemas from 21 October 2022, with nationwide previews from 15 October.

The film will premiere on MUBI later this year.

A man falls from a mountain peak to his death. The detective in charge of the investigation, Hae-joon (Park Hae-il), comes to meet the dead man’s wife Seo-rae (Tang Wei). When she becomes a suspect, Hae-joon finds himself slowly developing an interest in her. 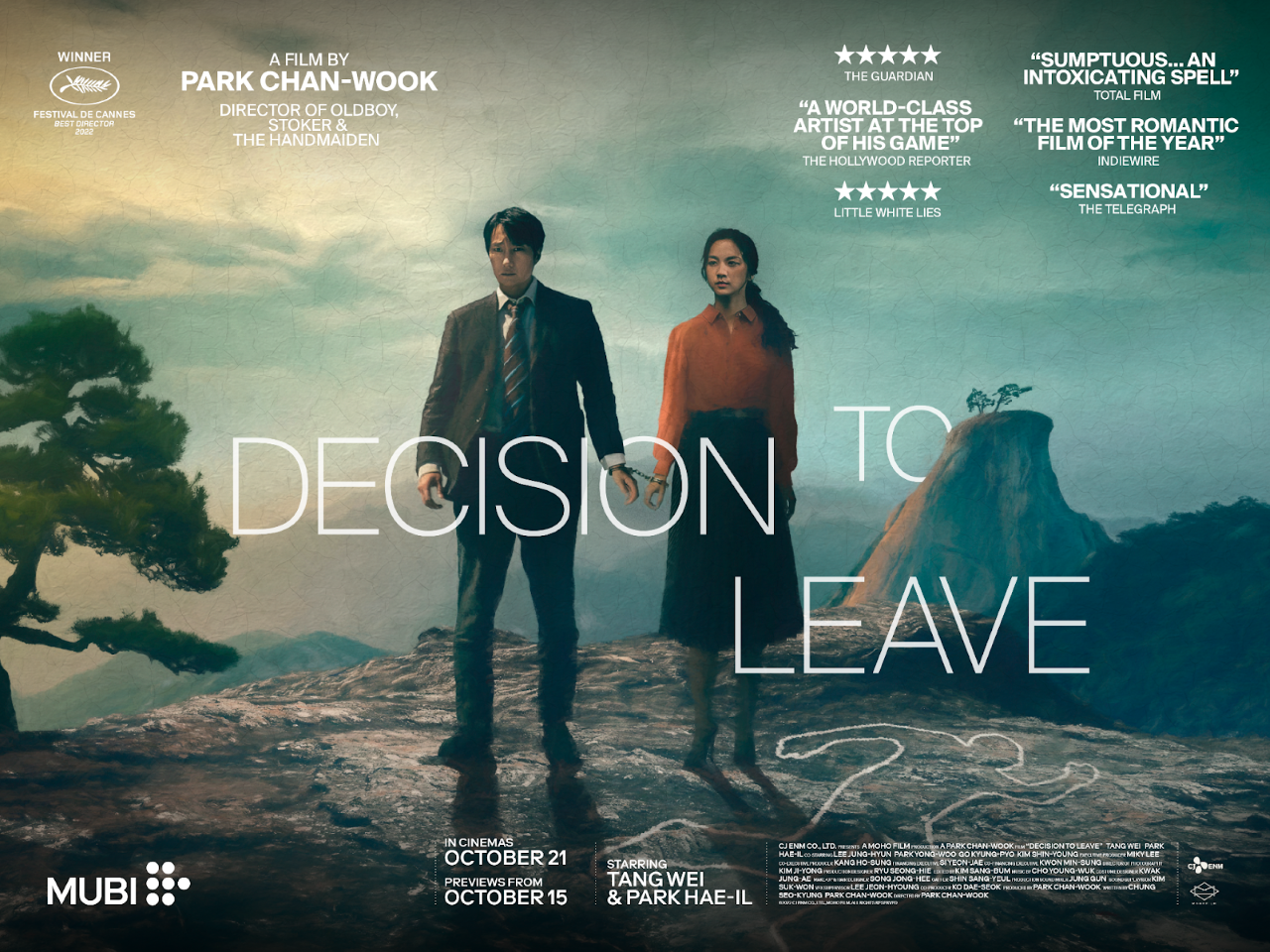 Among the most influential directors of the last twenty years, Park Chan-wook returned to Cannes for the fourth time earlier this year with Decision to Leave, which followed his GrandPrix winner Oldboy (2003), Thirst (2009), and The Handmaiden (2016).