Sony Pictures UK has released the brand new poster for the highly-anticipated family comedy, Lyle, Lyle, Crocodile, which will be released exclusively in cinemas on 14 October 2022.

Based on the best-selling book series by Bernard Waber, and featuring original songs from the musical team behind The Greatest Showman, Lyle, Lyle, Crocodile is a live-action/CGI musical comedy that brings this beloved character to a new, global audience. 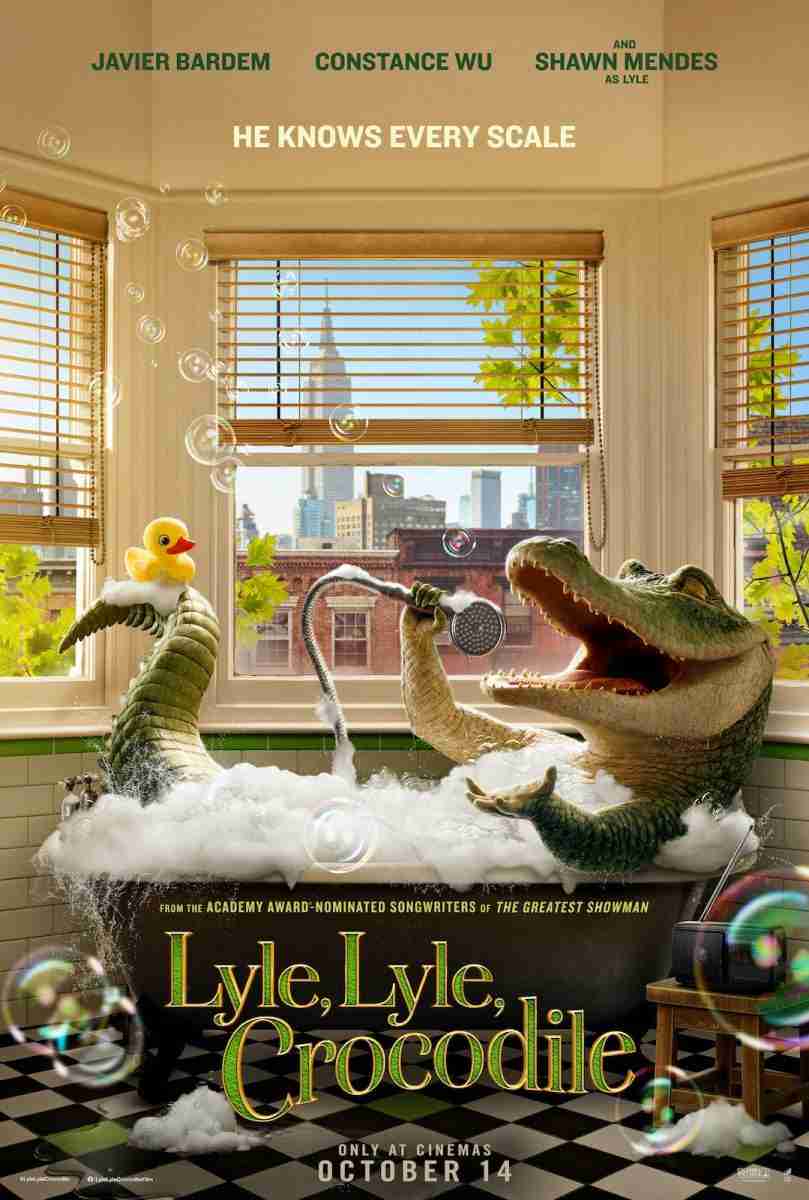 When the Primm family (Constance Wu, Scoot McNairy, Winslow Fegley) moves to New York City, their young son Josh struggles to adapt to his new school and new friends. All of that changes when he discovers Lyle – a singing crocodile (Shawn Mendes) who loves baths, caviar and great music – living in the attic of his new home. The two become fast friends, but when Lyle’s existence is threatened by evil neighbour Mr. Grumps (Brett Gelman), the Primm’s must band together with Lyle’s charismatic owner, Hector P. Valenti (Javier Bardem), to show the world that family can come from the most unexpected places and there’s nothing wrong with a big singing crocodile with an even bigger personality.

Directed and produced by Will Speck and Josh Gordon, the screenplay is by Will Davies. The film is produced by Hutch Parker and executive produced by Kevin K. Vafi, Dan Wilson, Robert J. Dohrmann, Benj Pasek, Justin Paul, Tarak Ben Ammar and Andy Mitchell.