This August the darkest secrets will come to light…

Netflix has released the official trailer and key art for the upcoming crime thriller, I CAME BY, the anticipated first film from the UK Features slate.

The Netflix Original Film will be released in select UK cinemas on 19th August and on Netflix from 31st August 2022.

Directed by Babak Anvari (Under The Shadow, Wounds) from a screenplay by Anvari and Namsi Khan, the film stars George MacKay, Hugh Bonneville, Kelly Macdonald, Percelle Ascott and Varada Sethu.

I CAME is produced by Lucan Toh.

From the BAFTA-winning director of Under The Shadow comes an arresting London-set crime thriller, I CAME BY, channeling classic Hitchcockian suspense via contemporary themes of ‘Establishment’ privilege and corruption.

A pair of rebellious, young graffiti writers, Toby (George Mackay) and Jay (Percelle Ascott) regularly target the homes of the UK’s wealthy elite and ruling class. When Toby breaks into the home of renowned former High Court Judge Sir Hector Blake (Hugh Bonneville) he discovers a shocking secret that leads him on a journey endangering himself and those closest to him. 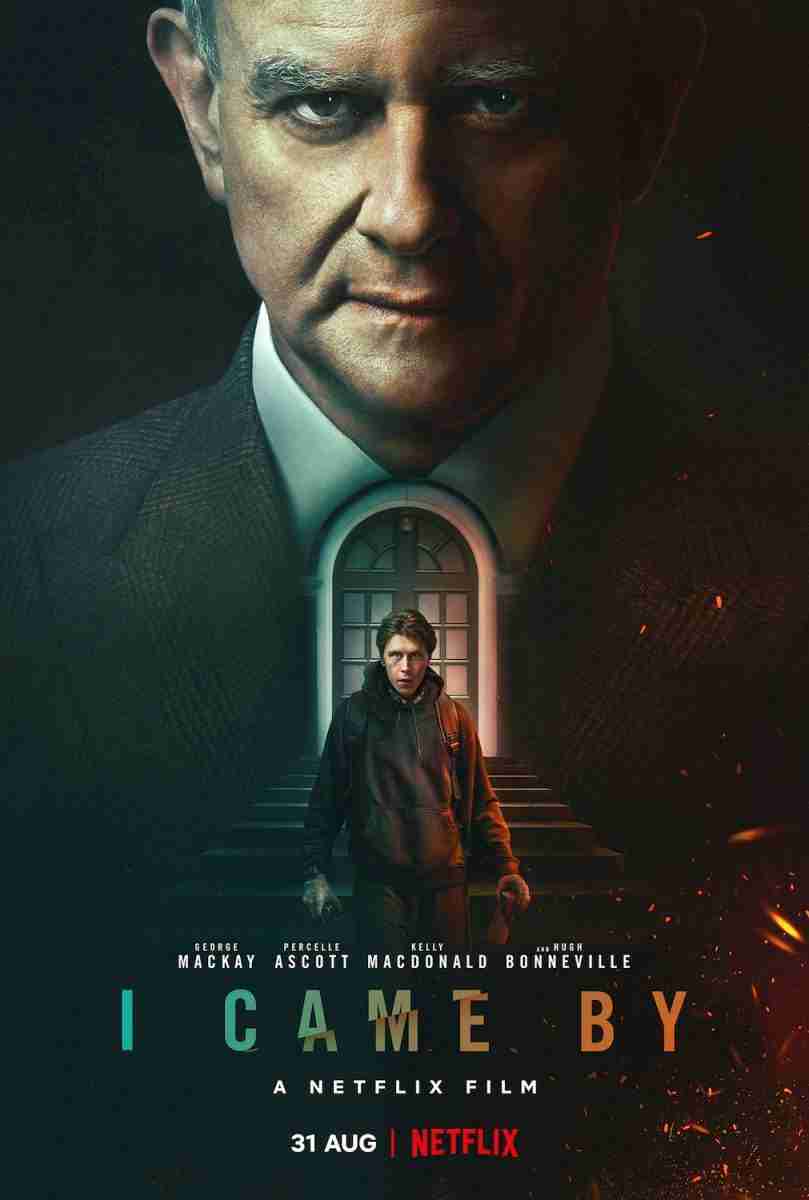