Edinburgh may be a global hub for theatre and entertainment come August time with both the Edinburgh International Festival and the Edinburgh Festival Fringe running throughout the month.

Elsewhere in the country, however, there are plenty of exciting new theatre openings and productions to look forward to, and we’ve rounded up a selection of theatre highlights you can catch at venues across the UK this coming month.

Please Note: This is by no means a definitive list, just a little what’s on guide featuring a selection of highlights – in no particular order! – so please leave a comment below or let us know which other shows you’re looking forward to this August!

Nottingham Playhouse and Kenny Wax Ltd. present the World Premiere of IDENTICAL, a brand new musical based on the classic novel The Parent Trap by Erich Kästner, which inspired the hugely successful Disney films featuring Hayley Mills in 1961 and Lindsay Lohan in 1998

IDENTICAL runs at Nottingham Playhouse from Tuesday 26 July to Sunday 14 August (TICKETS) before transferring to The Lowry from Tuesday 19 August to Saturday 3 September 2022 (TICKETS).

IDENTICAL has Music and Lyrics by the multi-award-winning duo of George Stiles and Anthony Drewe and is directed by Olivier and Tony Award-winner Trevor Nunn. 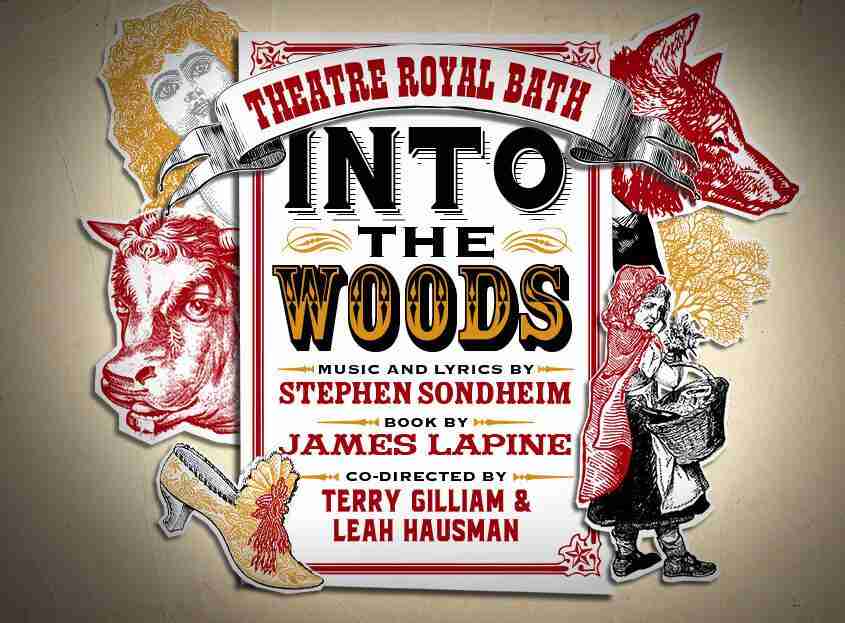 Terry Gilliam and Leah Hausman‘s cancelled Old Vic production of Stephen Sondheim and James Lapine‘s much loved musical masterpiece INTO THE WOODS will have its long awaited premiere at Theatre Royal Bath from 19 August to 10 September 2022.

Boasting an exceptional cast and creative team, this playful and imaginative new production, which unfolds through the inquisitive eyes of a young girl playing with a Victorian toy theatre, promises to be one of the most spectacular productions ever staged at the Theatre Royal Bath. 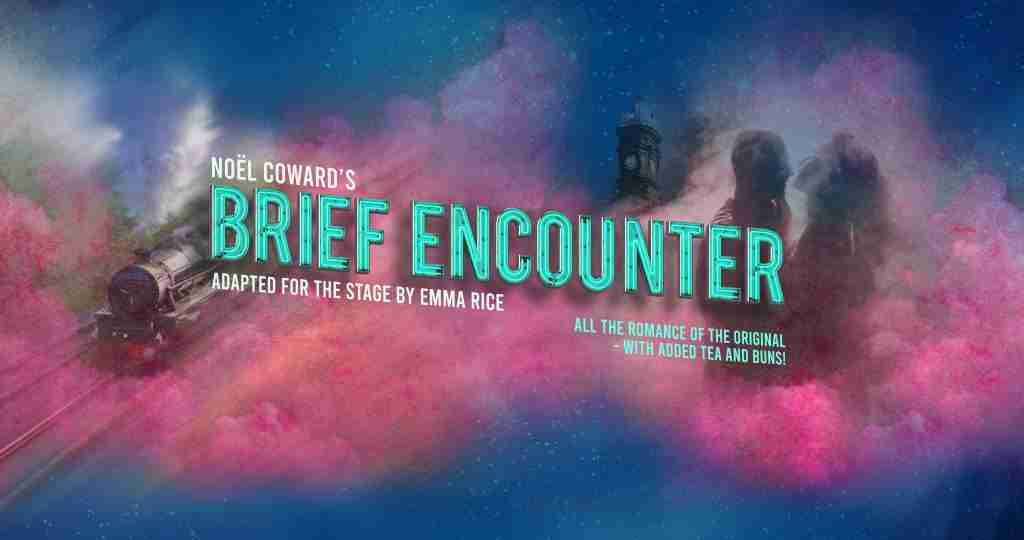 A co-production with Octagon Theatre Bolton and Theatre by the Lake, Keswick, a new production of Emma Rice‘s sublime adaptation of Noël Coward’s BRIEF ENCOUNTER runs in-the-round at the brilliant Stephen Joseph Theatre in Scarborough until 27 August 2022, before touring to Keswick and Bolton later in the year.

Directed by Paul Robinson, this innovative production turns Noël Coward’s film inside out, adding joyous musical numbers and physical comedy while still maintaining the truly classic romance of the original. 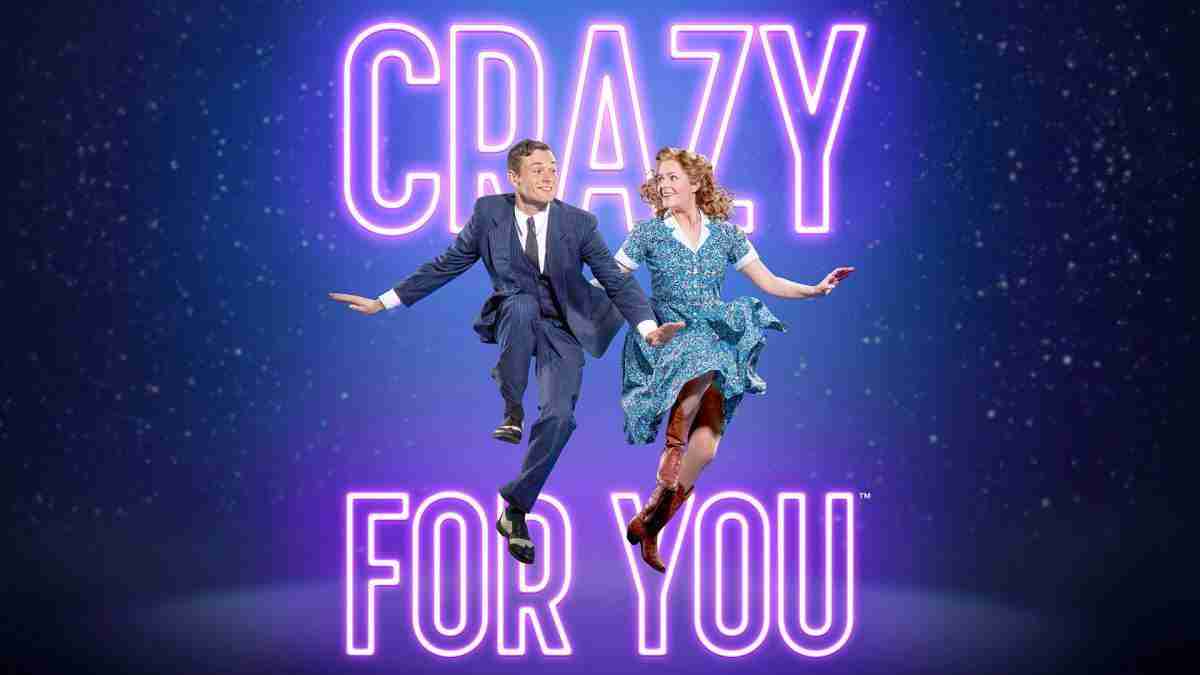 Broadway royalty Susan Stroman directs and choreographs this brand new 30th anniversary production of the Tony and Olivier Award winning musical, CRAZY FOR YOU, which runs at Chichester Festival Theatre until 4th September 2022.

Featuring a sparkling book by Ken Ludwig and glorious music and lyrics by George Gershwin and Ira Gershwin, this spectacular new production stars Charlie Stemp as Bobby and Carly Anderson as Polly. 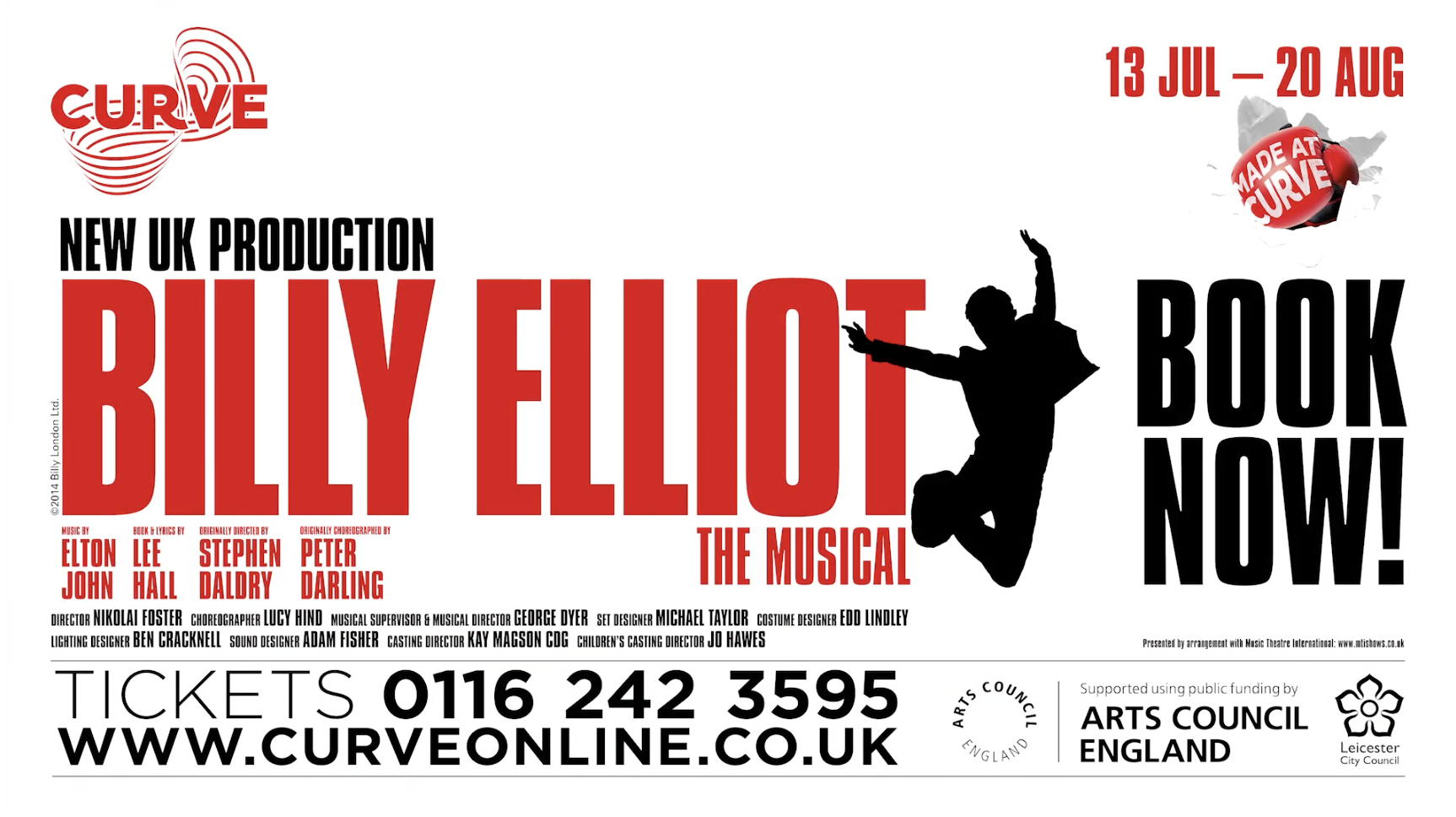 For the first time in the UK, the multi-award-winning modern classic BILLY ELLIOT THE MUSICAL gets a new look in this brand new Made at Curve production, which runs at Curve in Leicester until Saturday 20th August 2022.

Based on Stephen Daldry‘s acclaimed 2000 film, with music by Elton John and book and lyrics by Lee Hall, this electrifying five-star production is directed by Nikolai Foster and choreographed by Lucy Hind.

Tony Roper’s brilliant theatre classic THE STEAMIE is back in an all new 35th-anniversary production, running at Dundee Rep Theatre from Saturday 13 August to Saturday 10 September 2022.

With community, friendship and family at its heart, this sensational new production directed by Becky Hope-Palmer promises a night of unashamed nostalgia and hilarious comedy from one of Scotland’s most popular plays. 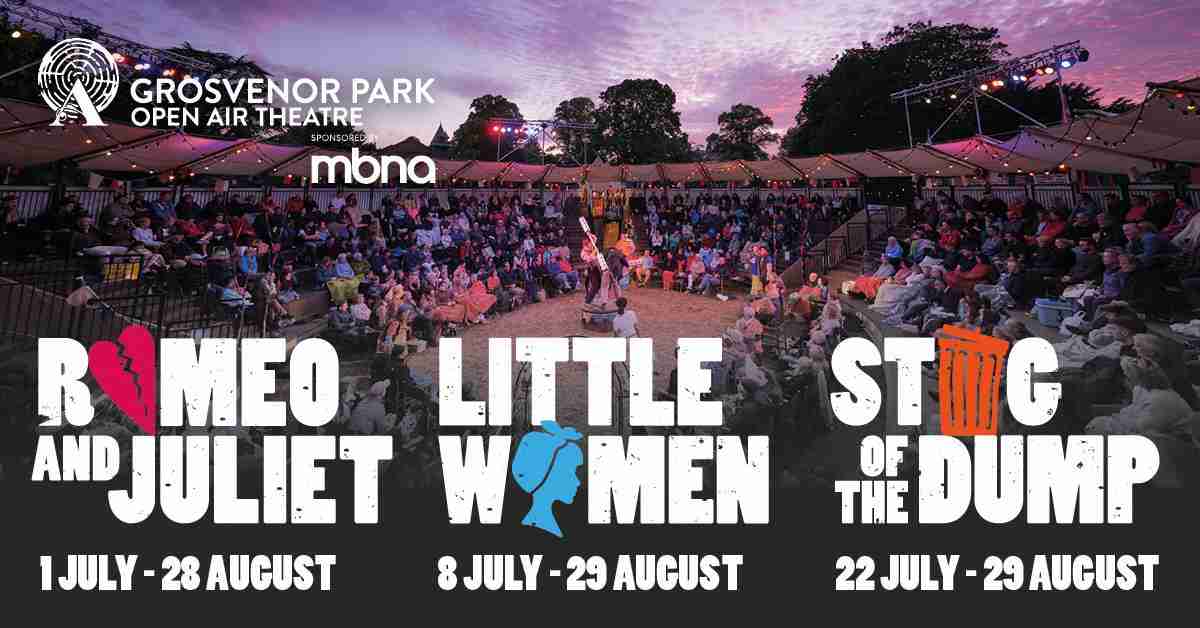 This summer, Grosvenor Park Open Air Theatre – in the heart of Chester city centre- presents three new productions running in repertory until 29 August, as part of a 2022 Summer Season produced by Storyhouse.

The treasured story of the March sisters is reimagined for Grosvenor Park and brought to vivid life in this timely adaptation of Louisa May Alcott’s timeless novel LITTLE WOMEN. Brought to the stage in a new adaptation by Anne Odeke, Natasha Rickman‘s première production sees the action transported from Civil War America to Britain at the outbreak of the First World War in August 1914.

A magical new version of Clive King‘s beloved story STIG OF THE DUMP is brought to life with a brand new wild and wonderful twist in this new production directed by Harry Jardine. Join the junkyard band, discover an amazing new language and go wild with a caveman in this riotous celebration of friendship and kindness, adapted by acclaimed writer Jessica Swale. 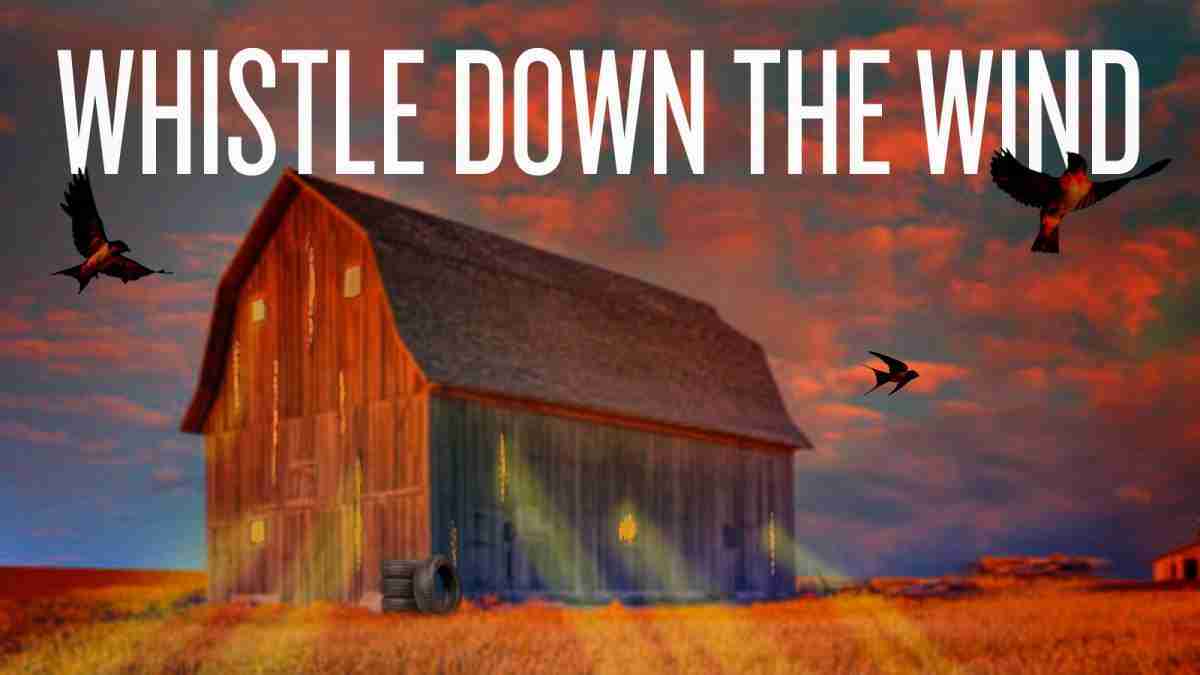 Tom Jackson Greaves directs this brand new production of Andrew Lloyd Webber and Jim Steinman’s 1996 musical, WHISTLE DOWN THE WIND, the first major UK revival since 2010, which runs at The Watermill Theatre in Newbury until Saturday 10th September 2022.

This brave and fresh new interpretation features a company of actor-musicians alongside a cast of talented local young performers to bring to life Andrew Lloyd Webber’s stirring adaptation of the classic 1961 British film.

Magical new West End destination WONDERVILLE will officially open its doors on Tuesday 9 August 2022 with Wonderville Magic & Cabaret, the anticipated next chapter in the Wonderville story from the producers of the smash hit show Wonderville: Magic & Illusion. The latest addition to the UK’s premier magic brand will sees audiences become immersed in a purpose-built intimate cabaret table seated venue at 57-60 Haymarket (formerly Planet Hollywood) in the heart of London’s West End. 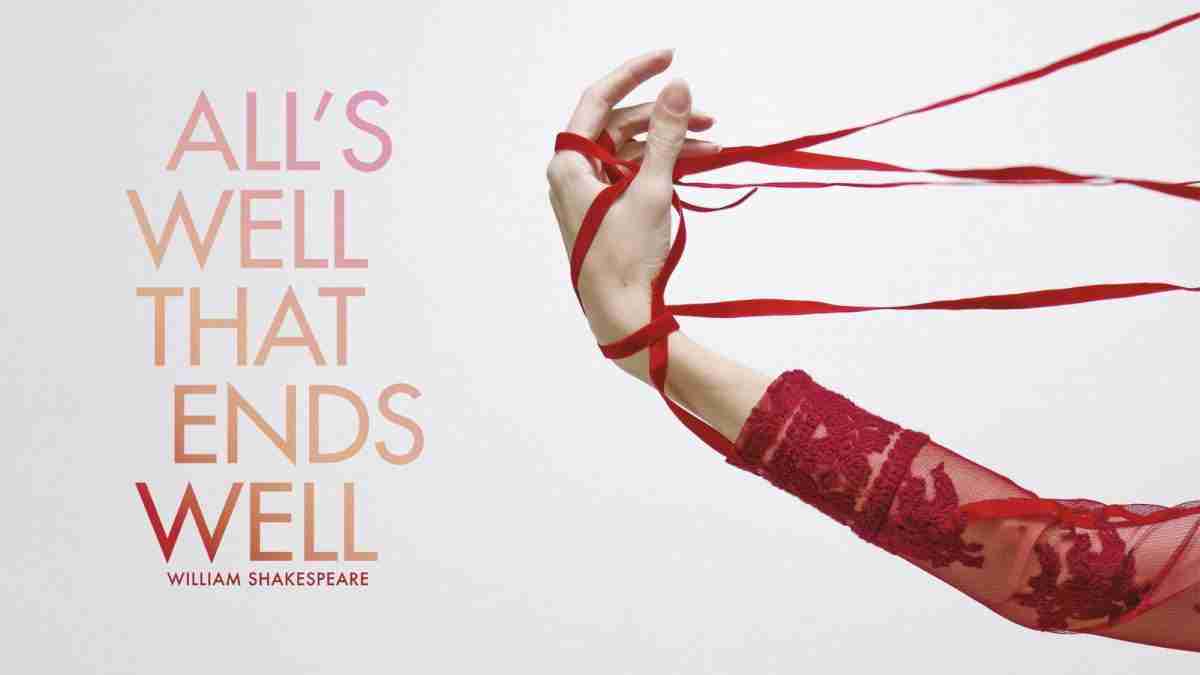 From the creators of the Tony Award-winning hit musical Urinetown comes the bizarre, bio-historical musical comedy, YEAST NATION, a unique fever dream charting the origins of the first single-celled organisms, which has its European Premiere at the Southwark Playhouse until 27 August 2022.

Benji Sperring directs this unique theatre experience; a weird and wonderful prequel to the much loved Urinetown. 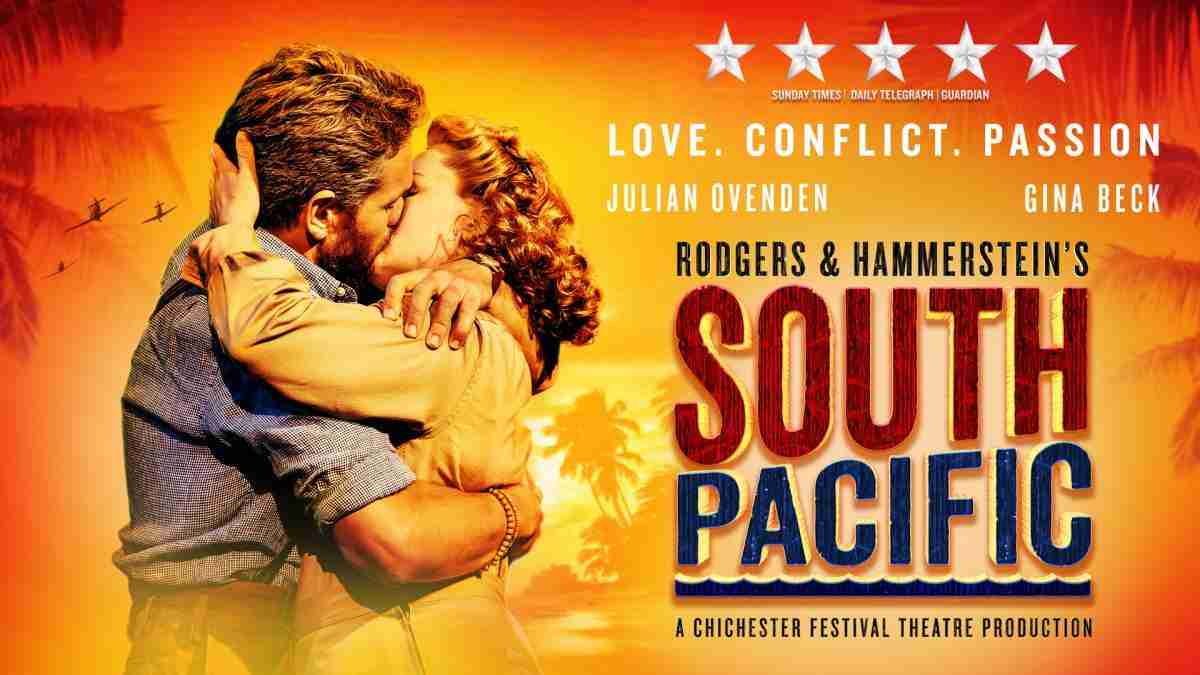 It’s 1895 and Annie Londonderry has returned victorious to America, hailed as the first woman ever to cycle around the world.

Nominated for the Best Musical Theatre Book Writing in the 2022 Writers Guild Awards, and winner of an Off West End OFFCOM Award, the first full production of the acclaimed new musical RIDE will have its world premiere at London’s Charing Cross Theatre from 25 August to 17 September 2022.

With music, book and lyrics by Freya Catrin Smith and Jack Williams, and directed by Sarah Meadows, this new musical charts one woman’s radical act and explores the lies we tell to escape ourselves. 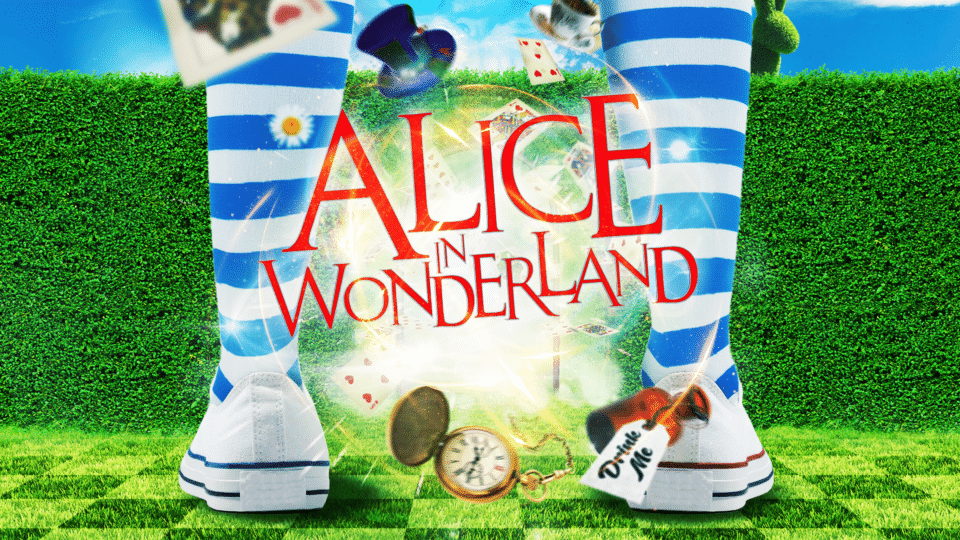 Olivier Award-winning playwright Mike Kenny has reimagined Lewis Carroll’s beloved classic ALICE IN WONDERLAND for the stage in a brand new production that will presented at The Mercury Theatre in Colchester from Friday 29 July to Sunday 14 August 2022.

Directed by Emma Earle and with music by Ivan Stott, this reimagined new interpretation promises to be an evening of mirth, music and mayhem – fun for all the family!

CHESS, with music by ABBA legends Benny Andersson and Björn Ulvaeus, and lyrics by the incomparable Sir Tim Rice, returns to the West End for the first time since 2018. The production will star Samantha Barks as Florence, Hadley Fraser as Anatoly, Joel Harper-Jackson as Freddie, Frances Mayli McCann as Svetlana, Ako Mitchell as The Arbiter, and newly announced Craige Els as Molokov.

Winner of six Tony Awards and the Olivier Award for Best New Musical in 2016, KINKY BOOTS features a joyous score by Cyndi Lauper and a hilarious, uplifting book by Harvey Fierstein and returns to the West End for the first time since 2019. The production stars Cedric Neal, Joel Harper-Jackson and Courtney Bowman.

TREASON is the explosive new musical about the gunpowder plot, featuring stunning music by Ricky Allan and book & lyrics by Ricky Allan & Kieran Lynn. Carrie Hope Fletcher, Bradley Jaden and Simon-Anthony Rhoden are amongst the incredible cast performing in this explosive new British musical, which will be performed live in concert in front of an audience for the very first time.

Nick Winston directs and choreographs this new production of the uplifting British musical comedy, HALF A SIXPENCE, which runs at Kilworth House Theatre until 28th August 2022.

Based on the 1905 novel by H.G. Wells and the original musical by Beverley Cross & David Heneker, HALF A SIXPENCE has original songs by David Heneker, book by Julian Fellowes, new songs & additional lyrics by George Stiles and Anthony Drewe, orchestrations by William David Brohn and is co-created by Cameron Mackintosh. 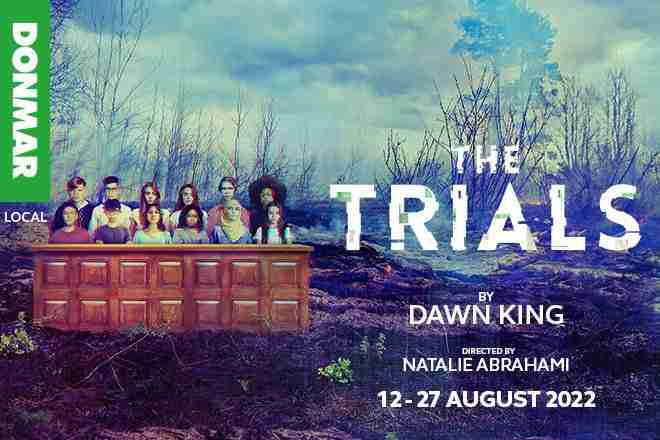 The climate crisis is unfolding and our generation is being judged.

Written by Dawn King, THE TRIALS is a searing and timely dystopian courtroom drama which sees a teenage jury hold their elders to account for crimes against the climate.

The next generation of talent star alongside leading actors in this UK premiere production, directed by Natalie Abrahami.

THE TRIALS runs at the Donmar Warehouse in London from 12 August to 27 August 2022. 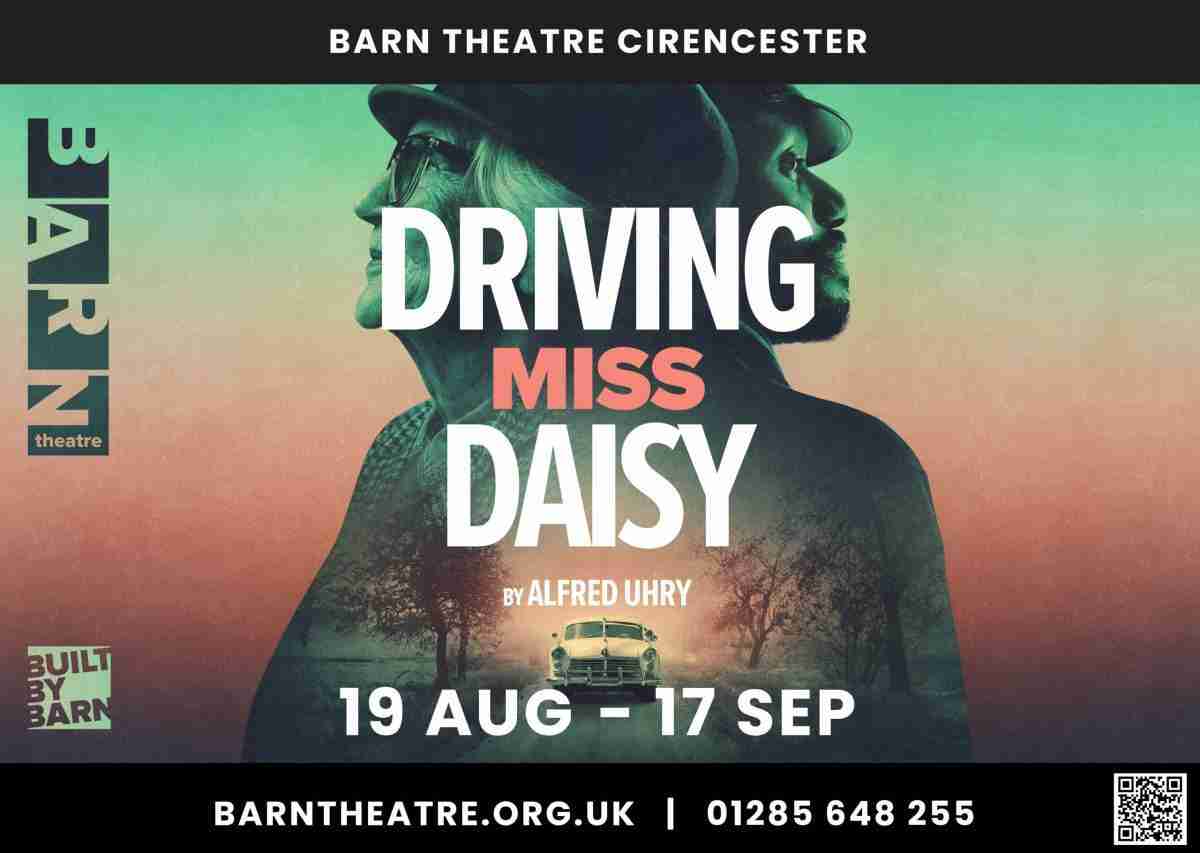 Alfred Uhry’s Pulitzer Prize-winning play DRIVING MISS DAISY will be presented in a brand new production at The Barn Theatre in Cirencester from 19 August to 17 September 2022 to mark the 35th anniversary of the landmark drama.

DRIVING MISS DAISY is set in Atlanta just prior to the civil rights movement and spans twenty-five years, from 1948 to 1973. 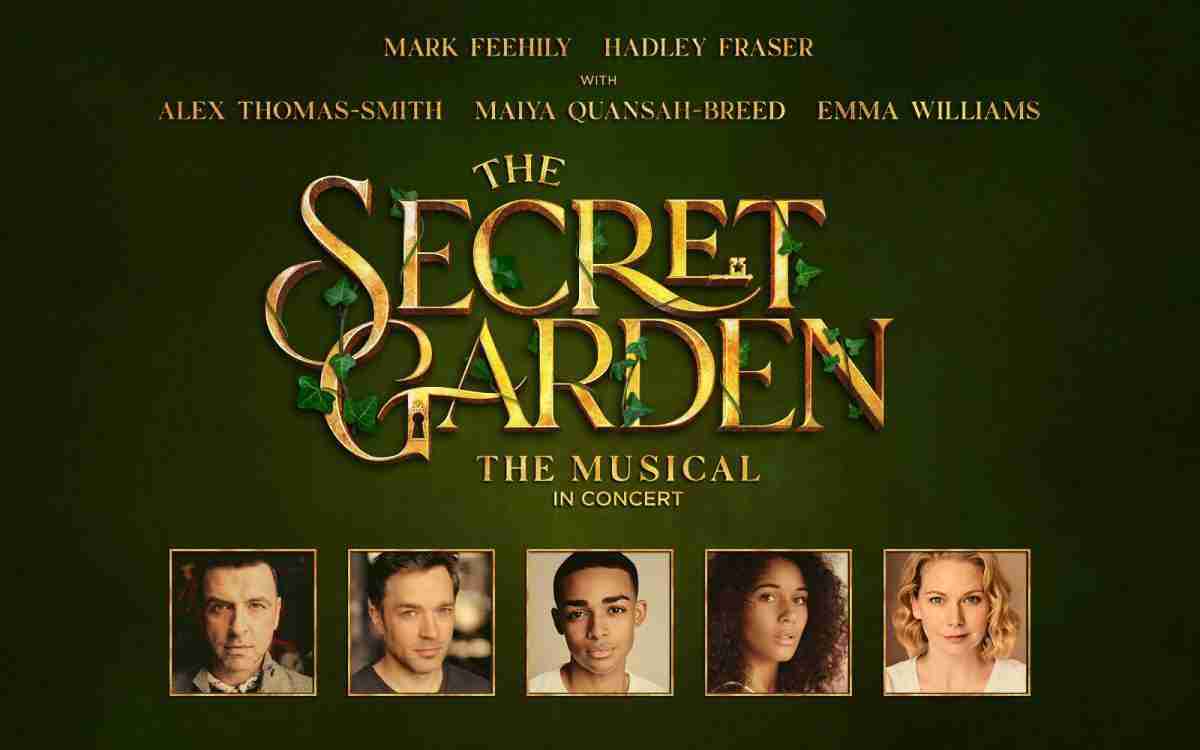 The beautiful, Tony Award-winning musical masterpiece THE SECRET GARDEN returns to the West End for a one-night-only concert celebration at The London Palladium on Sunday 28 August 2022.

Based on the novel by Frances Hodgson Burnett with book and lyrics by Marsha Norman and music by Lucy Simon, this concert production will be directed by Nick Winston with music direction by Adam Hoskins.

A newly commissioned musical, based on Dodie Smith‘s classic story set in the heart of Regent’s Park, 101 DALMATIANS has music and lyrics by Douglas Hodge and a book by Johnny McKnight. Timothy Sheader directs this puppetry-packed new open air production, perfect for a summer’s day.