This release includes an outer slipcase which houses the collectible SteelBook® in an acetate o-ring, a blueprint poster, art cards, pin and patch along with the film on 4K UHD™ and on Blu-ray™. 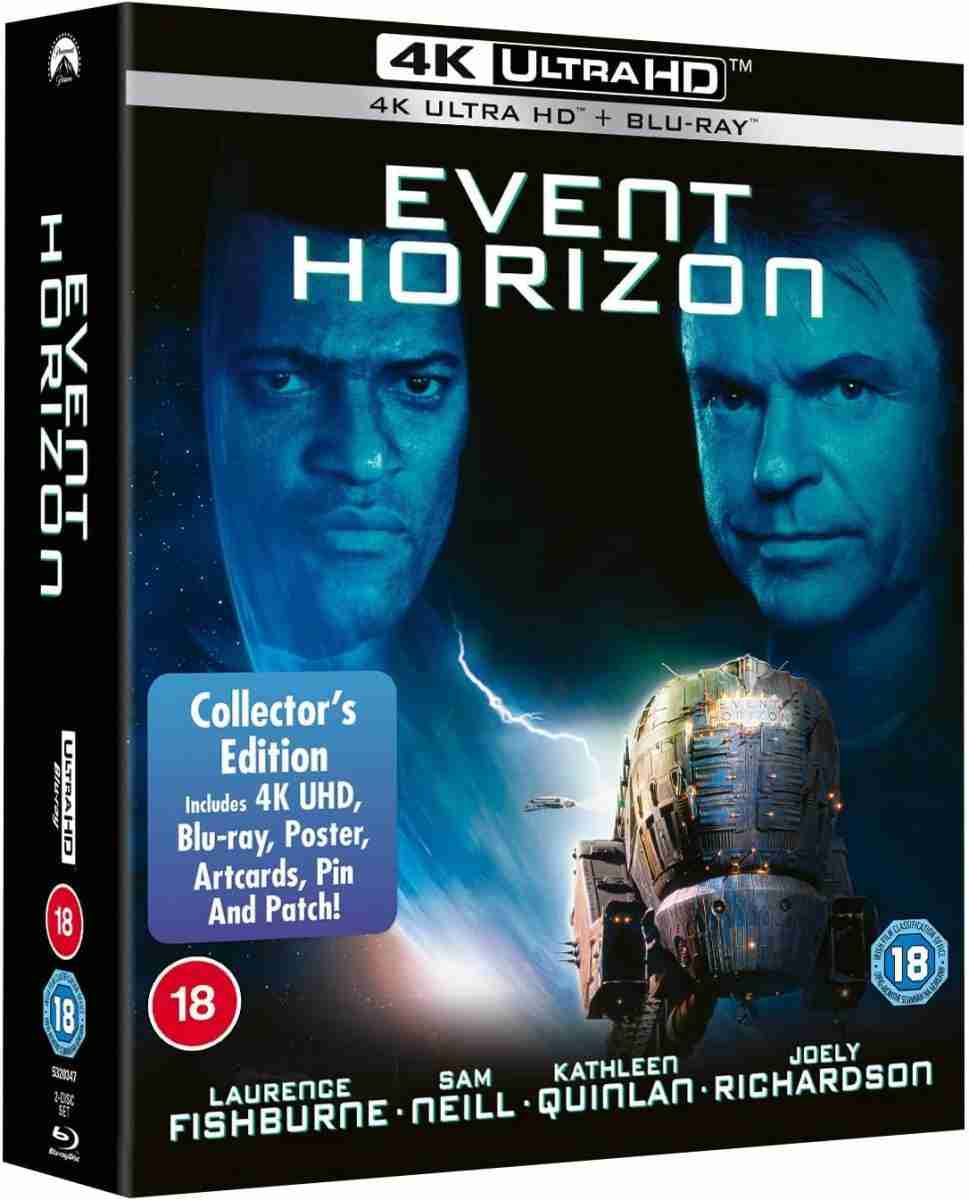 Seven years ago, pioneering research spacecraft “Event Horizon” mysteriously vanished without a trace on its maiden voyage. But then, in the darkness of deep space, a persistent signal prompts a crew to make their way through the galaxy on a bold rescue mission. What they uncover is an unimaginable interstellar horror that will test the entire team’s sanity and souls. 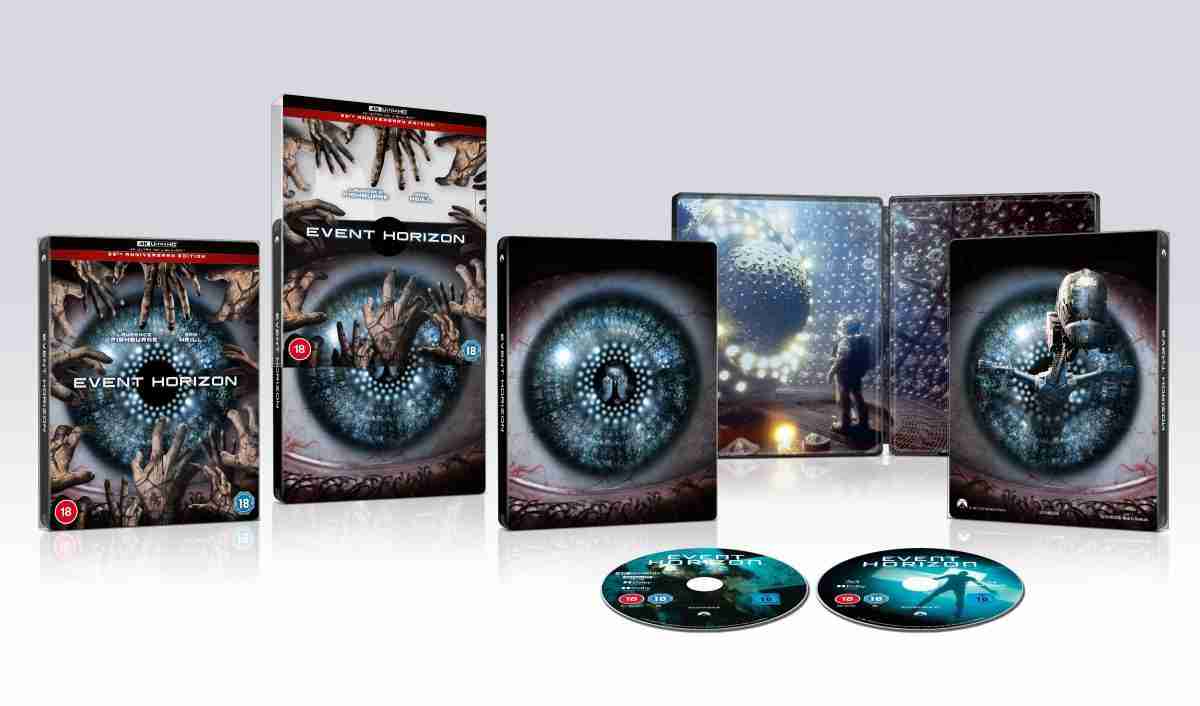 Both versions of the Event Horizon release contain the following legacy bonus content on Blu-ray Disc™:

• THE MAKING OF EVENT HORIZON – 5 DOCUMENTARIES

• THE POINT OF NO RETURN: The Filming of Event Horizon with Director Commentary