Jordan Roth, President of Jujamcyn Theaters, has announced that the hugely acclaimed and completely sold-out New York City Center Encores! production of James Lapine and Stephen Sondheim’s beloved musical, Into the Woods, will transfer to Broadway for a strictly limited, 8-week engagement at the St. James Theatre from 28th June to 21st August 2022.

Into the Woods is directed by Lear deBessonet, music direction by Rob Berman with The Encores! Orchestra, and choreographed by Lorin Latarro. This production is dedicated to the memory of Stephen Sondheim.

Additional casting will be announced at a later date. 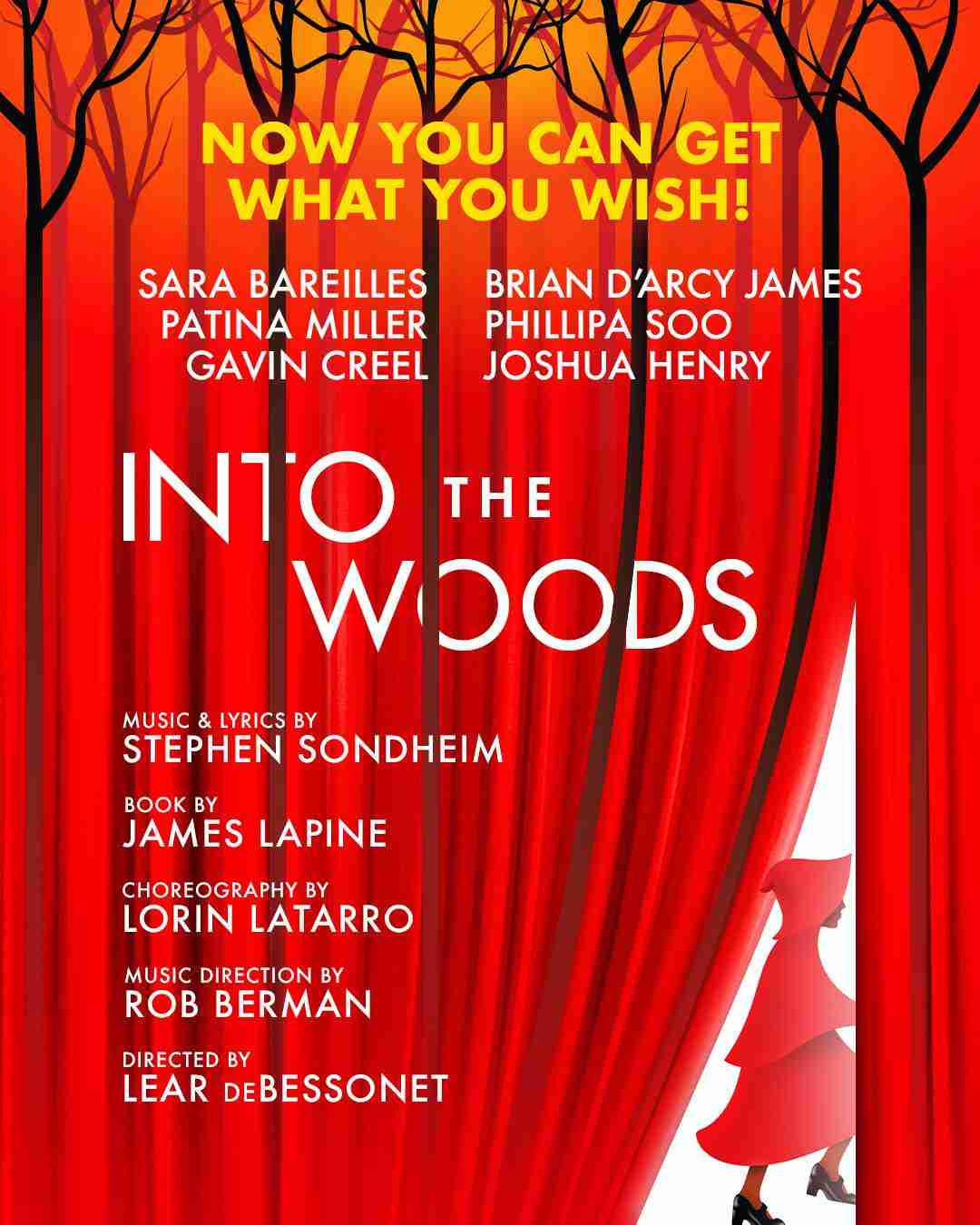