‘PSYCHO’ returns to cinemas with a new 4K restoration of the original theatrical cut on 27th May 2022! 🔪

Alfred Hitchcock’s iconic masterpiece PSYCHO will return to UK and Irish cinemas nationwide from 27th May 2022 with a new 4K Restoration of the original theatrical cut.

This 4K restoration is an extended version of the movie and features 13 seconds of restored footage which had been cut by the censors after the initial theatrical release. It can now be seen how it was originally seen in cinemas in 1960, exactly as intended by Alfred Hitchcock.

The film will screen in 100+ UK and Irish cinemas, including Vue, Odeon, Picturehouse and independent cinemas nationwide as well as selected international territories, including: France, Austria, Spain, Denmark and Switzerland.

The film stars Anthony Perkins as the troubled Norman Bates, whose old dark house and adjoining motel are not the place to spend a quiet evening. No one knows that better than Marion Crane (Janet Leigh), the ill-fated traveller whose journey ends in the notorious “shower scene.” First a private detective, then Marion’s sister (Vera Miles) searches for her, the horror and the suspense mount to a horrifying climax where the mysterious killer is finally revealed. Join the Master of Suspense, Alfred Hitchcock, on a chilling journey as an unsuspecting victim visits the Bates Motel and falls prey to one of cinema’s most notorious psychopaths – Norman Bates. 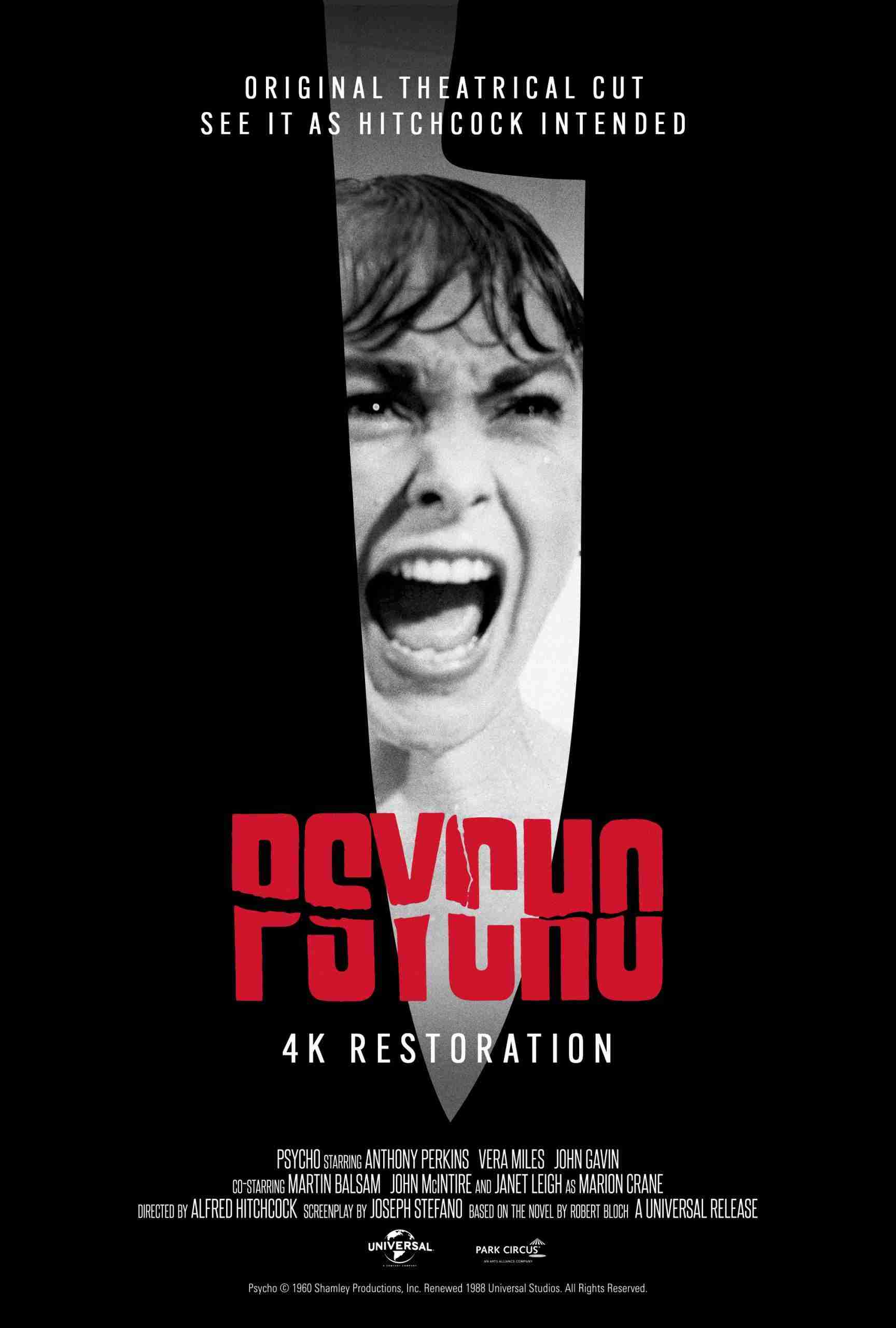