ThickSkin and Lawrence Batley Theatre have announced full casting for the world premiere of Matthew Bulgo‘s new play, Blood Harmony, featuring music by acclaimed Indie folk trio The Staves, which is co-produced with Watford Palace Theatre and Wales Millennium Centre and supported by The Lowry.

Blood Harmony will open at The Lowry from 10 to 18 June, then tour to The Dukes Theatre Lancaster from 24 to 25 June and then complete this first leg of the tour at its home venue the Lawrence Batley Theatre from 28 June to 2 July 2022, before heading out on a second tour in 2023.

Indie folk trio, The Staves, are famous for their soulful harmonies. The band of three sisters wrote their most recent album, Good Woman, following the loss of their mother. Inspired by the album and The Staves’ music, Matthew Bulgo (Last Christmas, #YOLO), Jonnie Riordan (Nigel Slater’s Toast, The Witchfinder’s Sister) and Jess Williams (The Ocean at the End of the Lane, Beginning) came together to create a powerful new play about love, loss and legacy. 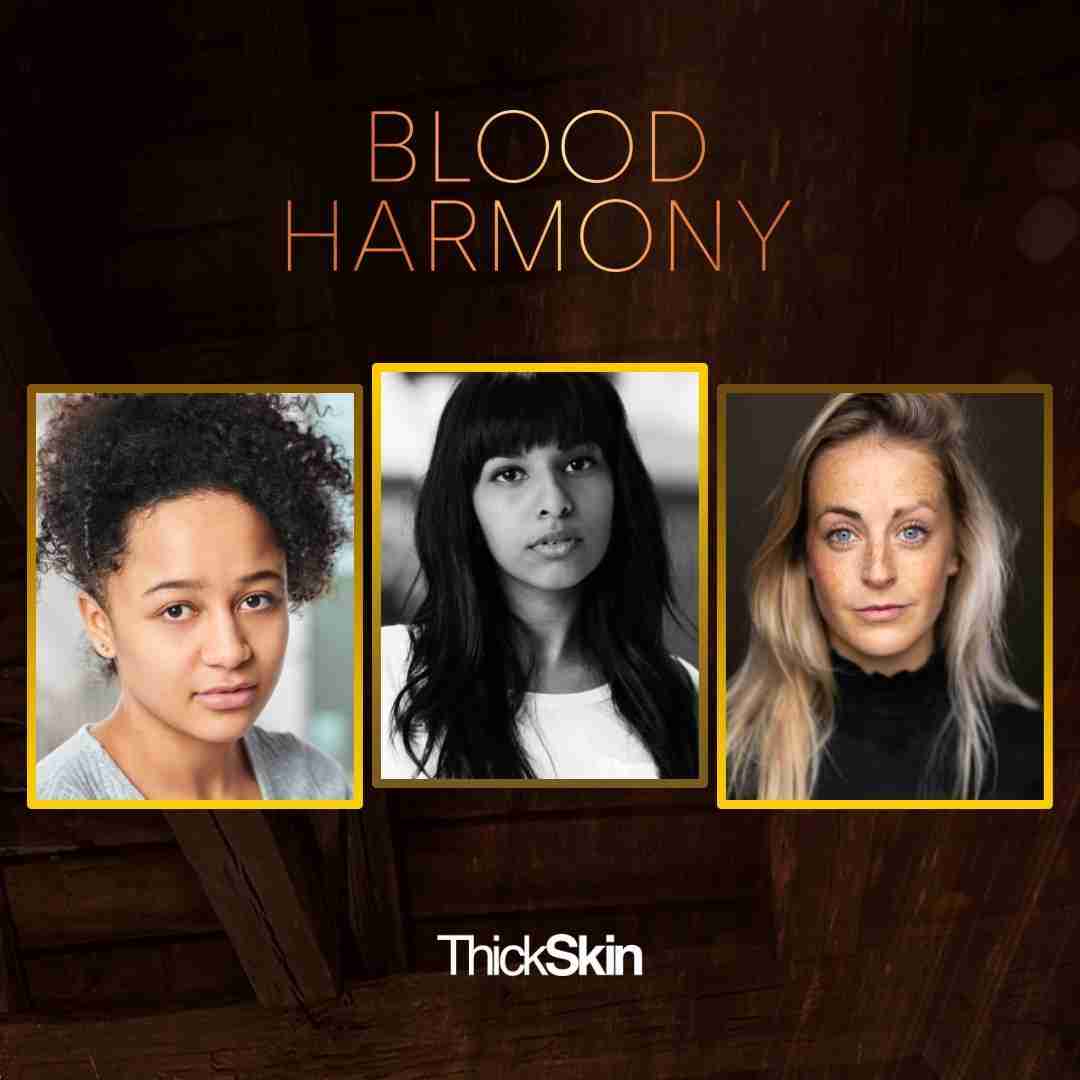 Blood Harmony, which means the unique and beautiful sound created when siblings sing together, shares the story of a fractured trio of sisters, pulled back together with news that turns their worlds upside down. Tensions from the past and worries about the future leave them feeling paralysed. When it feels like your world has come to a stop, how do you find a way to keep moving forward?

Music by The Staves will be woven through the show with exclusive new arrangements by Kate Marlais (Enter Achilles, Fatherland) sung live by the talented cast of three women. The band have also created an original song exclusively for this unique production.

This is a powerful new play with music by award-winning theatre company, ThickSkin building on their successful partnership with the Lawrence Batley Theatre – the co-producers behind the five-star show, How Not To Drown (Fringe First winner and Hector Macmillan Award 2019).

Blood Harmony is written by Matthew Bulgo, co-directed by Jonnie Riordan and Jess Williams, composed by The Staves, with musical direction and arrangements by Kate Marlais, design by Hayley Grindle, sound design by Charlotte Barber, and lighting design by Charly Dunford. The team deliver ThickSkin’s trademark physicality and cinematic style in this stunning new production.