Paramount Pictures and Spyglass Media Group have released a brand new cast poster for SCREAM, which will be released exclusively in cinemas on 14 January 2022. 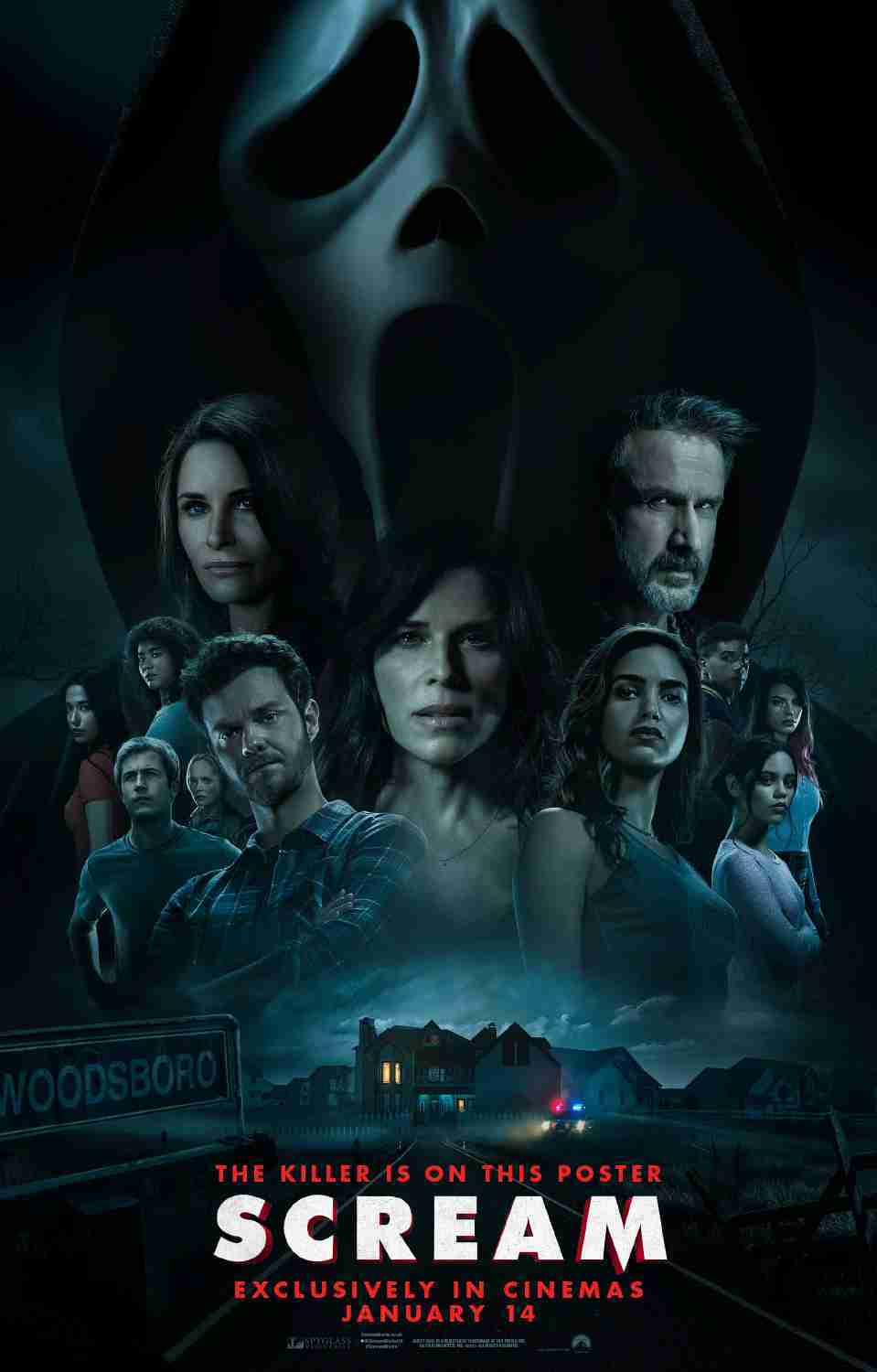 Twenty-five years after a streak of brutal murders shocked the quiet town of Woodsboro, a new killer has donned the Ghostface mask and begins targeting a group of teenagers to resurrect secrets from the town’s deadly past.