Vertigo Releasing released the world exclusive first trailer and UK poster for Philip Barantini‘s intense new drama-thriller, BOILING POINT, which will be released in cinemas across the UK and Ireland on 3rd December 2021.

BOILING POINT has its UK premiere in the THRILL strand at the 65th BFI London Film Festival tonight.

This is ‘Magic Friday’, the last Friday before Christmas and the busiest night of the year. Andy Jones, Head Chef at one of the top restaurants in London, is battling debts, addiction and an imploding personal life. The pressure is already on when health and safety services unexpectedly show up for inspection. Shot in a single take, in and out of a kitchen reaching boiling point. 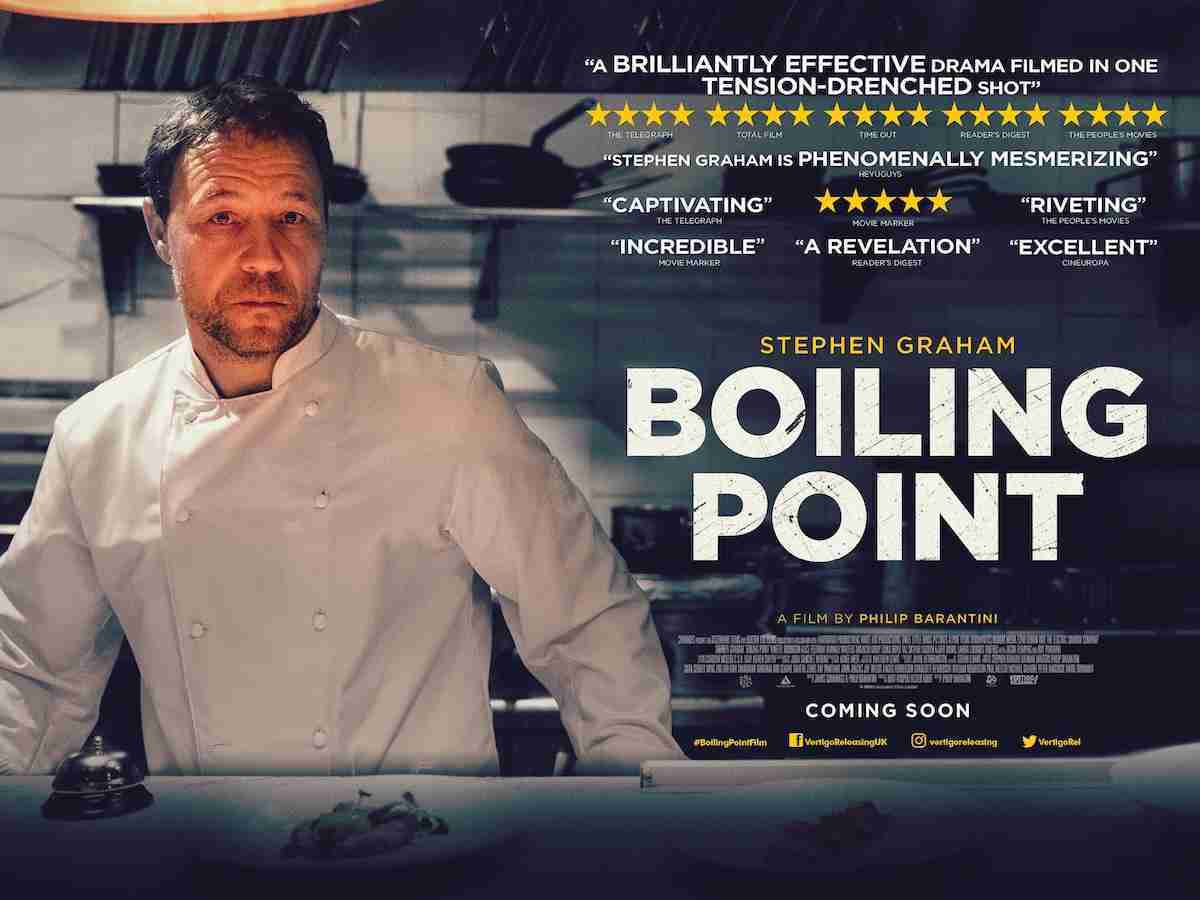 The film is directed by Philip Barantini, and Barantini and co-writer James Cummings adapted BOILING POINT from Barantini’s BIFA-nominated short of the same name, which also starred Graham. The film is produced by Bart Ruspoli and Hester Ruoff.

The film was a one-take production with its expected shoot schedule halved to two days, in order to complete filming before lockdown commenced. Shooting wrapped just five days before the pandemic forced the government to shut down the film industry, making it the last film to be on set in March 2020. Nearly all of the post production was completed remotely during the first lockdown.