‘Universal Classic Monsters Icons of Horror Collection’ will be available on 4K Ultra HD for the very first time on 4th October 2021!

Celebrate nine decades of your favourite Hollywood monsters with the UNIVERSAL CLASSIC MONSTERS ICONS OF HORROR COLLECTION, which will be available on 4K Ultra HD for the very first time in the UK on 4th October 2021 from Universal Pictures Home Entertainment.

From the era of silent movies through present day, Universal Pictures has been regarded as the home of the monsters. UNIVERSAL CLASSIC MONSTERS ICONS OF HORROR COLLECTION showcases four of the most iconic monsters in motion picture history including Dracula, Frankenstein, The Invisible Man and The Wolf Man.

Starring Bela Lugosi, Boris Karloff, Lon Chaney Jr. and Claude Rains in the roles that they made famous, these original films set the standard for a new horror genre with revolutionary makeup, mood-altering cinematography and groundbreaking special effects. 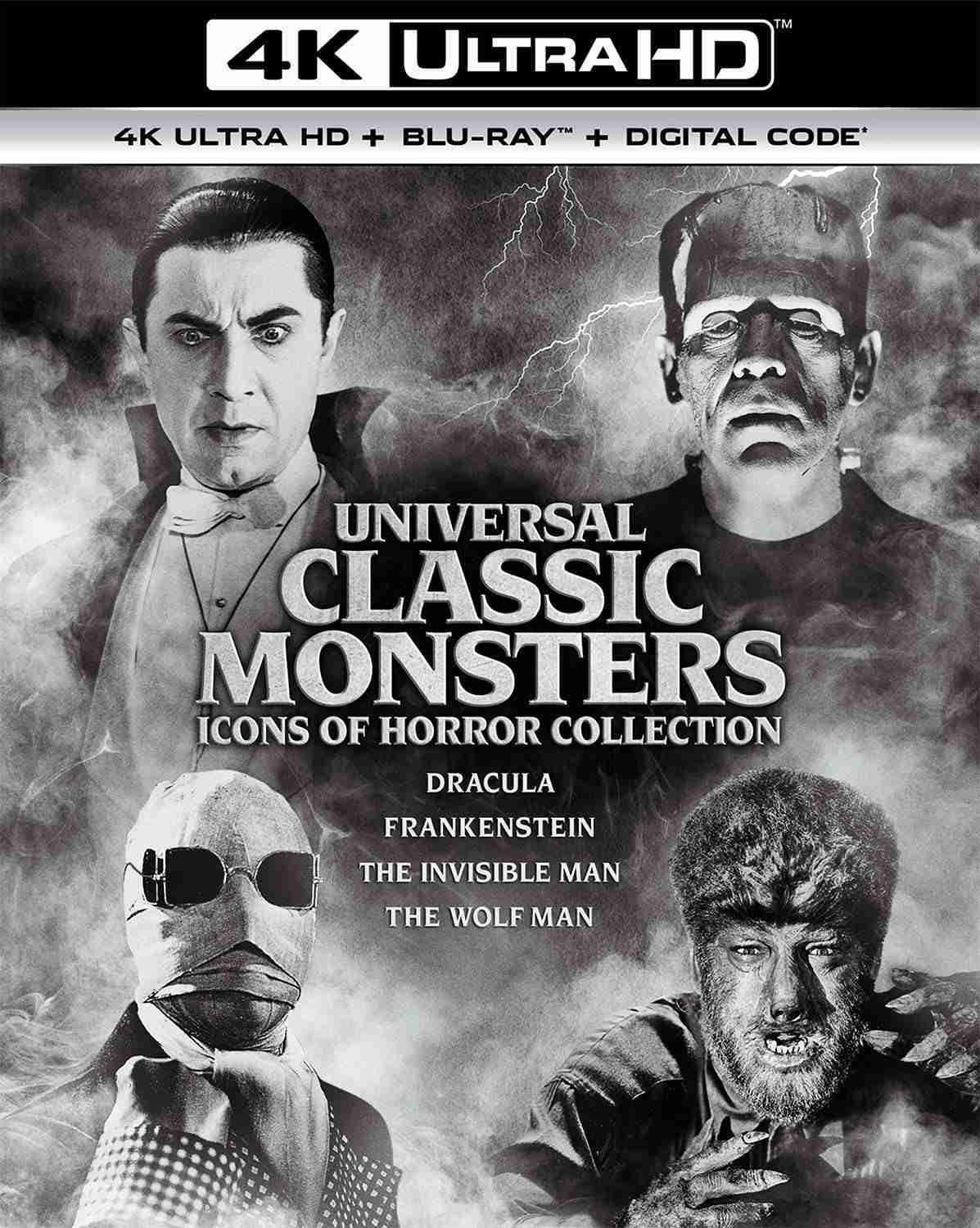