Following an acclaimed cinema release, Studiocanal have announced that Thomas Vinterberg’s intoxicating, Oscar-winning comedy drama, ANOTHER ROUND, starring Mads Mikkelsen in a BAFTA nominated performance, will be released on early EST on 24th September 2021 and on Blu-ray, DVD and Digital on 27th September 2021. 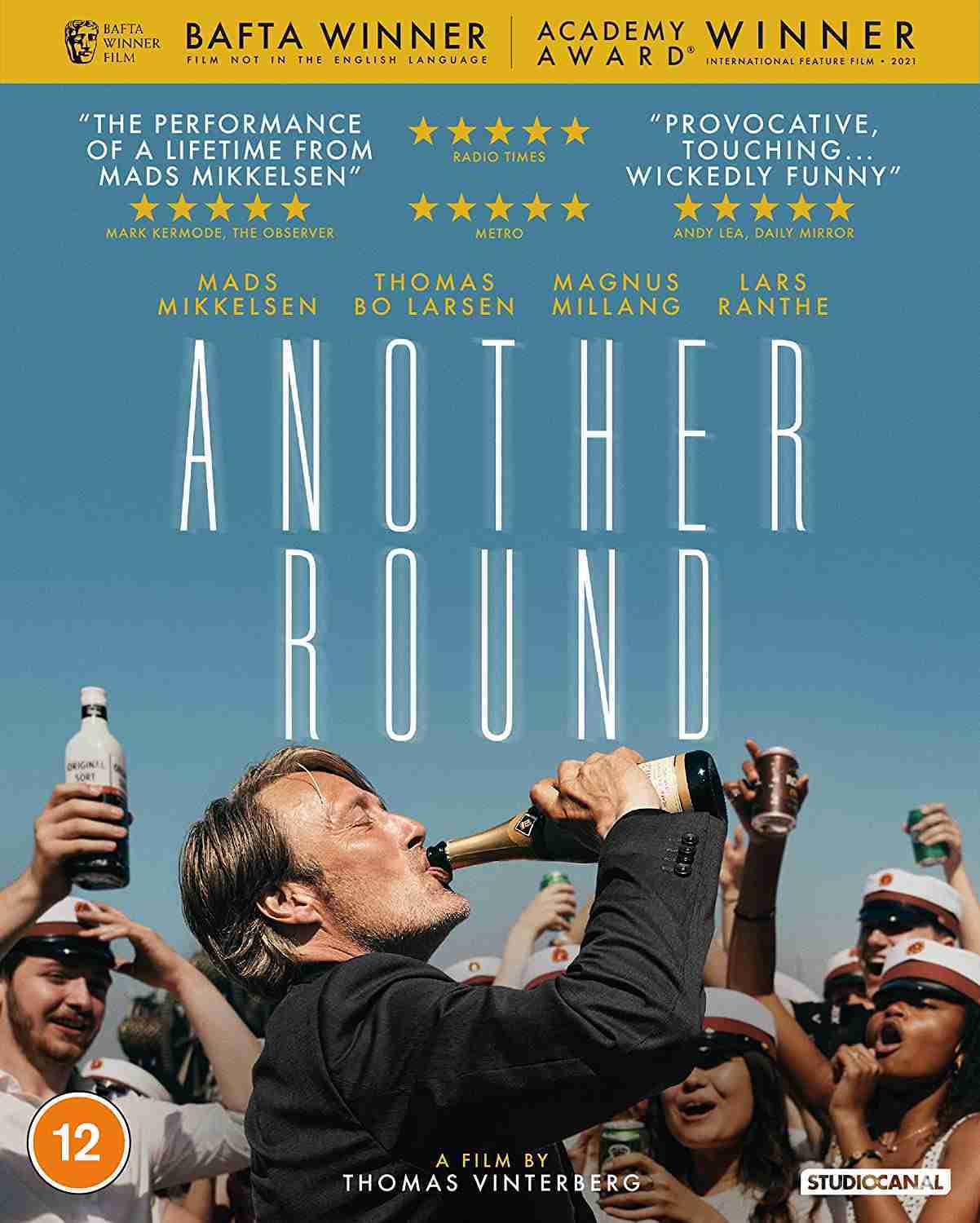 ANOTHER ROUND is a darkly funny drama which unfolds from a group of weary middle-aged teachers, led by Mads Mikkelsen, who embark on an experiment to see if being in a state of slight and constant intoxication will improve their outlook on life. While results initially seem positive, the experiment quickly begins to spiral out of control with dire consequences.

There’s a theory that we should be born with a small amount of alcohol in our blood, and that modest inebriation opens our minds to the world around us, diminishing our problems and increasing our creativity. Heartened by that theory, Martin (Mads Mikkelsen) and three of his friends, all weary high school teachers, embark on an experiment to maintain a constant level of intoxication throughout the workday. If Churchill won WW2 in a heavy daze of alcohol, who knows what a few drops might do for them and their students?

Initial results are positive, and the teachers’ little project turns into a genuine academic study.  Both their classes and their results continue to improve, and the group feels alive again! As the units are knocked back, some of the participants see further improvement and others start to go off the rails. It becomes increasingly clear that while alcohol may have fuelled great results in world history, some bold acts carry consequences.