Eureka Entertainment to release ‘THE SABATA TRILOGY’ on Blu-ray as part of the Eureka Classics range on 18 October 2021!

Eureka Entertainment will release THE SABATA TRILOGY, Gianfranco Parolini’s trio of classic Spaghetti Westerns, on Blu-ray for the very first time in the UK as part of the Eureka Classics range on 18 October 2021. 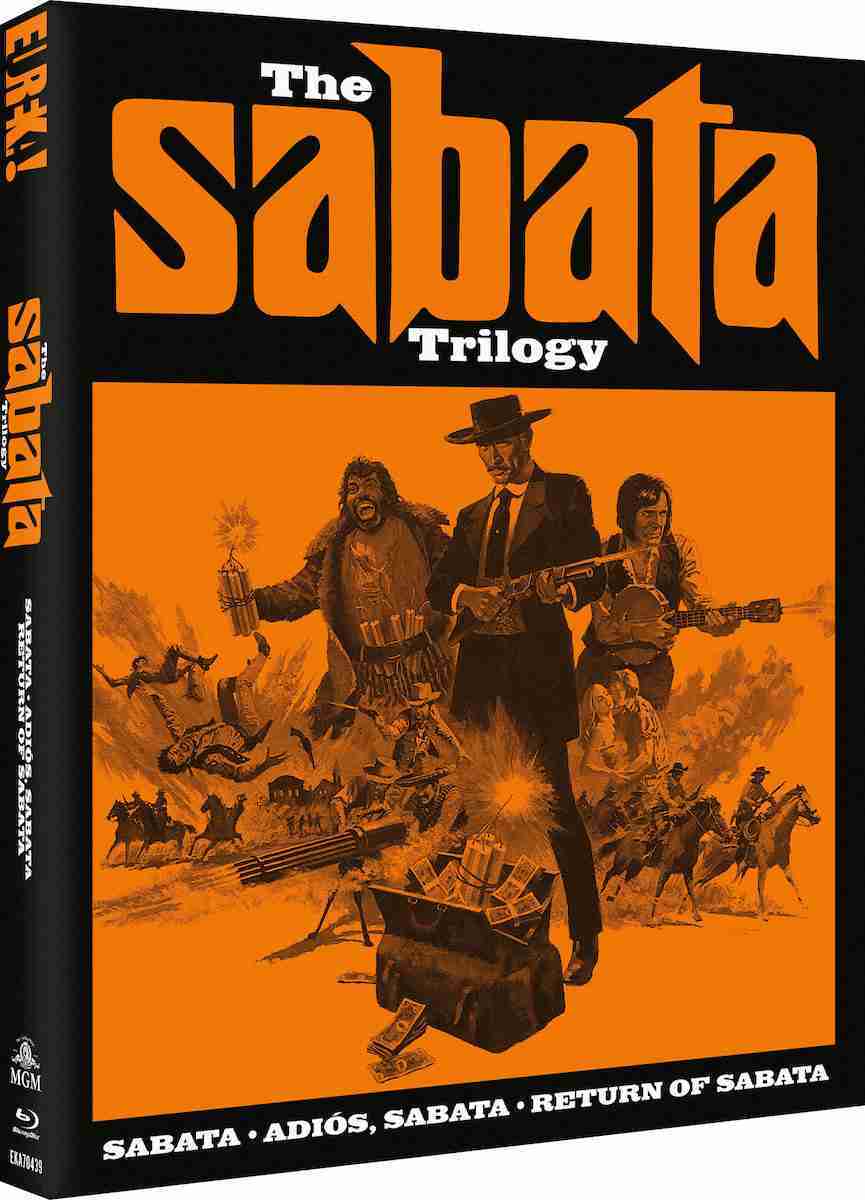 Sabata (1969) – Who he is and where he came from, no one knows. But the leading citizens of the Western town of Daugherty think he knows too much. And they want to silence him; forever. Get ready for the fast-paced, explosive action as Lee Van Cleef stars as Sabata, a mysterious, steely-eyed gunslinger who imposes his bullet-laced brand of justice on the town.

Adiós Sabata (1970) – Yul Brynner takes the reins as the title character in this action-packed sequel. Under the brutal rule of local garrison leader Colonel Skimmel, a group of Mexican revolutionaries hire gunslinger Sabata to rob a transport of Austrian gold in order to buy weapons. But Colonel Skimmel has other plans, taking the gold for himself and blaming the revolutionaries, but no scheming colonel is going to keep Sabata from earning his pay!

Return of Sabata (1971) – The great Lee Van Cleef returns as the famous freewheeling gunslinger Sabata. This third and final go-round for the enigmatic sharpshooter who administers a unique bran d of justice in the American West in the years following the Civil War finds Sabata in the role of victim. Sabata’s skills as a gambler and thief are unparalleled. However, when a shifty band of desperadoes bilks him out of $5,000, he wants revenge!

New video pieces on each film by Austin Fisher, author of Radical Frontiers in the Spaghetti Western: Politics, Violence and Popular Italian Cinema

*All extras subject to change