All 8 films in the set are fully restored and will be making their worldwide debuts on Blu-ray. 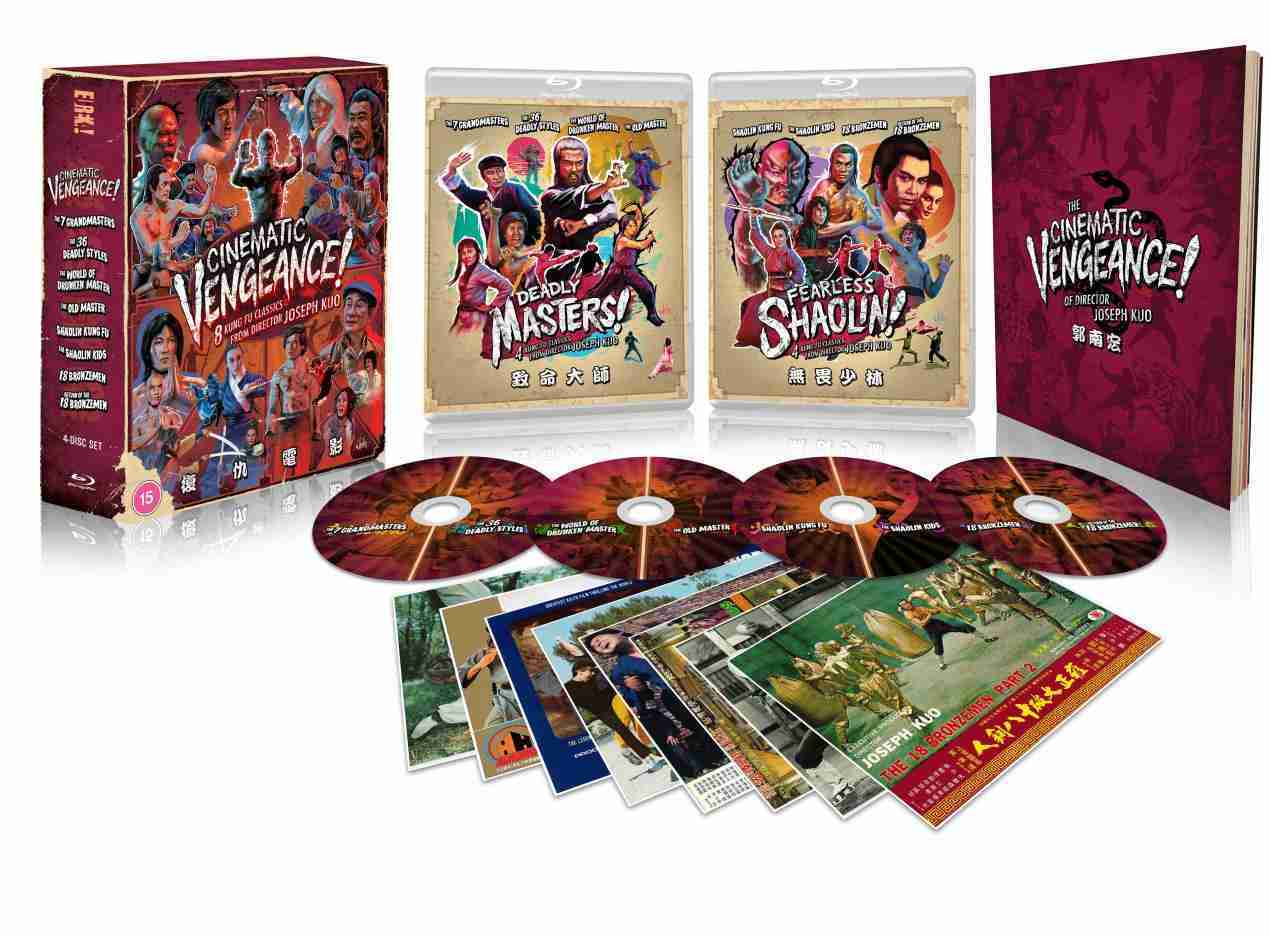 Although his name may not be as instantly recognisable as some of his contemporaries, Joseph Kuo was an incredibly successful filmmaker who consistently produced crowd-pleasing spectacles always in line with what audiences at the time wanted to see.

Often handling writing, directing, and producing duties, the success of this multi-hyphenate filmmaker is even more remarkable considering that the majority of his films were produced independently, at a time when the kung-fu genre was dominated by the big Hong Kong studios.

8 Films across four Blu-ray discs, all fully restored and presented in 1080p HD

Limited Edition 60-page booklet featuring new writing on the films included in the set by James Oliver, illustrated with archival imagery and materials

Includes: The 7 Grandmasters, The 36 Deadly Styles, The World of Drunken Master, and The Old Master

*All extras subject to change