Sony Pictures UK has released the official trailer and poster artwork for director Mona Fastvold‘s acclaimed drama, THE WORLD TO COME, which will be released in UK cinema on 23rd July 2021.

Written by Ron Hansen and Jim Shepard, and based on Shepard’s own short story of the same name, the film stars Katherine Waterston, Vanessa Kirby, Christopher Abbott and Casey Affleck.

THE WORLD TO COME had its world premiere at the 77th Venice International Film Festival where it won the Queer Lion for the best LGBTQ-themed film.

In this frontier romance framed by the four seasons and set against the backdrop of rugged terrain, Abigail (Katherine Waterston), a farmer’s wife, and her new neighbour Tallie (Vanessa Kirby) find themselves powerfully, irrevocably drawn to each other. As grieving Abigail tends to the needs of her taciturn husband Dyer (Casey Affleck) and Tallie bristles at the jealous control of her husband Finney (Christopher Abbot), both women are illuminated and liberated by their intense bond, filling a void in their lives they never knew existed. 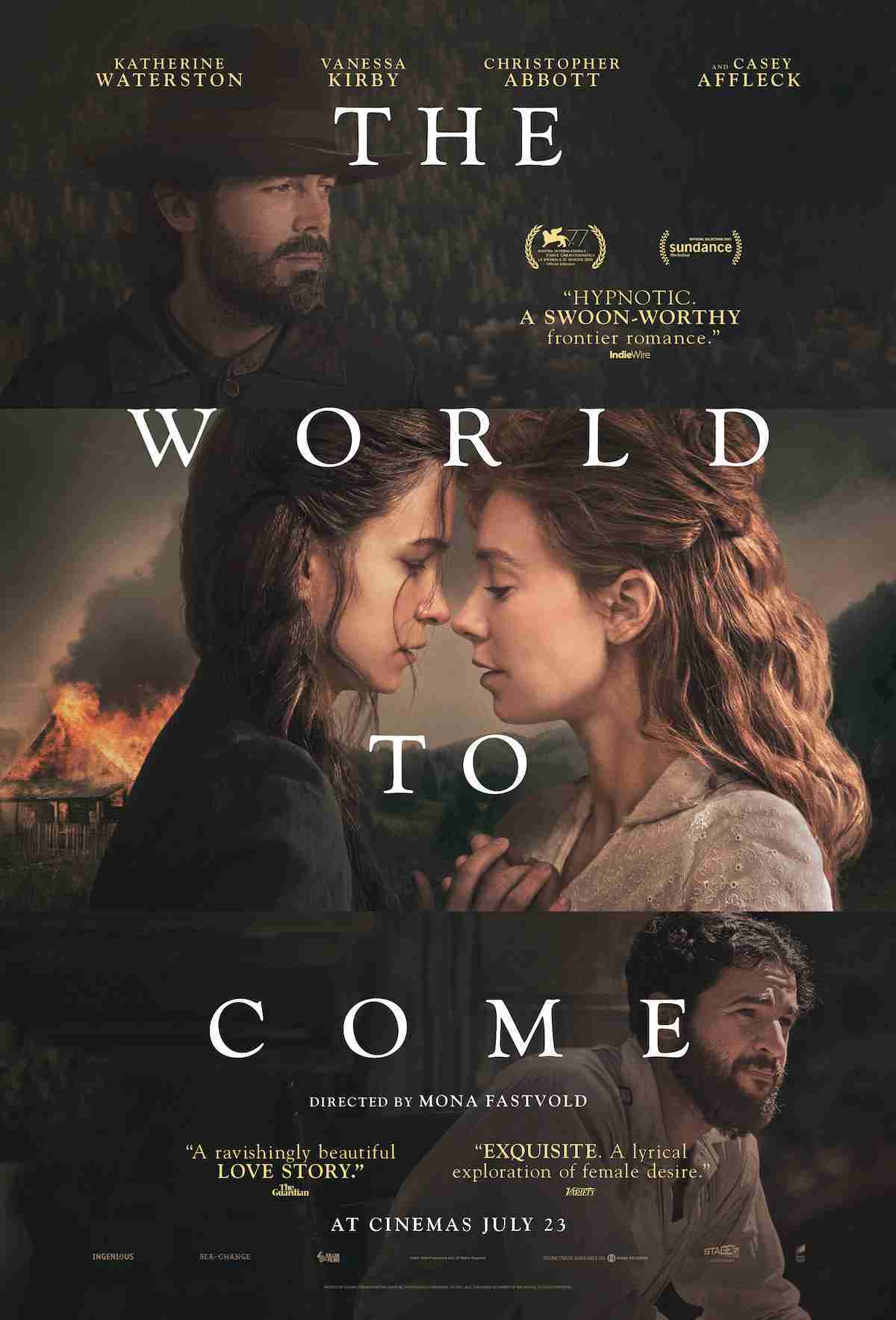