Eureka Entertainment to release ‘EARLY UNIVERSAL VOL. 1’ as part of The Masters of Cinema Series this August!

Eureka Entertainment will release EARLY UNIVERSAL VOL. 1, three early silent features from the legendary studio, fully restored and on Blu-ray for the very first time as part of The Masters of Cinema Series on 16 August 2021.

The first print run of 2000 copies will be presented with a Limited-Edition O-card Slipcase.

The Masters of Cinema Series will present three early silent features from Universal Pictures all fully restored as part of the studio’s ongoing restoration program. 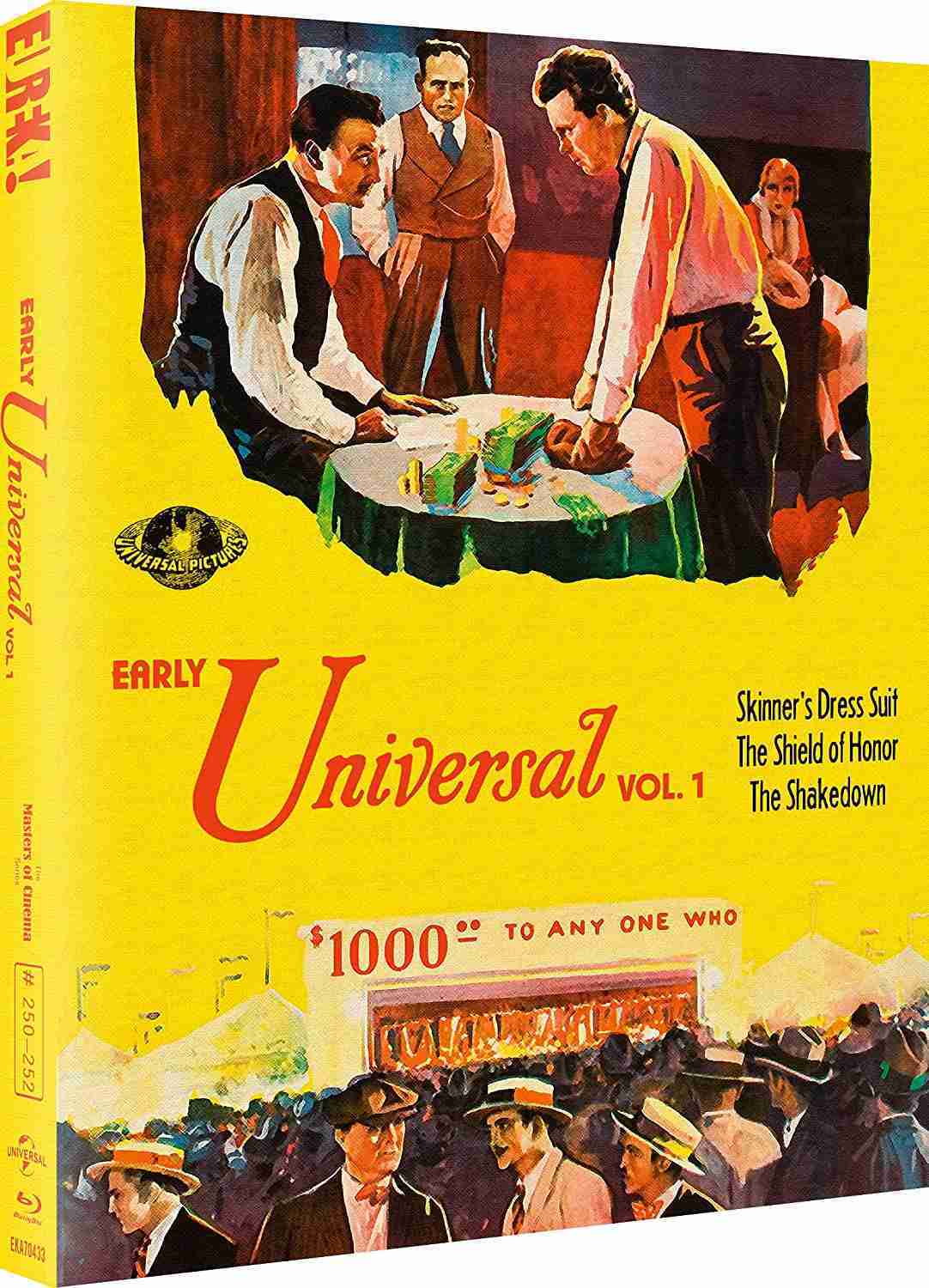 Reginald Denny stars as a shy clerk who asks his boss for a raise at the urging of his wife. His request is rejected, but he lies to his wife, who immediately goes out and buys an expensive suit, an act that upends his once-ordered life.

The LAPD has a new method of fighting crime, the Air Police! Their newest recruit, young hotshot pilot Jack MacDowell (Neil Hamilton), is tasked with catching a gang of jewellery thieves.

Dave Roberts (James Murray) is a fighter better known for taking falls in fixed fights than for taking home the prize money. But then he falls head-over-heels for a fiery waitress (Barbara Kent) and a rough-and-tumble orphan (Jack Hanlon), and he begins to dramatically alter his life inside and outside of the ring.

1080p presentation on Blu-ray from restorations undertaken by Universal Pictures (Skinner’s Dress Suit and The Shakedown restored in 4K, The Shield of Honor restored in 2K)

The Shield of Honor – score by Alex Kovacs

The Shakedown – score by Michael Gatt

A collection of additional materials from the early era of Universal Pictures, with complimentary analysis by silent film experts and historians

PLUS: A Collector’s Booklet featuring new writing on the films included in this set

* All extras subject to change