Unseen for over 50 years, Network will now present all 52 episodes of the classic BBC television murder mystery series Maigret, starring Rupert Davies as the cunning sleuth Commissaire Jules Maigret, on Blu-ray for the first time ever on 23rd August 2021.

A French counterpart to Agatha Christie’s detective characters Hercule Poirot and Miss Marple, detective Jules Maigret was created by author Georges Simenon for a hugely popular series of crime novels, and adapted for British television in the 1960s.

Running to 52 episodes and a feature-length play, this complete 1960s series has been remastered in high definition from existing film elements. 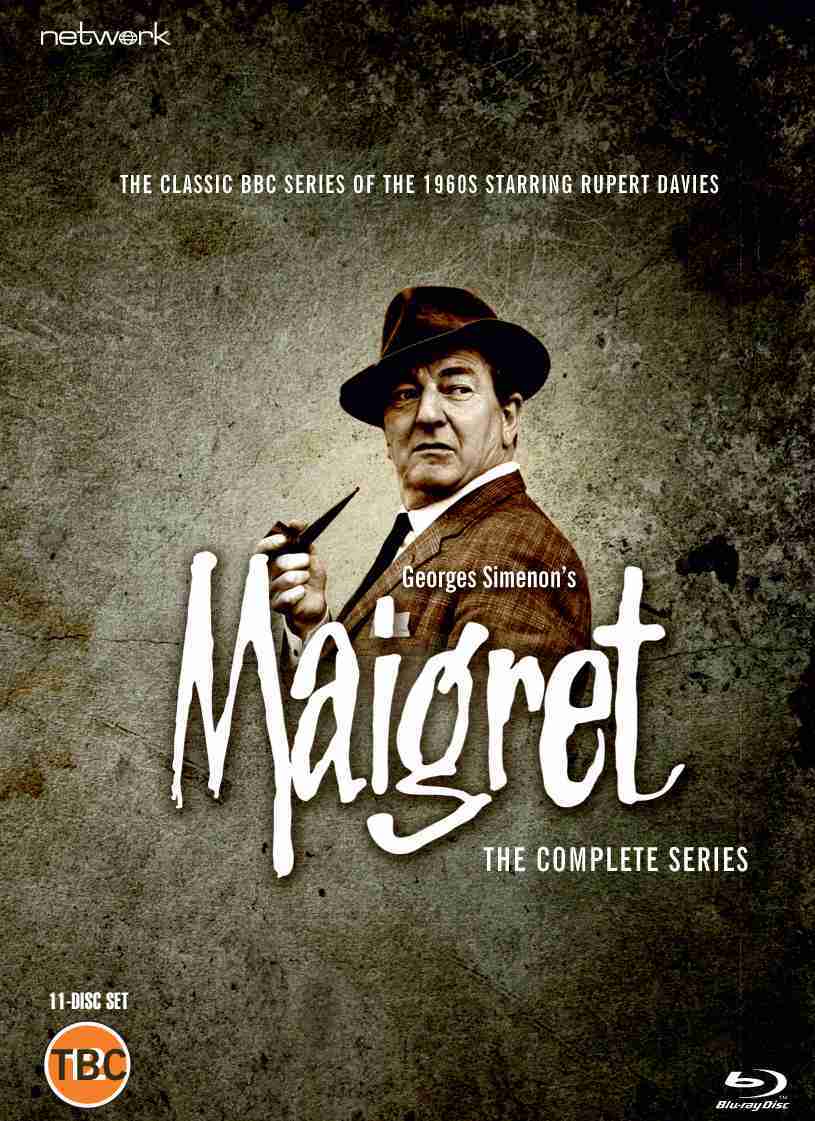 All 52 episodes plus feature-length play ‘Maigret at Bay’, all starring Rupert Davies