Edgar Wright’s ‘THE SPARKS BROTHERS’ gets an official trailer & poster!

Universal Pictures has released the official trailer and poster for Edgar Wright’s upcoming documentary, THE SPARKS BROTHERS, out in select UK cinemas nationwide on 30th July 2021.

How can one rock band be successful, underrated, hugely influential, and criminally overlooked all at the same time? Take a musical odyssey through five weird and wonderful decades with brothers Ron and Russell Mael, celebrating the inspiring legacy of Sparks: your favourite band’s favourite band!

Ron and Russell Mael are rock’s original Odd Couple, as inscrutable as they are fascinating. Never content to rest on their laurels or follow musical trends, they have achieved commercial success only intermittently, and almost despite themselves.

Edgar Wright‘s music documentary THE SPARKS BROTHERS captures the art-pop pioneers at an improbable late career high, as well as recounting the story of how they got there, asking why they are not as celebrated as they deserve to be, and finding out how they became your favourite band’s favourite band. 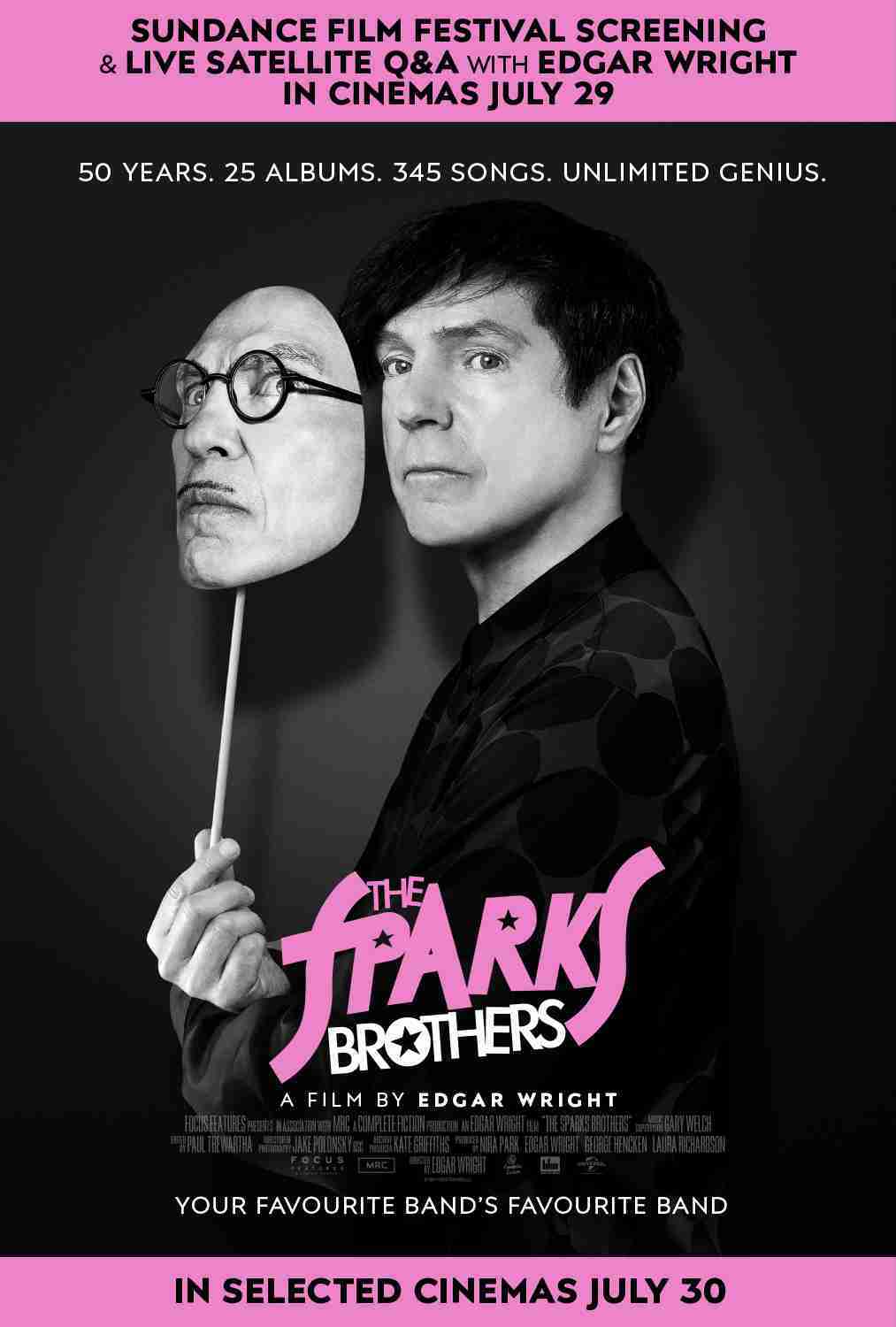 The archival material unearths many seldom-seen, or never-seen treasures, from childhood home movies to a Mother’s Day card written by Russell, to a glimpse of the Maels in the audience at “The Big TNT Show” in 1966, to Ron falling off his stool during the recording of “Something for The Girl with Everything.”

Perhaps the most touching section though is Wright’s own footage of the modern-day Mael brothers, going about their repetitive and mundane daily routines, recalling the famous Gustave Flaubert dictum, “Be ordinary and bourgeois in your life so that you may be violent and original in your work.”