Warner Bros. Animation, DC and Warner Bros. Home Entertainment have announced that the feature-length animated film, Batman: The Long Halloween, Part One, the latest entry in the popular series of the DC Universe Movies, will be released on DVD, Blu-ray™ and Blu-ray™ Steelbook on 21 June 2021 and on Digital on 22 June 2021.

Inspired by the iconic mid-1990s DC story from Jeph Loeb and Tim Sale, Batman: The Long Halloween, Part One begins as a brutal murder on Halloween prompts Gotham’s young vigilante, the Batman, to form a pact with the city’s only two uncorrupt lawmen (Police Captain James Gordan and District Attorney Harvey Dent) in order to take down The Roman, head of the notorious and powerful Falcone Crime Family. But when more deaths occur on Thanksgiving and Christmas, it becomes clear that, instead of ordinary gang violence, they’re also dealing with a serial killer – the identity of whom, with each conflicting clue, grows harder to discern. Few cases have ever tested the wits of the World’s Greatest Detective like the mystery behind the Holiday Killer. 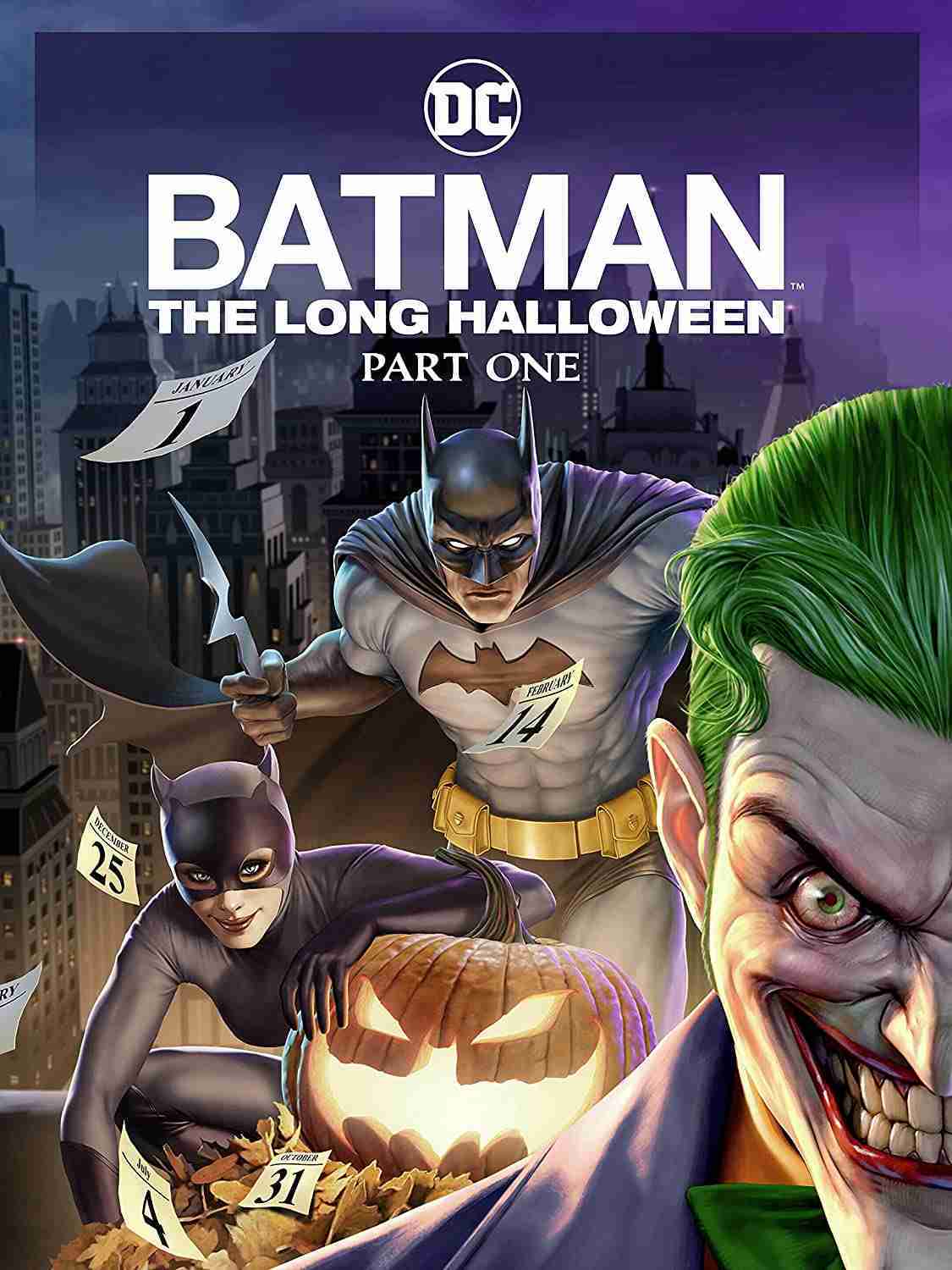 Lauded for his performance as Red Hood/Jason Todd in 2010’s Batman Under the Red Hood, Jensen Ackles returns to the DC Universe Movies as Batman/Bruce Wayne, and the late Naya Rivera gives one of her final performances as Catwoman/Selina Kyle.

A Sneak Peek at the Next Animated DC Universe Movie, Batman: The Long Halloween Part Two – The saga continues as Batman desperately hunts the Holiday killer and Harvey Dent comes face to face with his worst nightmare.

A Sneak Peek at the Next Animated DC Universe Movie, Batman: The Long Halloween Part Two – The saga continues as Batman desperately hunts the Holiday killer and Harvey Dent comes face to face with his worst nightmare.

From the DC Vault: Batman The Animated Series: “Christmas With The Joker” – After escaping Arkham Asylum on Christmas Eve, the Joker takes over Gotham’s airwaves and terrorizes the city for a crime. He challenges Batman and Robin to find his hidden TV studio and free his hostages – Commissioner Gordon, Detective Bullock and Summer Gleeson – before midnight.

From the DC Vault: Batman The Animated Series: “It’s Never Too Late” – A mob war between crime bosses Rupert Thorne and Arnold Stromwell is nearing its end when Batman saves Stromwell and tries to persuade him to give up his life of crime and help the police bring Thorne down by testifying against him