STUDIOCANAL has announced a brand new 4K restoration of Ousmane Sembène’s trailblazing Senegalese classic, Mandabi (The Money Order), which will be released in cinemas from 11 June 2021 and on Blu-ray, DVD and Digital from 28 June 2021.

Directed, written and produced by the legendary ‘father of African cinema’ Ousmane Sembène, Mandabi was originally released in 1968 where it won the Special Jury Prize at Venice Film Festival. This will be the first time the film has been released in the UK and is complete with new artwork by Nigerian artist Adekunle Adeleke.

The 4K restoration of the film premiered at the Lumière Film Festival 2020 in Lyon with Sembène’s son, Alain Sembène in attendance to present the film at the special occasion. 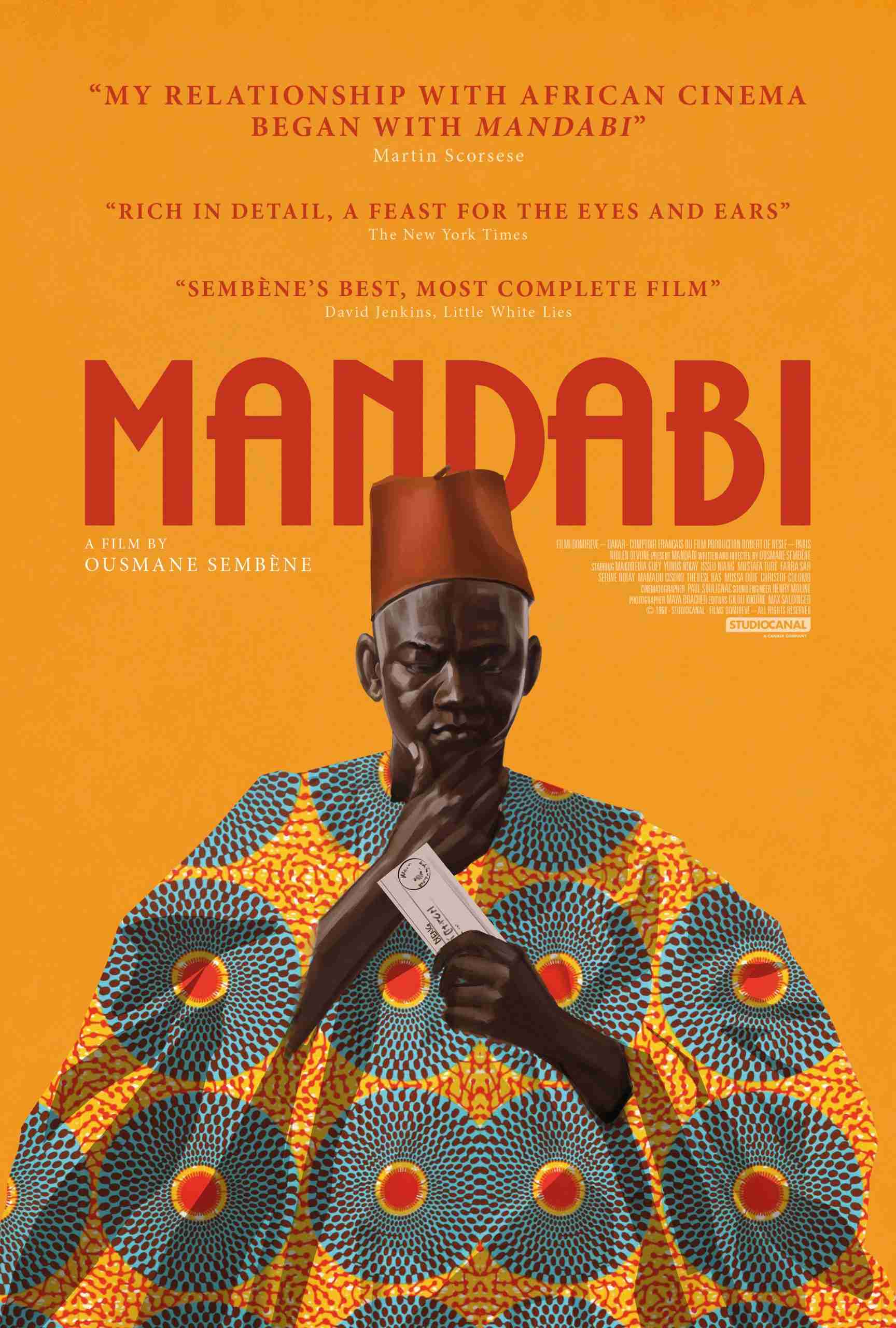 One day, Ibrahima Dieng (Makhouredia Gueye) receives a letter containing a money order from his nephew, a street sweeper in Paris.  Ibrahima, without work in Dakar, and with a large family to support can only keep 2,000 CFA francs; a portion must be kept aside for his nephew and the rest to be given to his sister.  But the news spreads fast in his neighbourhood … his wives, his neighbours and family see in this promise of money their escape. Ibrahima must then face a nightmarish foray into the corrupt and absurd world of Senegalese bureaucracy, which eventually leaves him even more miserable than he was before.