Gripping thriller ‘The Terror’ will be released on Blu-ray, DVD and Digital platforms on 26 April 2021

Executive produced by Ridley Scott, the gripping horror-period-drama anthology series, THE TERROR, based on the best selling novel by Dan Simmons, will now be released on Blu-ray, DVD and Digital platforms on 26 April 2021 from Acorn Media International, following its run on BBC Two.

THE TERROR features a fantastic line-up of British acting talent including Jared Harris, Ciarán Hinds and Tobias Menzies as the crew of a real life Royal Naval expedition in 1847 that ventures deep into the Arctic. 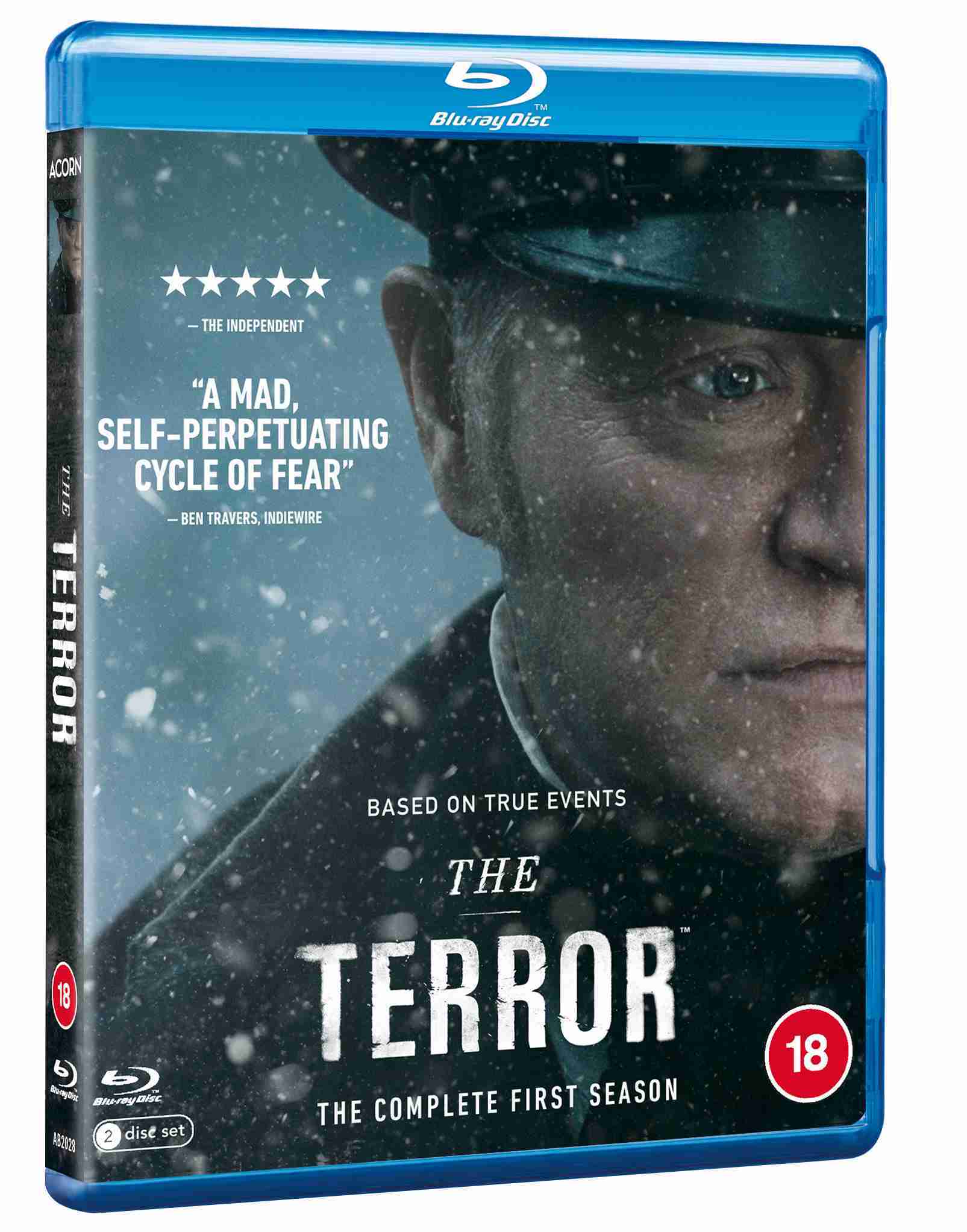 However, it soon becomes clear that that’s just the beginning of their troubles. As things worsen and civilised behaviour disintegrates in favour of survival at any cost, the crew must simultaneously battle the elements, the supernatural and eventually – themselves. The captains make contact with a mute Inuit woman, Lady Silence (Nive Nielsen), who lives as an outcast from her tribe but still follows their old religion…can they trust her to help them, or will she only add to THE TERROR?

Ridley Scott on The Terror

A Look at the Characters

The Boat and Visual Effects

Additional features exclusive to the Blu-ray edition include:

Behind the Scenes Featurettes – Inside the Episodes