Presenting an alternate dystopian vision of turn-of-the-millennium Japan, BATTLE ROYALE follows the 42 junior high school students selected to take part in the government’s annual Battle Royale programme, established as an extreme method of addressing concerns about juvenile delinquency. Dispatched to a remote island, they are each given individual weapons (ranging from Uzis and machetes to pan lids and binoculars), food and water, and the order to go out and kill one other.

Every player is fitted with an explosive collar around their neck, imposing a strict three-day time limit on the deadly games in which there can only be one survivor. Overseeing the carnage is ‘Beat’ Takeshi Kitano as the teacher pushed to the edge by his unruly charges. 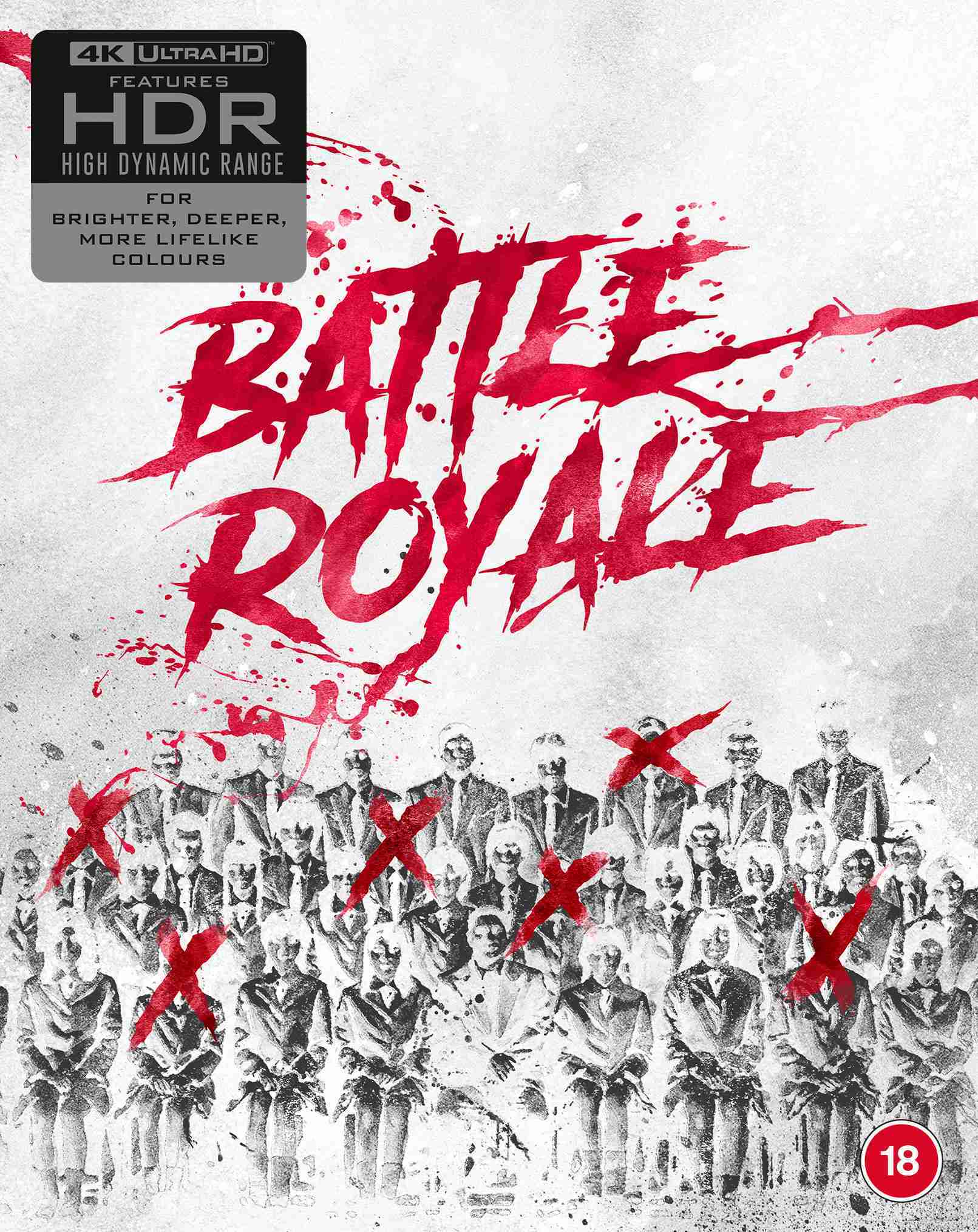 • Brand new audio commentary by critics Tom Mes and Jasper Sharp
• Coming of Age: Battle Royale at 20, an exclusive new 42-minute documentary about the legacy of Battle Royale
• Bloody Education: Kenta Fukasaku on Battle Royale, a brand new exclusive interview with the film’s producer and screenwriter
• The Making of Battle Royale: The Experience of 42 High School Students, documentary featuring footage from the shooting of the film and cast and crew discussions
• The Slaughter of 42 High School Students, a look behind the scenes of the shoot
• Behind the scenes footage with comments from the cast and crew
• Filming on Set, a look at the shooting of key scenes from the film
• Conducting Battle Royale with the Warsaw National Philharmonic, archive footage of Masamichi Amano conducting the soundtrack rehearsal

• Bloody Graduation: Kenta Fukasaku on Battle Royale II, an exclusive brand new interview with the director and screenwriter of Battle Royale II
• Behind the Scenes of Battle Royale II, on-location featurette during the film’s shoot
• Rehearsals footage of the auditions and pre-production rehearsals
• War and Struggle, featurette of the cast discussing their thoughts on war
• Alternate Piano Scene
• The Recording of the Music Score, archive footage of Masamichi Amano and the Warsaw National Philharmonic Orchestra
• Opening Gala with The Orchestra, featuring a public introduction by the director and main cast
• Battle Royale II Premiere, a featurette on the film’s first screening at the Marunouchi Toei Movie Theatre
• Trailers and TV spots
• Image gallery