Featuring all 10 episodes from the series’ acclaimed premiere season, the Golden Globe nominated Lovecraft Country: The Complete First Season is available to own now on Blu-ray, DVD and Digital from Warner Bros. Home Entertainment.

Based on the 2016 novel of the same name by Matt Ruff, and developed by showrunner Misha Green, HBO’s audacious new series opens with Korean War veteran Atticus “Tic” Freeman (Jonathan Majors) setting out on a perilous journey across 1950s Jim Crow America in an attempt to track down his missing father Montrose (Michael K. Williams), accompanied by his childhood friend Letitia (Jurnee Smollett) and well-read uncle George (Courtney B. Vance).

As their mysterious quest continues to unfold, Lovecraft Country follows their struggles to survive the horrors of segregated America – from sundown towns, lynch mobs and white supremacy in its evilest form – alongside a shadowy occult secret society and a host of Lovecraftian monsters and supernatural demons ripped straight from the pages of their namesake’s Cthulhu Mythos. 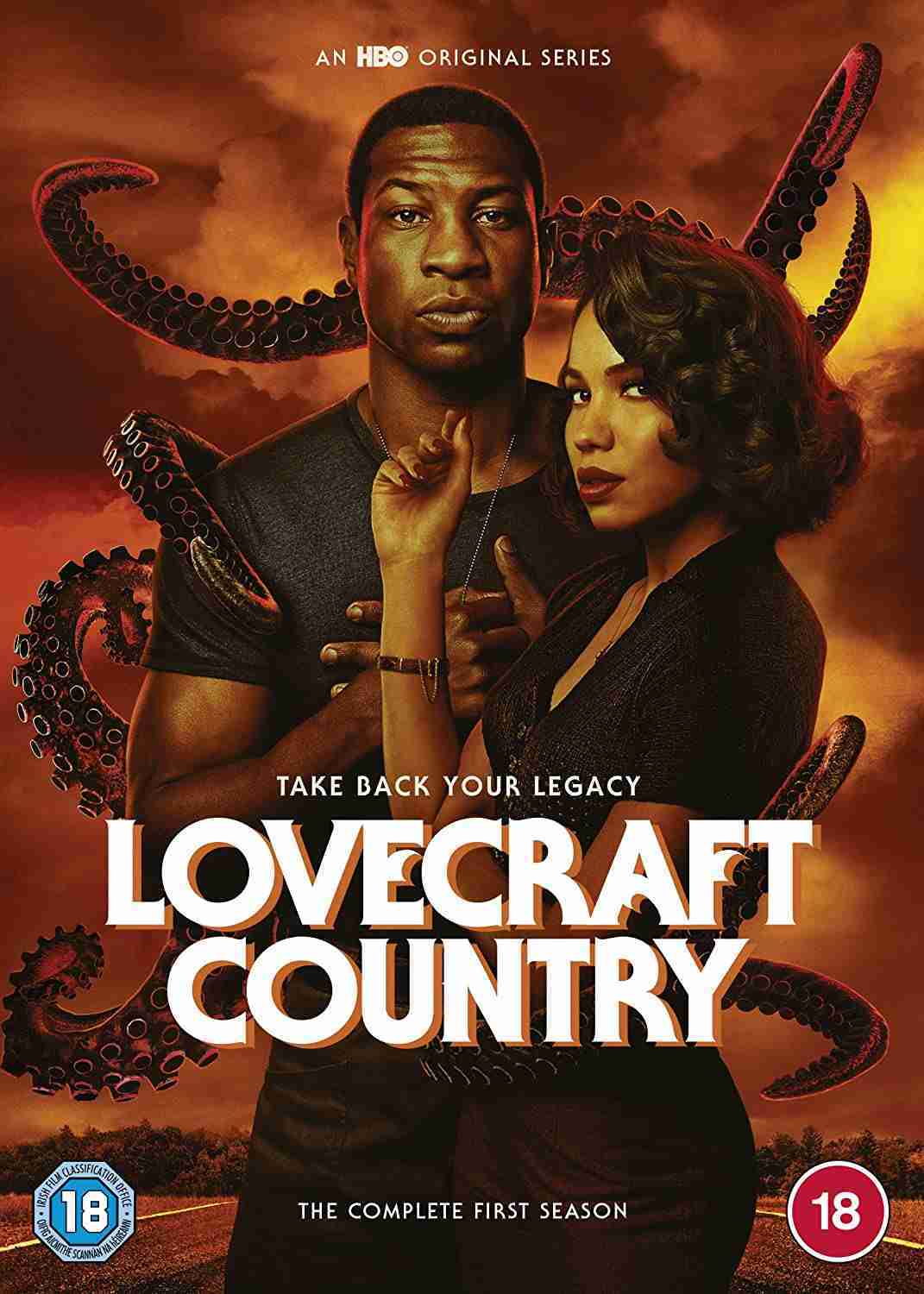 Strong performances from a excellent ensemble cast (led by Majors and Smollett) drive this intriguing and heavily symbolic take on Lovecraftian lore, which cleverly juxtaposes a rather brutal and unflinching portrait of one of the darkest periods in American history with the violence and mystery of H. P. Lovecraft’s cosmic horror fiction.

First aired just a couple of months after the Black Lives Matter rallies of May 2020, Lovecraft Country is a timely reminder of the issues that continue to plague our societies in the present day, using the metaphors of Lovecraftian horror and the occult to underline the powerful themes of racism, oppression and prejudice.

At the end of the day this is a supernatural horror, so expect many of the familiar sci-fi and fantasy horror tropes associated with the genre, however, Lovecraft Country is most definitely at its strongest (and most intense) when exploring the racial issues of the time, and the series does tend to dip a little when it introduces some of the more fantastical elements, i.e. time travel, parallel universes, etc.

Presented from a 1080p High Definition MPEG-4 AVC encoded transfer, the visuals are truly outstanding. Practically every frame is bursting with rich, deep colour, beautiful textures and razor sharp detail. In fact, the visuals are at times so good that you’d be forgiven for thinking you were watching a 4K UHD disc. If the presentation has any flaws it is only some very minor shadow detail loss in some of the darkest sequences.

An equally strong DTS-HD Master Audio 5.1 track is every bit a match for the visuals with clean dialogue, a brilliant soundtrack and thunderous effects during many of the big action sequences.

All special features are contained on the final disc of this 3-disc set and mainly include short interview segments with the cast and production team. The HBO Special: Crafting Lovecraft Country is the strongest offering here and takes an in-depth look at the making of the show. Overall though special features offerings are light which is a shame, and most of the interviews are only a minute or so long.