Eureka Entertainment to release ‘THE LUCKY STARS 3-FILM COLLECTION’ as part of the Eureka Classics range!

Eureka Entertainment will release THE LUCKY STARS 3-FILM COLLECTION on Blu-ray as a part of the Eureka Classics range on 22 March 2021.

THE LUCKY STARS 3-FILM COLLECTION features a trilogy of action comedy classics, all coming to Blu-ray for the first time in the UK and presented from brand new 4K or 2K restorations, including Winners and Sinners, My Lucky Stars, and Twinkle, Twinkle Lucky Stars.

The first print run of 2000 copies will feature a Limited-Edition O-card Slipcase and Collector’s Booklet. 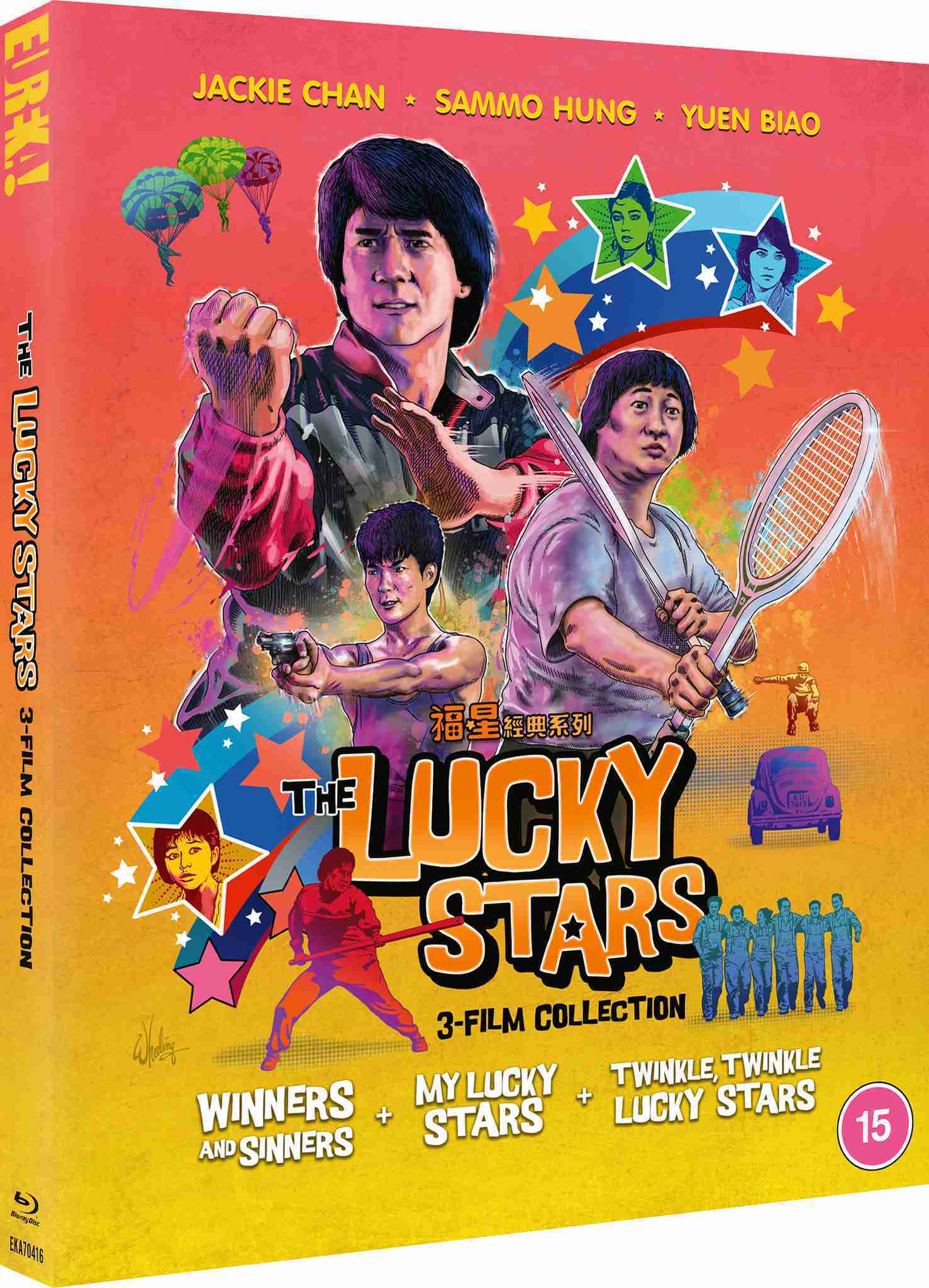 Winners and Sinners (1983) – Five former prisoners form a cleaning company and endeavour to keep clear of crime, but inadvertently find themselves in the middle of a counterfeit money scheme, and now the Triads and the police are out to get them!

My Lucky Stars (1985) – The Lucky Stars are sent to Japan to help the police apprehend a gang of dangerous criminals and a corrupt cop. Of course, nothing goes to plan, and a series of gut-busting and neck-breaking action sequences ensue, leading up to one of the best climactic fight sequences ever filmed.

Twinkle, Twinkle, Lucky Stars (1985) – Tasked with busting a crime syndicate, the Lucky Stars wreak havoc in a holiday paradise with their unique brand of high-kicking justice and outrageous antics.

Outtakes, NG (“No Good!”) shots for all three films

Trailers for all three films