Original Theatre Company has released the official trailer for their upcoming online production of the new supernatural thriller, The Haunting of Alice Bowles, which will be available to watch via originaltheatreonline.com from 7.30pm on 17 December 2020 until 28 February 2021.

The Haunting of Alice Bowles is written by Philip Franks and adapted for the first time from M.R. James‘ chilling short ghost story, The Experiment.

In 1918, the recently widowed Alice Bowles is left destitute as she seeks to solve a mystery left by her late husband Francis. Moving to 2020, YouTube urban explorers Matt and Caitlin uncover a mysterious grave in an abandoned churchyard. What starts as harmless entertainment soon turns darker when their discovery begins to unwrap a mystery which has lain dormant for over a century. 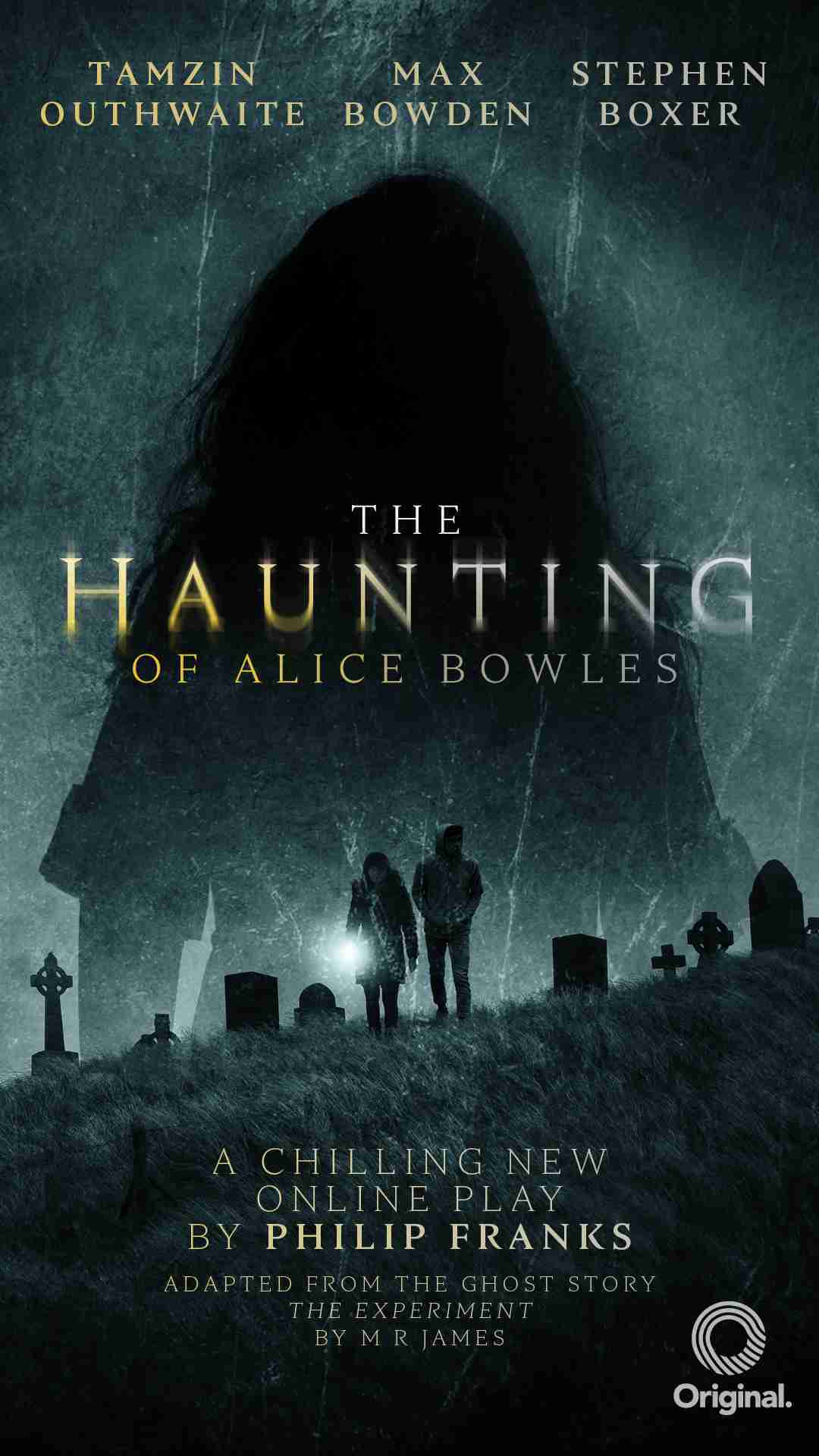 The Haunting of Alice Bowles will be co-directed by Philip Franks and Alastair Whatley, designed by Adrian Linford and edited by Tristan Shepherd, with sound design and original music composed by Max Pappenheim.

The online production of The Haunting of Alice Bowles is produced by Original Theatre Company.