On 22nd October 1960, Anthony Newley crashed through the fourth wall in his weird and wonderful ATV television series, The Strange World of Gurney Slade.

To celebrate the show’s 60th Anniversary, all six episodes have now been restored in HD from the original 35mm film elements and will be released in a Limited Edition Blu-ray set, packed full of rare special features, on 30th November 2020, exclusively from networkonair.com. 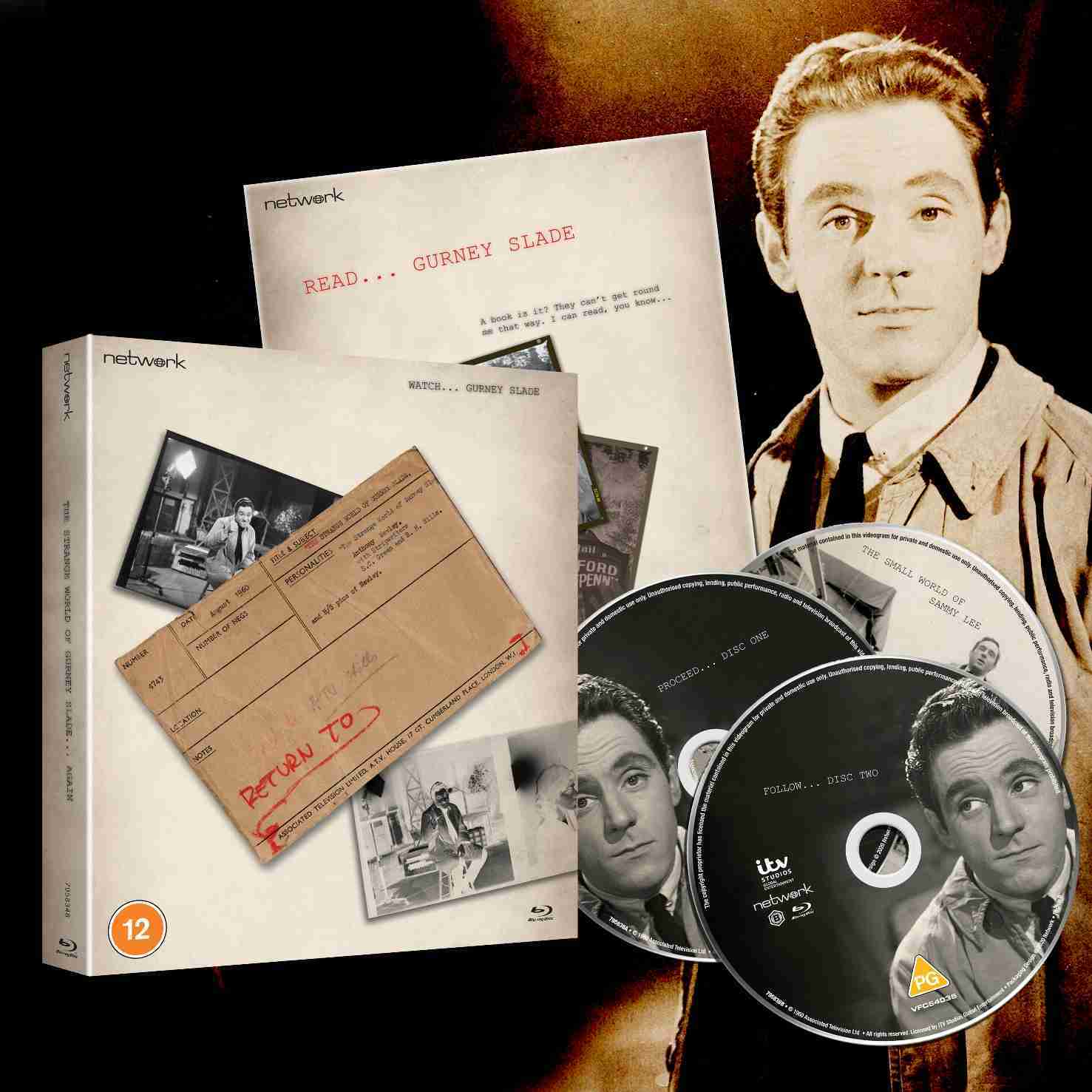 This brilliantly inventive and startlingly surreal comedy was unlike anything previously seen on television. Audiences were flabbergasted to see this star on the rise in such an experimental series that deconstructed the fledgling sitcom genre and provided a platform for Newley’s unique stream of consciousness.

The series saw Anthony Newley star as an actor who walks off the set of a banal sit-com and into a fantasy world of his own imagination in a dreamlike odyssey through one man’s personal alternative reality. Talking to dogs, rocks and fairies, and dancing with vacuum cleaners, it is an unpredictable, absurdist fantasy created by Newley and written by comedy legends Sid Green and Dick Hills (soon to become key writers for Morecambe and Wise).