Warner Bros. Home Entertainment has announced that DC’s V FOR VENDETTA will be available in a newly remastered on 4K Ultra HD Blu-ray Collectors Edition Combo Pack, exclusively from the WB Shop, from 2nd November 2020.

The Collectors Edition Combo Pack is housed in a unique gift-box package, made to look like the front of V’s jail cell from the film, and includes a 32-page book, highlighting some of the best content from the original book “V For Vendetta: From Script to Film”, and a letter written by director James McTeigue, highlighting the creation of the film and its influence in the world today

V FOR VENDETTA is an electrifying story of an everyday woman in futuristic Britain who becomes the unlikely accomplice of a mysterious freedom fighter in his radical effort to rid the country of oppression.

The 4K UHD release of V FOR VENDETTA is presented from a new scan of the original camera negative. 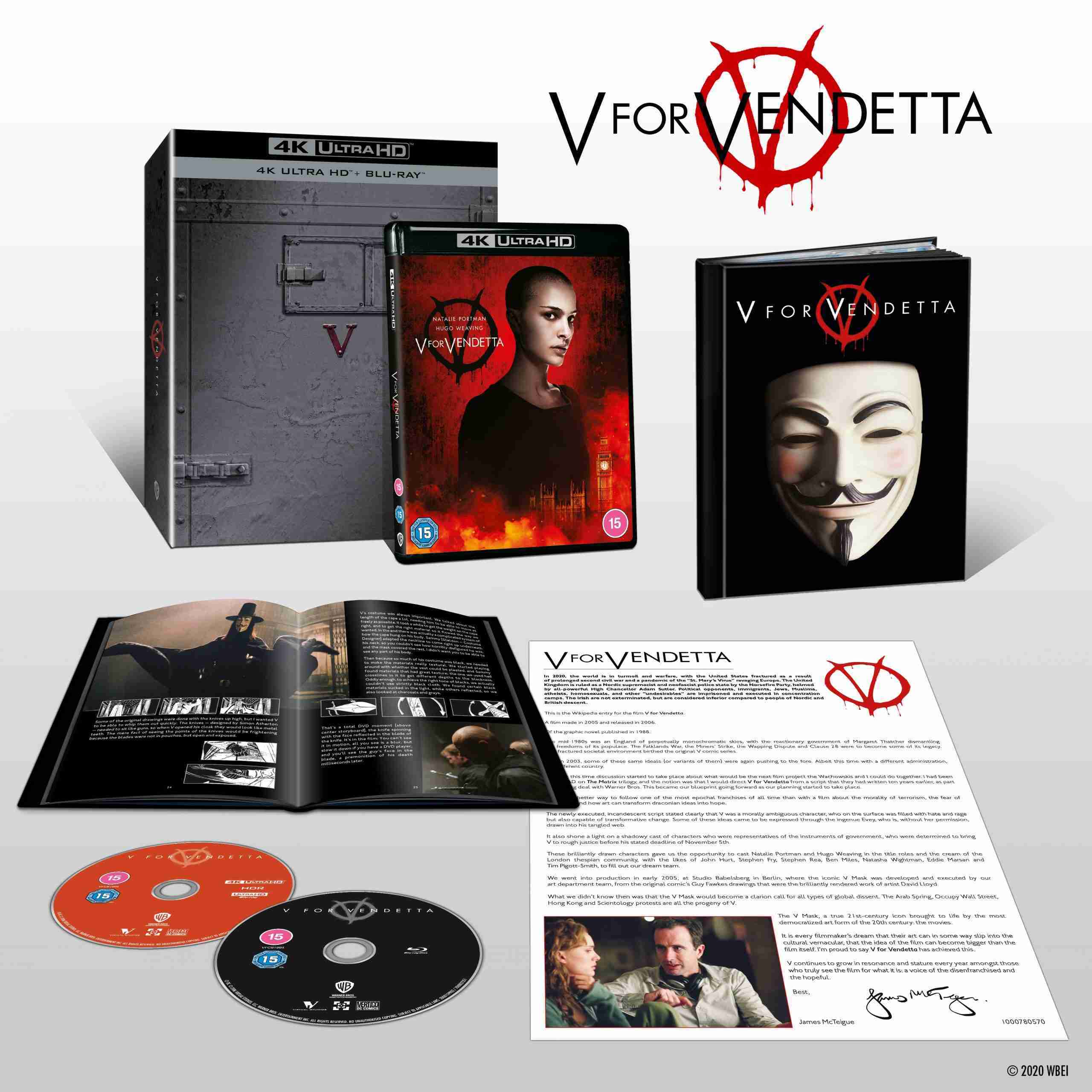 • NEW: V for Vendetta Unmasked: Making-of with filmmakers and cast James McTeigue & Lana Wachowski in Conversation : Looking back on V for Vendetta

• Traces in Detail the V Saga from Graphic Novel Origin Through the Movie’s Execution.

• Designing the Near Future

• England Prevails: V For Vendetta and the New Wave in Comics