Genesis, one of the world’s biggest selling and most successful bands of all time, have today announced The Last Domino? Tour 2020, which will kick off in Dublin on 16 November 2020.

The Last Domino? Tour 2020 will be Tony Banks, Phil Collins and Mike Rutherford’s first live outing together since the globe-trotting Turn It On Again: The Tour back in 2007, and they will be joined on stage by Nic Collins on drums, and the bands long time guitar and bass player Daryl Stuermer.

Tickets will be on general sale at 9am on Friday 6 March from www.LiveNation.co.uk and www.ticketmaster.co.uk. 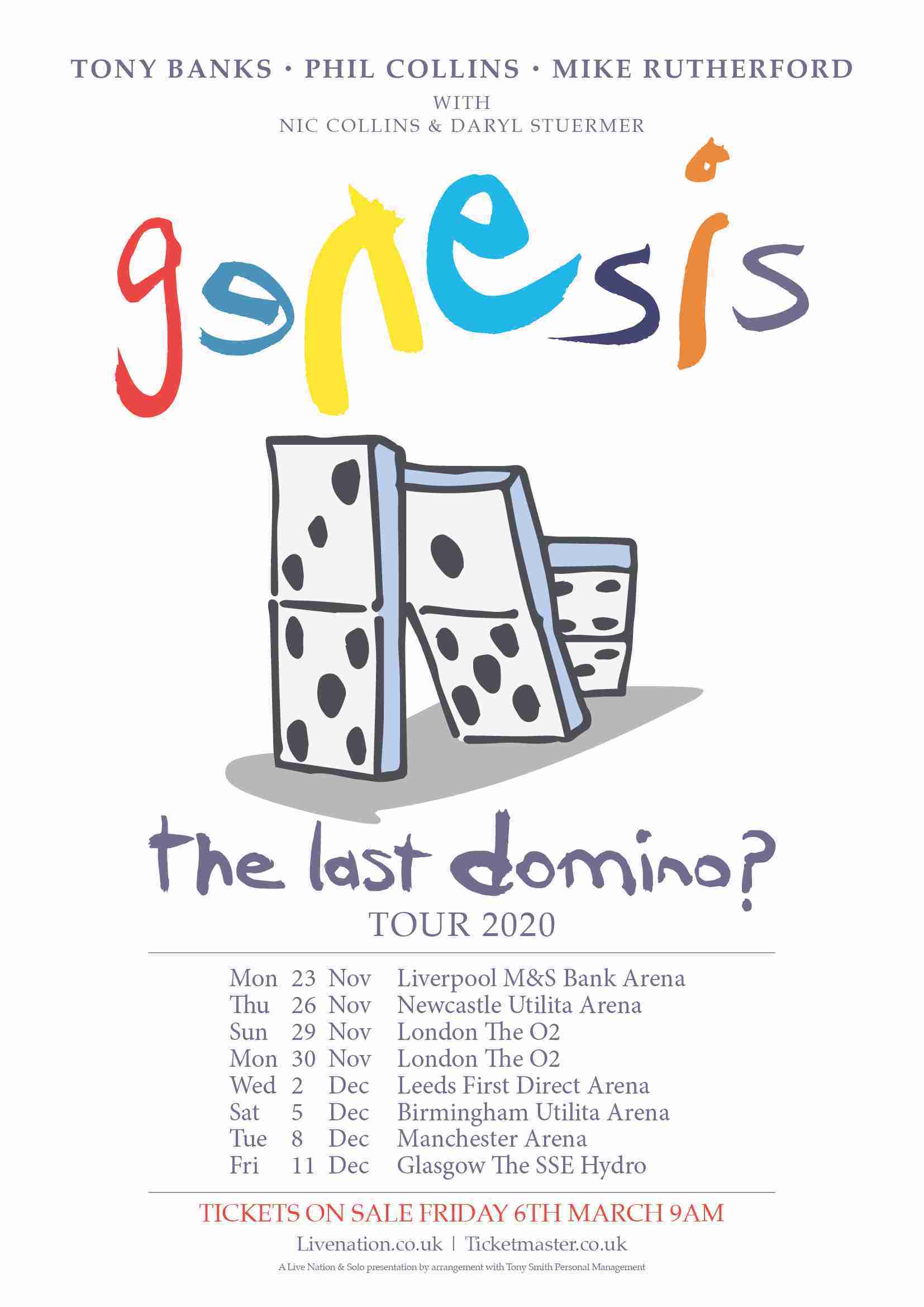