Universal Pictures has debuted the Official International Trailer and Poster for terrifying real world suspense thriller, THE HUNT, out in cinemas nationwide on 11th March 2020.

Directed by Craig Zobel and co-written by Damon Lindelof and Nick Cuse, based on the 1924 short story The Most Dangerous Game by Richard Connell, the film stars Betty Gilpin, Ike Barinholtz, Emma Roberts and Hilary Swank.

A timely and provocative new satirical thriller that has already ignited a national conversation, THE HUNT is produced by Jason Blum for his Blumhouse Productions, alongside Lindelof.

Blumhouse Productions presents a terrifying real world nightmare, a suspense thriller set in modern America that feels a bit too close to reality for comfort.

In the shadow of a dark internet conspiracy theory, a group of elites gathers for the very first time at a remote Manor House to hunt ordinary Americans for sport. But the elites’ master plan is about to be derailed because one of The Hunted, Crystal (Gilpin), knows The Hunters’ game better than they do. She turns the tables on the killers, picking them off, one by one, as she makes her way toward the mysterious woman (Swank) at the center of it all. 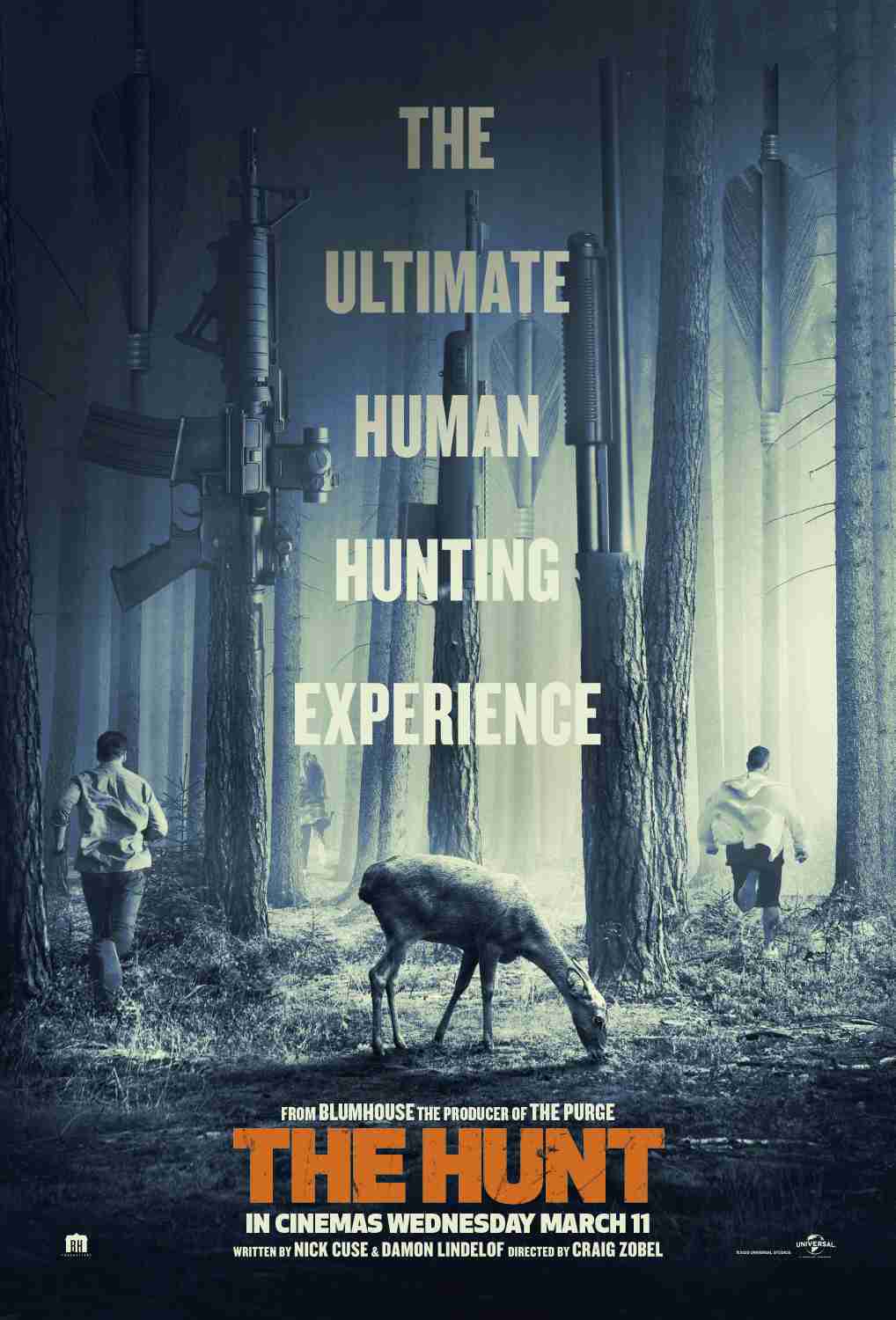