Wes Anderson’s ‘The French Dispatch’ gets a first trailer & poster!

Searchlight Pictures has released the first trailer and poster for Wes Anderson‘s upcoming comedy drama, The French Dispatch, due to be released in cinemas across the UK on 28 August 2020.

The film is described as a love letter to journalists set at an outpost of an American newspaper in a fictional 20th-century French city, bringing to life a collection of three tales published in the eponymous The French Dispatch

The French Dispatch is written and directed by Anderson based on a story by Anderson, Roman Coppola, Hugo Guinness, and Jason Schwartzman. 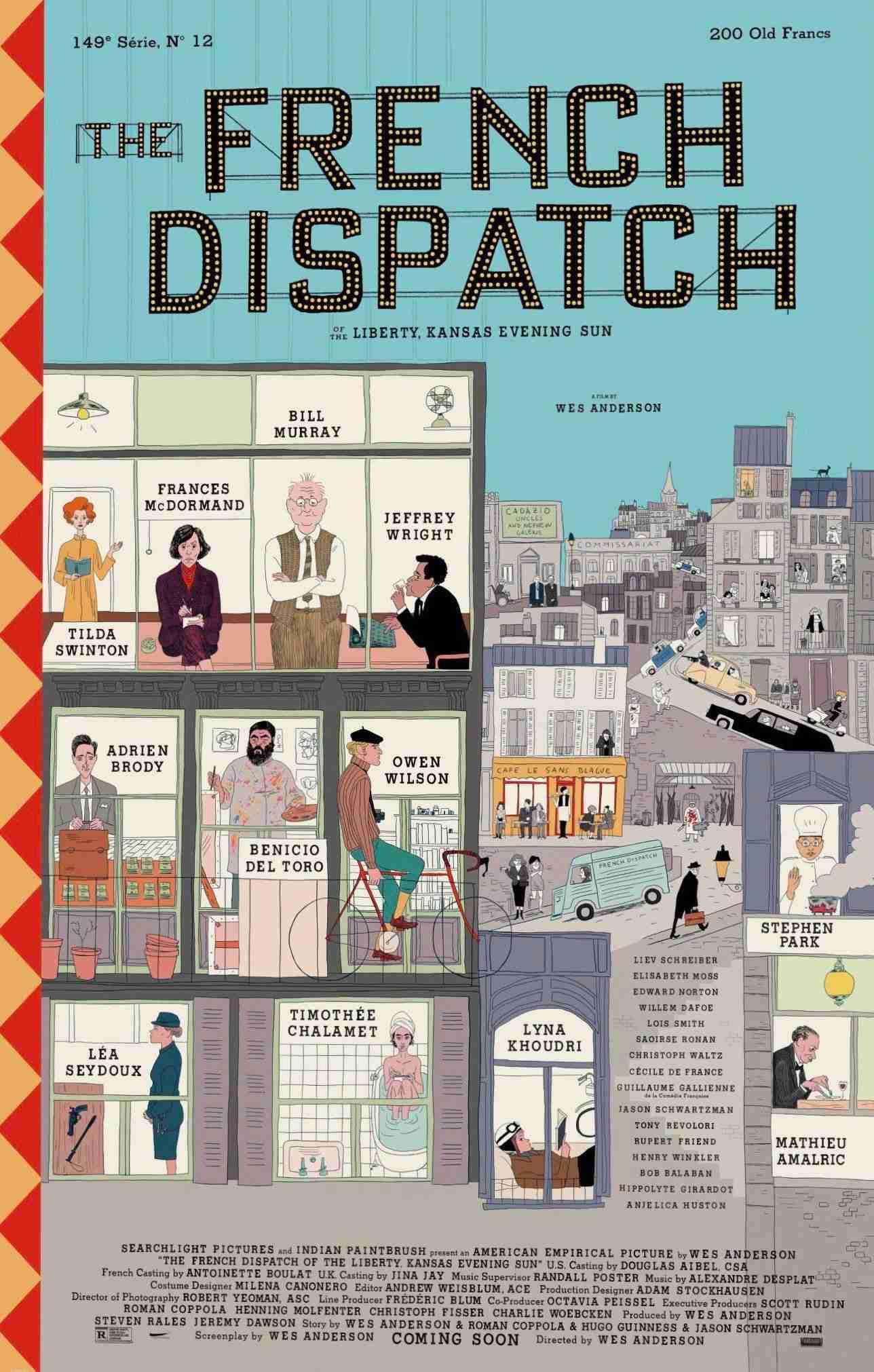