Eureka Entertainment to release ‘RIO GRANDE’ as part of The Masters of Cinema Series!

Eureka Entertainment will release RIO GRANDE, the intelligent and entertaining final instalment in John Ford’s celebrated “Cavalry Trilogy” starring John Wayne and Maureen O’Hara, on Blu-ray for the first time in the UK as part of The Masters of Cinema Series on 6 April 2020. 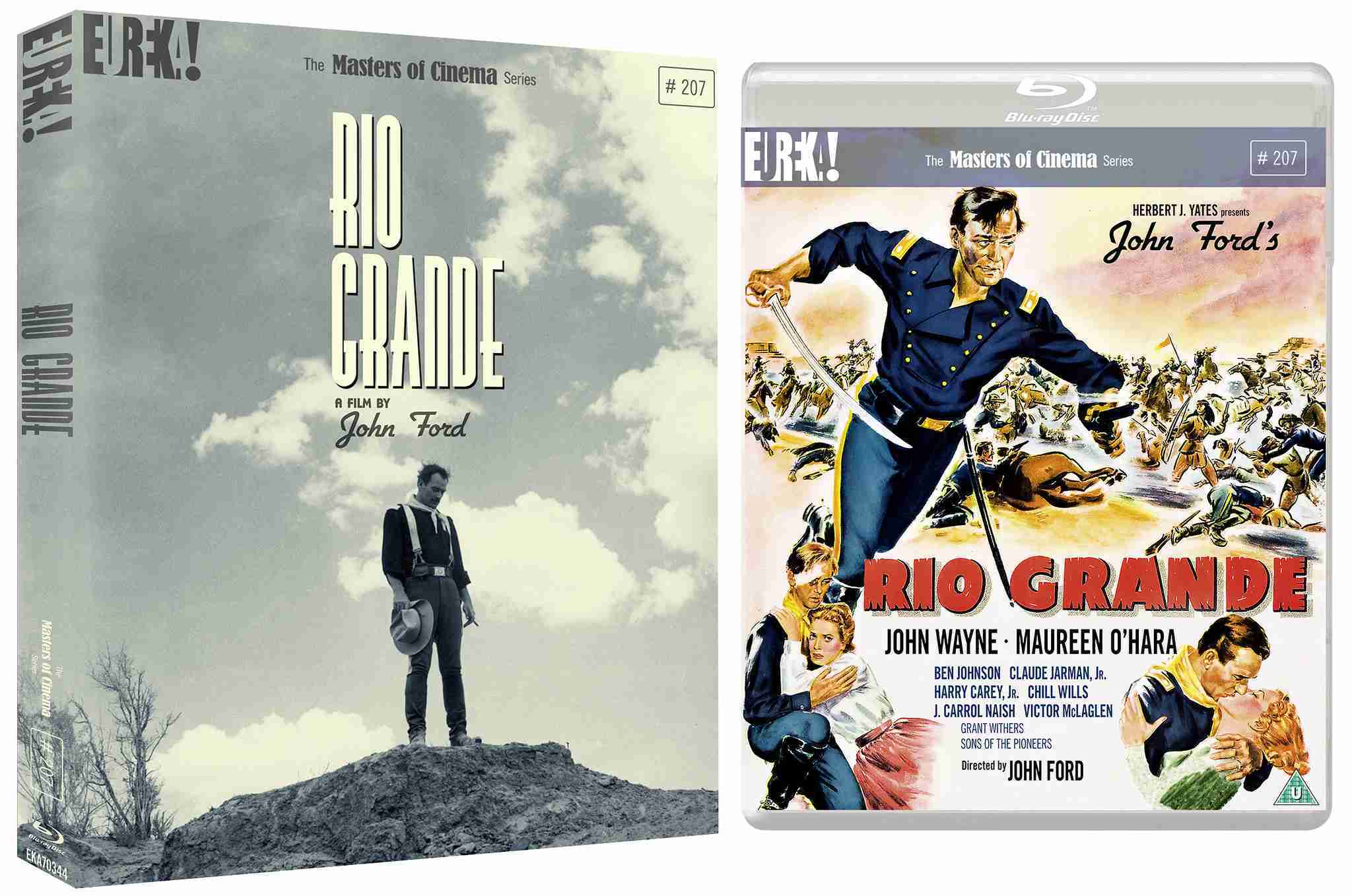 Wayne is Lt. Col. Kirby Yorke, attached to the Texas frontier in 1879 to protect settlers from attacks by Apaches. When Yorke’s son – a West Point flunkee turned Army private – is assigned to his father’s regiment, tensions flare upon the arrival of Yorke’s estranged wife Kathleen (O’Hara), who wants their teenaged son out of Yorke’s unit. After Apaches attack, the stakes of Yorke’s mission escalate, and he must journey to Mexico where the Apaches are hiding out. With his son and two old recruits (Ford/Wayne regulars Ben Johnson and Harry Carey Jr.) as accompaniment, Yorke faces his toughest battle.