Full casting announced for ‘THE SECRET GARDEN’ concerts at The London Palladium!

Lambert Jackson Productions has announced the full company for the upcoming concert production of The Secret Garden, which will play two performances at The London Palladium on 4 April 2020 at 3pm and 7.30pm.

Based on the much-loved literary classic by Frances Hodgson Burnett, this heart-warming story is re-imagined in brilliant musical style by composer Lucy Simon (Doctor Zhivago) and the Pulitzer Prize-winning playwright Marsha Norman. 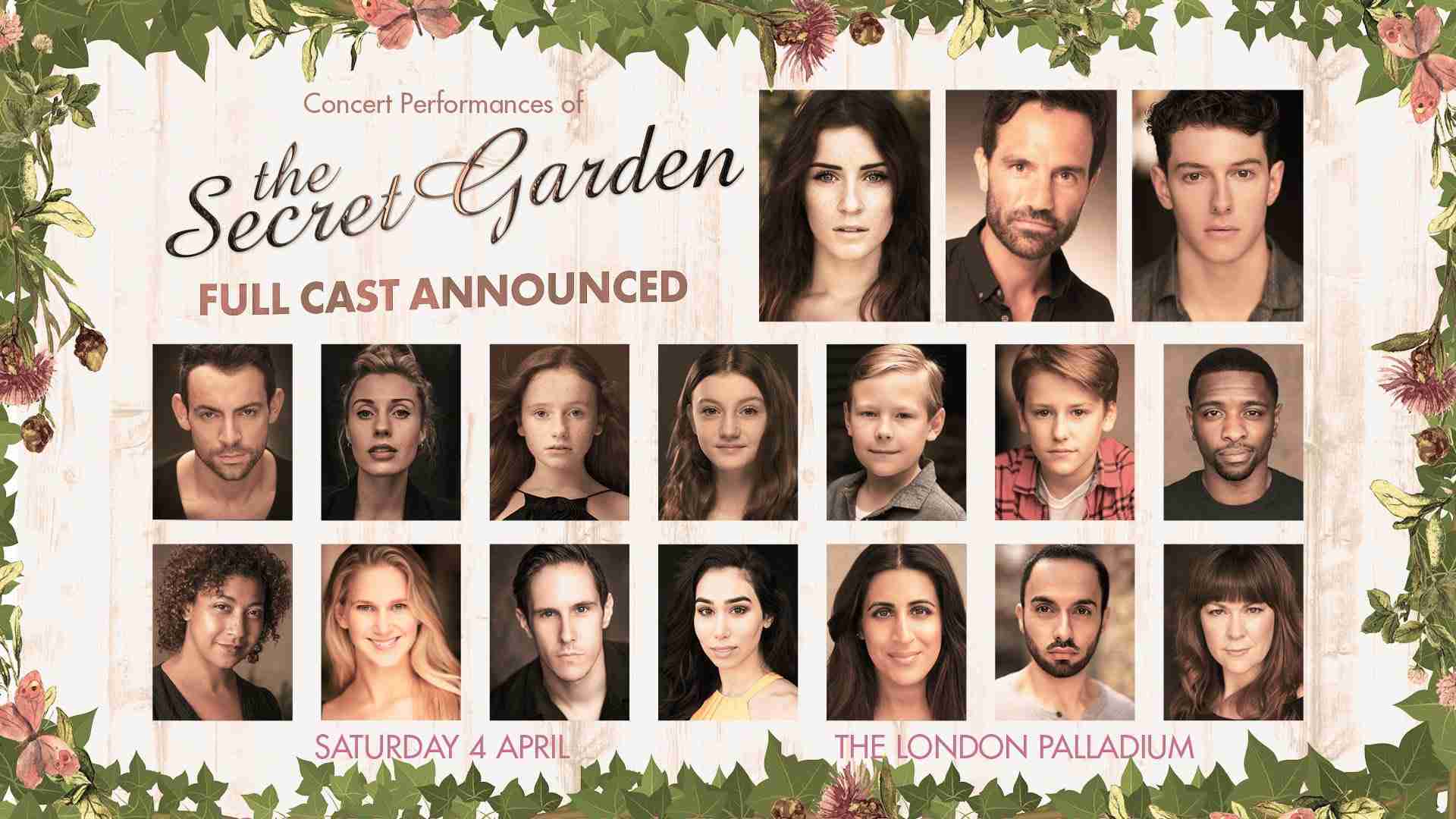