Sonia Friedman Productions has announced that Ian Shaw and Joseph Nixon‘s brilliantly funny and deeply moving new play, THE SHARK IS BROKEN, will now transfer to the Ambassadors Theatre in London’s West End for a Strictly Limited run from 11th May to 18th July 2020, following a smash hit, sell-out premiere at the 2019 Edinburgh Festival Fringe.

Cape Cod, 1974: shooting on JAWS has stalled. The film’s lead actors – Robert Shaw, Roy Scheider and Richard Dreyfuss – are stuck on a boat, frustrated by foul weather and a faulty mechanical co-star. Awash with alcohol and ambition, three great white sharks start to bare their teeth…

Directed by Guy Masterson, THE SHARK IS BROKEN reveals the hilarious and moving behind-the-scenes drama on one of Hollywood’s biggest blockbusters.

Tickets will be on general sale from £10 this Friday. Over 500 tickets per week will be available at £27.50 or under. 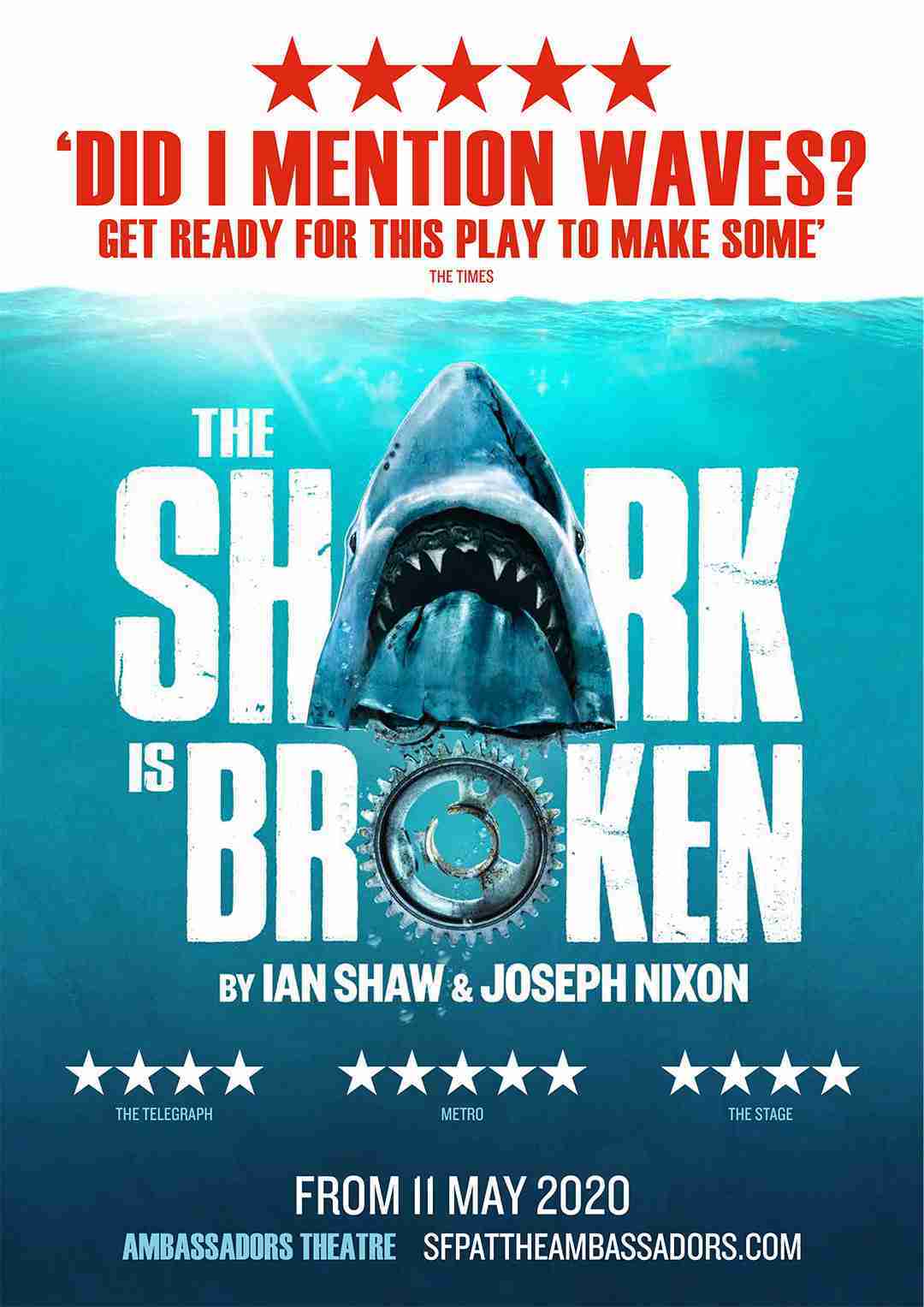