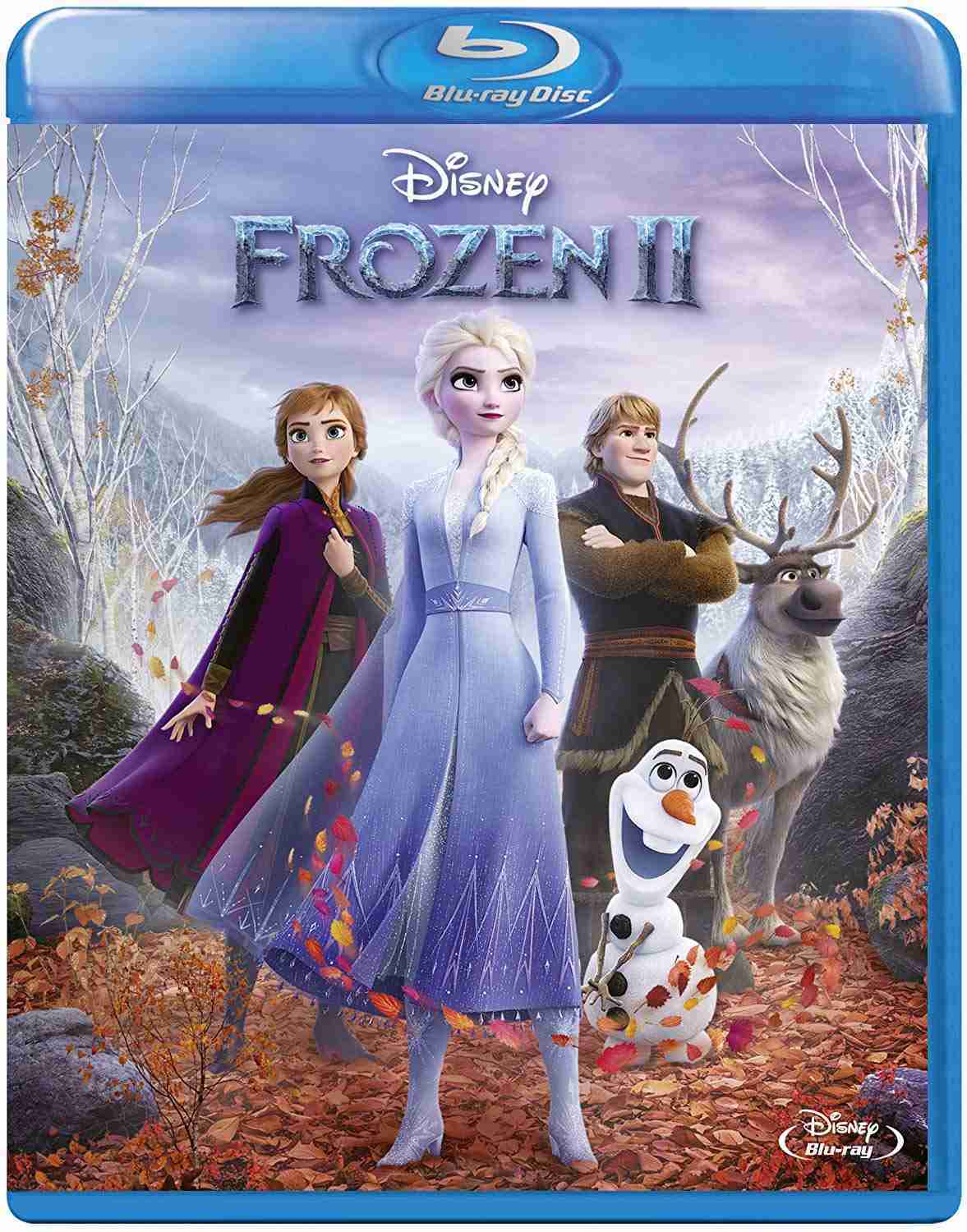 In Frozen 2, the answer to why Elsa was born with magical powers is calling her and threatening her kingdom. Together with Anna, Kristoff, Olaf and Sven, she sets out on a dangerous but remarkable journey. In Frozen, Elsa feared her powers were too much for the world. In the highly anticipated sequel, she must hope they are enough.

Bonus Features (may vary by retailer):

Sing-Along Version of the Movie – Sing along with your favorite songs as you watch the movie.

Jump to your favourite musical moments, with on-screen lyrics:

Songs include: Oscar®-nominated “Into The Unknown,” “All Is Found,” “Some Things Never Change,” “When I Am Older,” “Lost in the Woods,” “Show Yourself,” and “The Next Right Thing”

Outtakes – Laugh along with the cast of Frozen 2 as they record their lines, sing their songs and have fun in the recording booth.

Intro – Directors Jennifer Lee and Chris Buck offer a glimpse into their filmmaking process with scenes that didn’t make the final cut.

Prologue – A battle rages between Arendelle and the Northuldra while a mysterious figure challenges King Agnarr.

Secret Room – A secret room reveals even more of Anna and Elsa’s past, including a shocking revelation about their mother.

Hard Nokks – Kristoff reveals his true feelings about life in Arendelle when the Nokk won’t take no for an answer.

A Place of Our Own – Elsa uses her magic to relieve Anna’s lingering doubts about their parents’ faith in her.

When it comes to Frozen 2, there can never be too much music. Hear some of the songs that got cut from the final film.

Intro – Directors Jennifer Lee and Chris Buck revel in the chance to share a few songs that didn’t make it into the final film.

“Home” – Anna savors every moment as she wanders through this kingdom she calls home.

“I Wanna Get This Right” – Kristoff wants everything to be perfect before he proposes, leaving Anna to wonder, “Will it ever be just right?”

The Spirits of “Frozen 2” – Cast and crew explore the Scandinavian and Nordic mythology that inspired the spirits inhabiting the enchanted forest of Frozen 2.

Did You Know??? – Olaf asks us the question “Did You Know” as we discover Frozen 2 fun facts, Easter eggs and tidbits about the making of the film.

They say you can’t see the wind. Only its effects. Filmmakers give it a shot while creating the playful wind spirit, Gale.

Gale Test – A young girl and boy play tag in this fully animated effort to “give personality to something that’s invisible.”

Weezer and Panic! at the Disco lend their voices to a few of the soaring melodies from Frozen 2.

“Lost in the Woods” (Weezer version) – Weezer puts their spin on Kristoff’s epic ballad, “Lost In the Woods.”