‘SEBERG’ will be released in cinemas across the UK & Ireland on 10 January 2020!

Universal Pictures has released a brand new trailer, poster and image set for SEBERG, out in cinemas across the UK and Ireland on 10 January 2020.

SEBERG had its world premiere at the Venice Film Festival and screened at this year’s 63rd BFI London Film Festival.

Inspired by real events, SEBERG focuses on the French New Wave darling and Breathless star, Jean Seberg (Kristen Stewart), who in the late 1960s was targeted by the FBI because of her support of the civil rights movement and romantic involvement with Hakim Jamal (Anthony Mackie), among others. 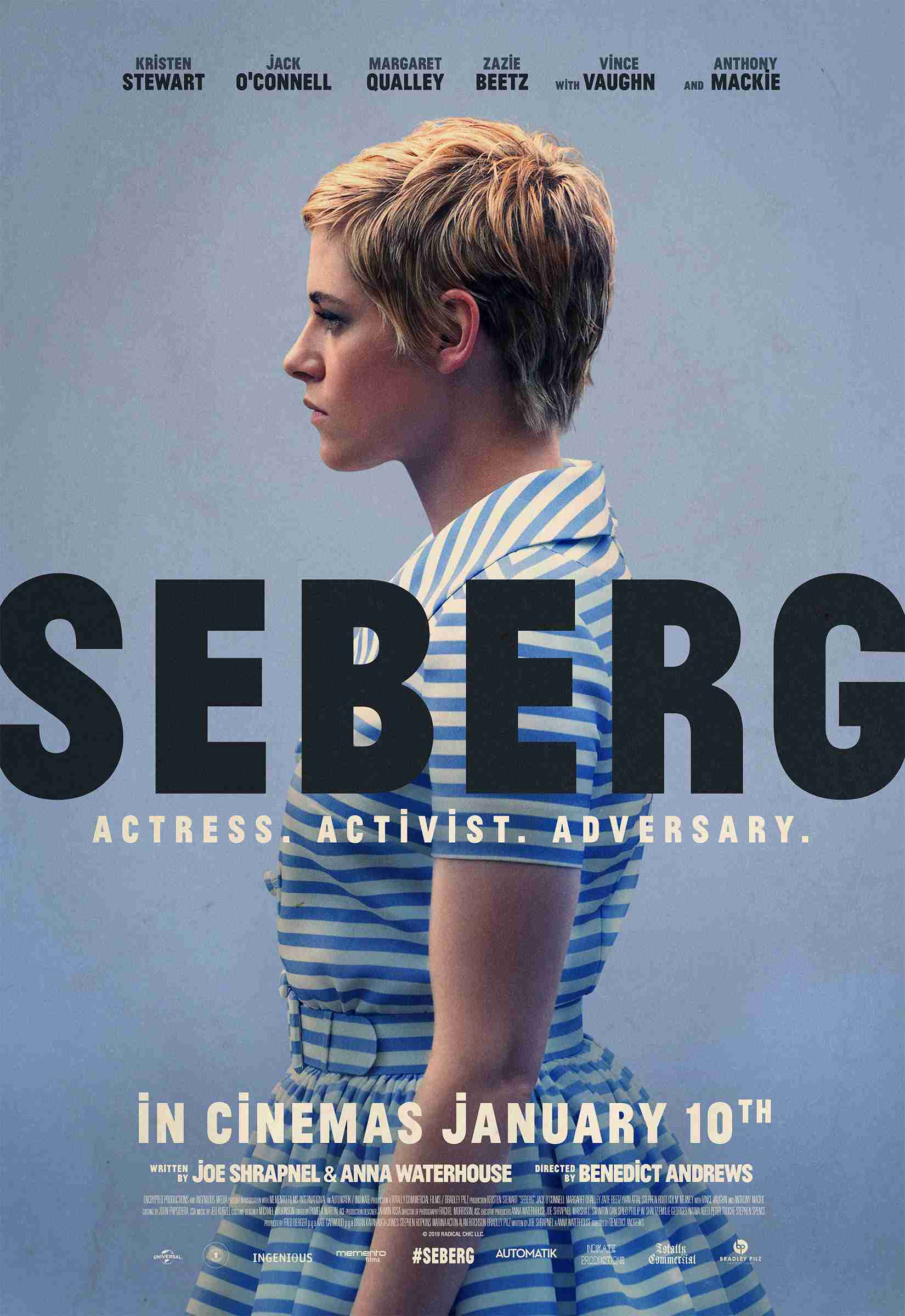