‘Kinky Boots The Musical’ to be screened in cinemas across the UK & Ireland in February 2020!

More2Screen has announced the cinema release of the critically acclaimed and multi-award-winning hit musical, Kinky Boots, which will be screened in more than 600 cinemas across the UK and Ireland on 4 and 9 February 2020.

With songs by Cyndi Lauper, book by Harvey Fierstein, based on the Miramax Motion Picture by Geoff Deane & Tim Firth, and direction and choreography by Jerry Mitchell, Kinky Boots The Musical stars the original West End leads, Matt Henry and Killian Donnelly, as Lola and Charlie, respectively, and was filmed live at the Adelphi Theatre back in November 2018 by BroadwayHD. 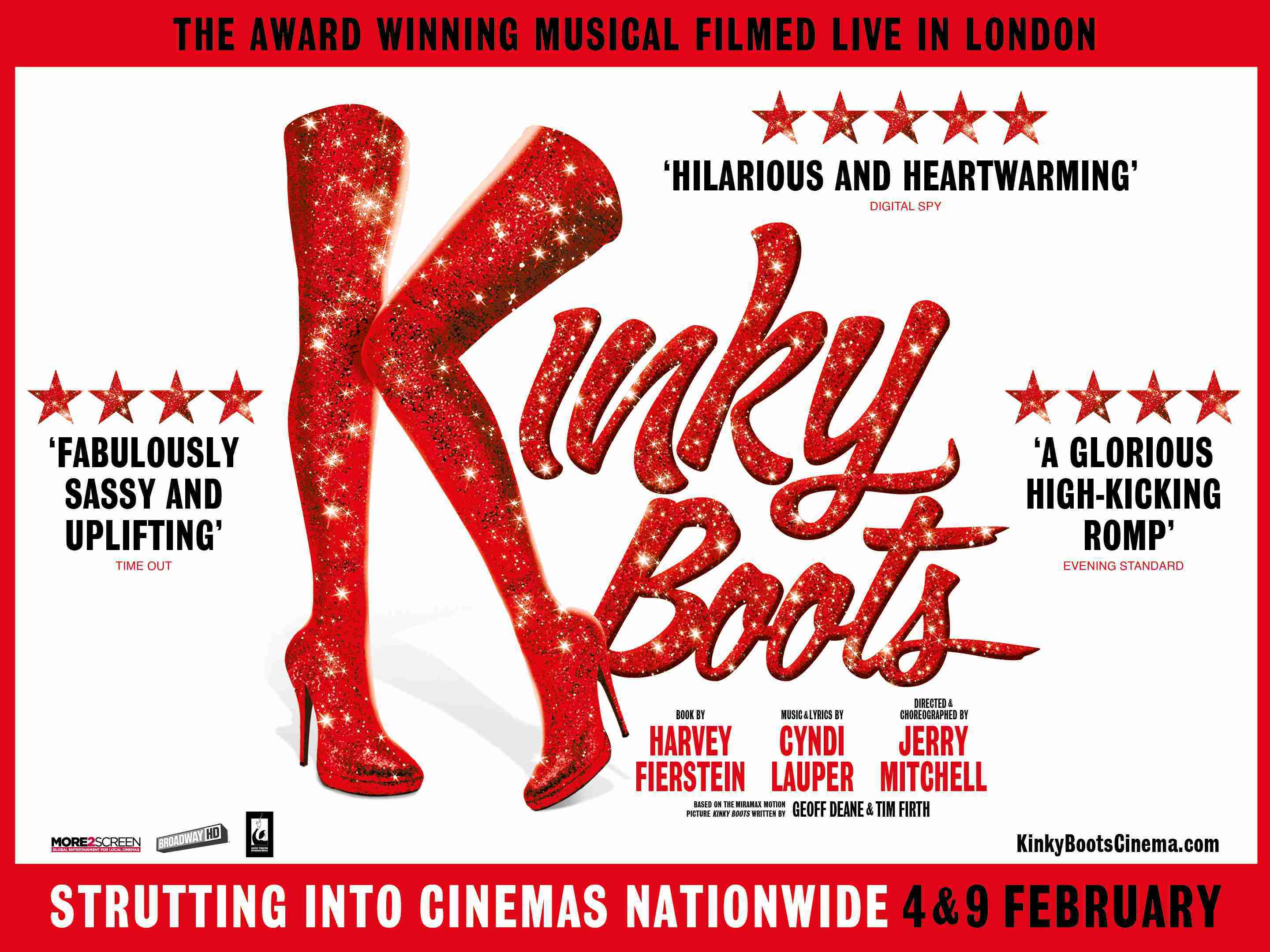 Inspired by true events, this huge-hearted hit tells the story of two people with nothing in common –or so they think. Charlie (Killian Donnelly) is a factory owner struggling to save his family business, and Lola (Matt Henry) is a fabulous entertainer with a wildly exciting idea. With a little compassion and a lot of understanding, this unexpected pair learn to embrace their differences and create a line of sturdy stilettos unlike any the world has ever seen! But in the end, their most sensational achievement is their friendship. This unmissable musical theatre event celebrates a joyous story of British grit transforming into a high-heeled hit as it takes you from the factory floor of Northampton to the glamorous catwalks of Milan!

For more information and to book tickets visit: KinkyBootsCinema.com.