Kenneth Branagh Theatre Company’s ‘The Winter’s Tale’ to return to cinemas this December!

Trafalgar Releasing, in collaboration with Fiery Angel, has announced that the Kenneth Branagh Theatre Company‘s Olivier Award winning production of The Winter’s Tale, starring Kenneth Branagh and Judi Dench, will return to cinemas around the world on 4 December 2019.

The critically acclaimed production was the first in the hugely successful Kenneth Branagh Theatre Company Live season, which was broadcast to cinemas from London’s Garrick Theatre over the course of a year in 2015.

The tragicomedy of obsession and redemption is beautifully reimagined in a production co-directed by Rob Ashford and Branagh with a remarkable cast, featuring Judi Dench as Paulina, alongside Tom Bateman, Jessie Buckley, Hadley Fraser, Miranda Raison and Kenneth Branagh  as Leontes. 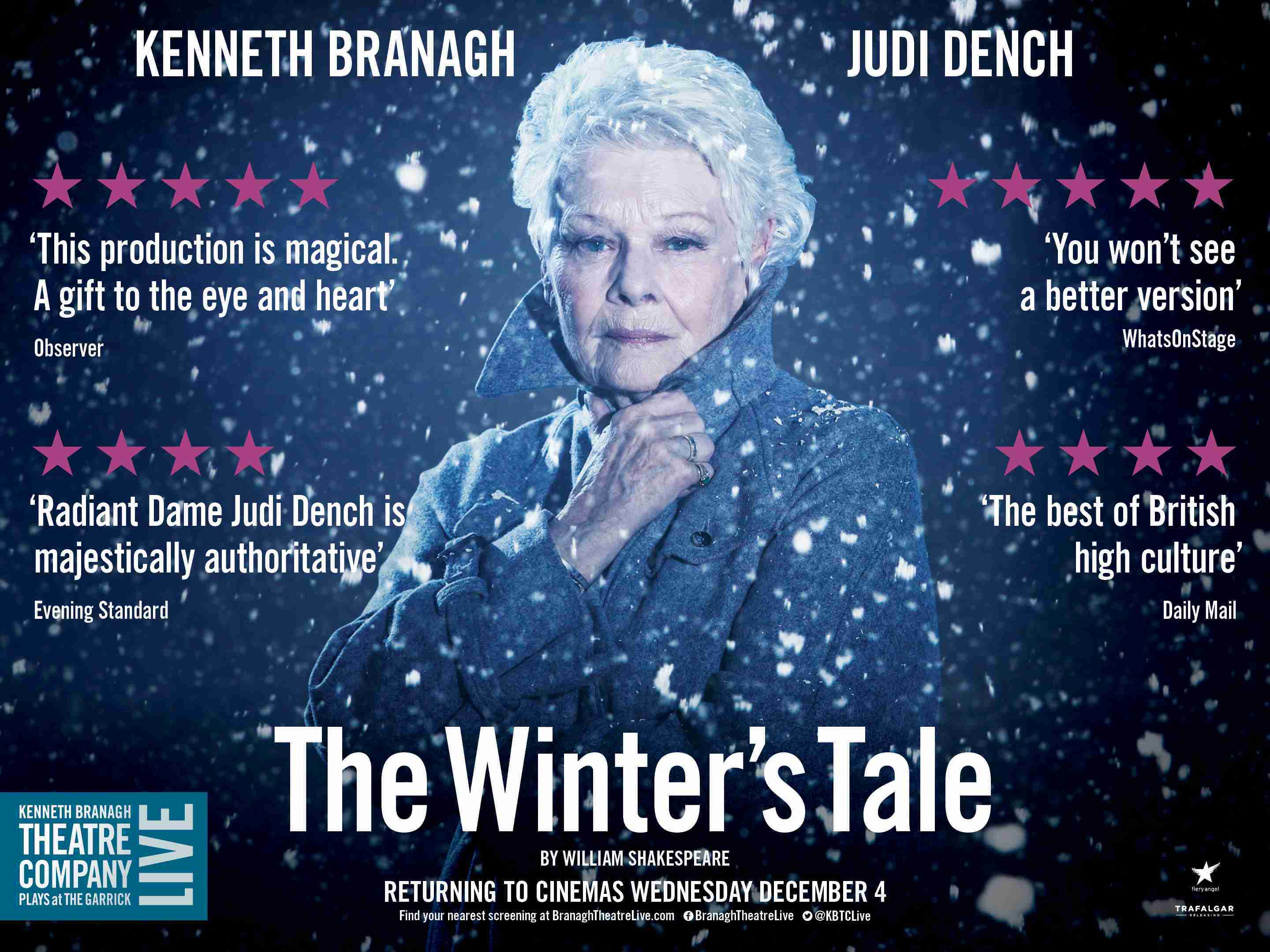 “I am delighted our production of The Winter’s Tale is to return to cinemas around the world this December.  We worked hard to bring the immediacy and excitement of the live stage production into cinemas, using film techniques to make these broadcasts appropriately cinematic, without compromising the theatrical experience. The Winter’s Tale was seen by over 250,000 people around the world the first time around, and we look forward to welcoming back people who saw it previously and as well as new audiences to this most magical Shakespeare play”

Tickets are on-sale from today at branaghtheatre.live, where audiences can find the most up-to-date information regarding participating cinemas.