The multi award-winning hit Broadway and West End musical, Once, based on the critically acclaimed film of the same name, will embark on its first major UK tour from January 2020.

The cast will be led by Daniel Healy as Guy and Emma Lucia as Girl, who return to their acclaimed roles following this production’s 2018 premiere at the New Wolsey Theatre, Ipswich and Queen’s Theatre, Hornchurch.

Based on the critically acclaimed and much-loved film, Once tells the uplifting yet yearning story of two lost souls – a Dublin street busker and a Czech musician – who unexpectedly fall in love.

Following their relationship across five short days, big changes happen to both of them in little ways.

Celebrated for its original score including the Academy Award-winning song Falling Slowly, Once is a spell-binding and uplifting story of hopes and dreams. 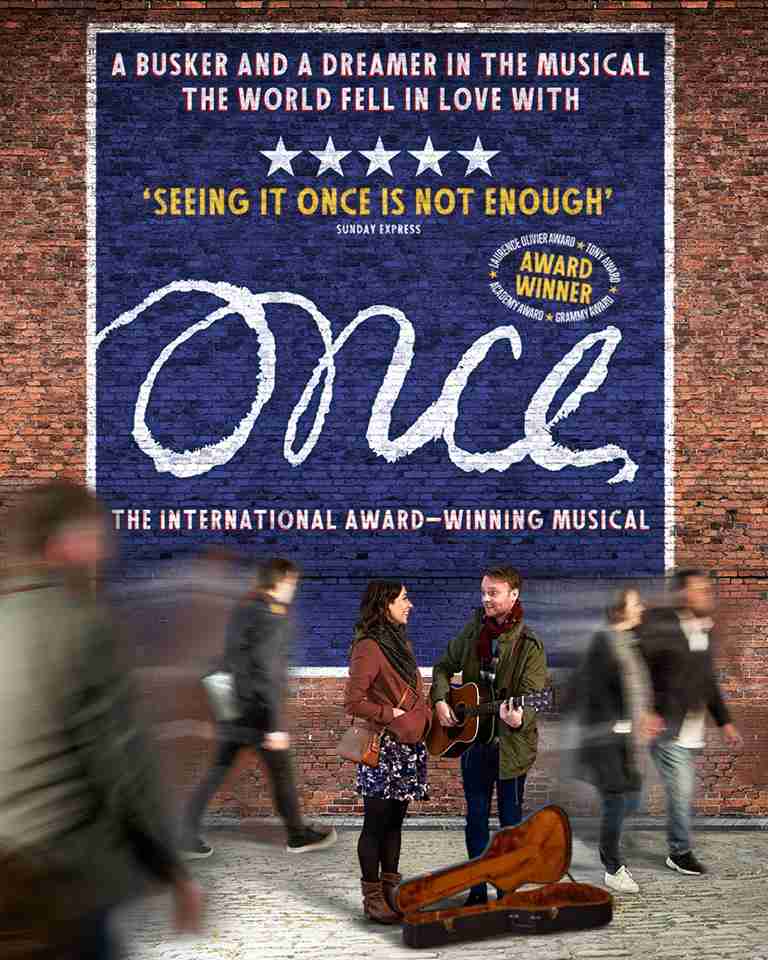 Once is directed by Peter Rowe with set and costume design by Libby Watson, musical supervision by Ben Goddard, choreography by Francesca Jaynes, lighting design by Mark Dymock, sound design by James Cook, projection design by Peter Hazelwood and orchestrations by Martin Lowe. Casting is by Debbie O’Brien.

Once has a Book by award-winning Irish playwright and screenwriter Enda Walsh, and Music & Lyrics by Academy Award winning Glen Hansard and Markéta Irglová who, for Falling Slowly, won the Oscar for Best Original Song. It is based on the motion picture Written and Directed by John Carney. The Original Production Concept is by John Tiffany.