The SAA, the UK’s largest artist community, has partnered with The Royal British Legion for the Paint a Poppy Challenge, to mark the 100th anniversary of the end of WWI.

Both professional and amateur artists have been invited to paint a poppy and make a donation to the world-renowned charity, which provides financial, social and emotional support to members and veterans of the British Armed Forces, their families and dependants.

With almost 5,000 submissions to date, the poppies will be exhibited at Arts Material Live at the NEC, Birmingham from 1-4 November 2018.

The challenge was created to honour the courageous men and women who served and sacrificed their lives during WWI, encouraging participants to help support the vital work of The Royal British Legion.

“We are delighted to be supporting the SAA – by donating to the work of The Royal British Legion, Paint a Poppy Challenge artists will help us continue to be a lifeline for thousands of serving and ex-Service people.” 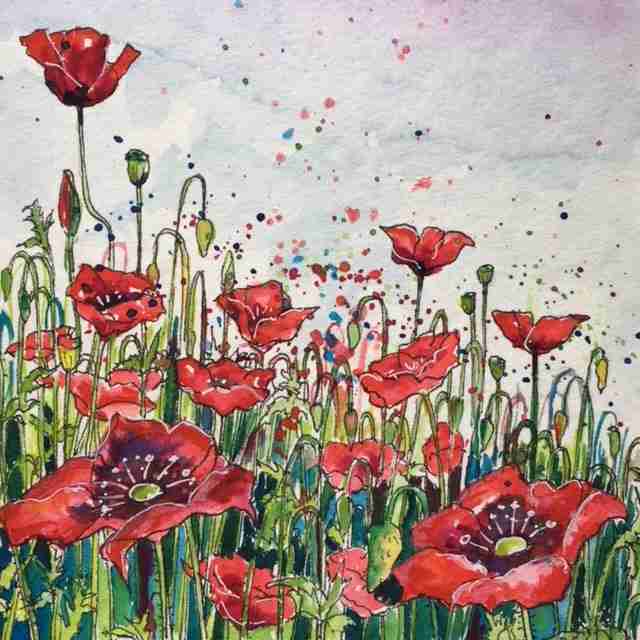 Visitors to the SAA stand at Arts Material Live will also have the chance to paint their own poppy on site, as well as participate in a number of free workshops.

There are also special membership offers for those who join when they are at the event, with £30 voucher to spend on the SAA stand and deals on products which will only be available for the four days of the event.

For more information, and to enter, please Click Here.