Producers have today announced that Mark Williams will star in the forthcoming 50th anniversary UK & Ireland Tour of Leslie Bricusse‘s ‘Doctor Dolittle‘ for the first ten venues of the show, which opens at the Churchill Theatre Bromley on 9 November 2018.

Further casting is still to be announced.

Eccentric Doctor Dolittle embarks on an extraordinary adventure to find the Giant Pink Sea Snail that holds the secret of life and makes the world a happier place.

Helped by his human companions and an exotic menagerie of animal friends, including the Pushmi-Pullyu and trusty sidekick Polynesia the parrot, the larger-than-life Doctor Dolittle teaches us not only to talk to the animals but to listen to them as well! 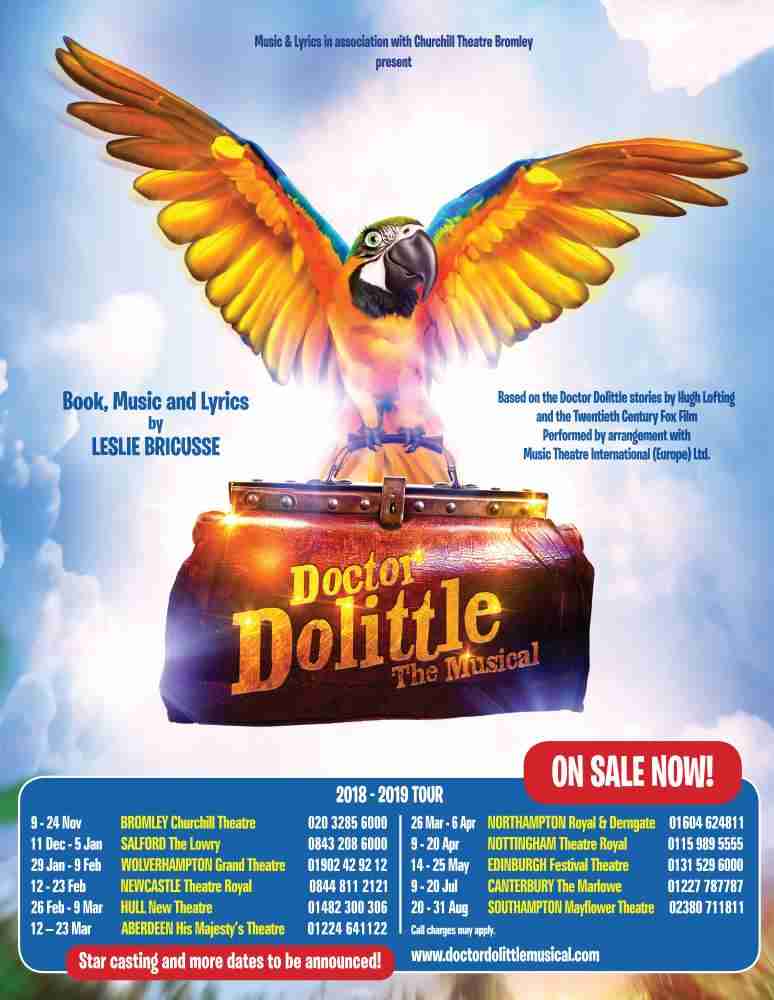 The new stage production of Doctor Dolittle will be directed by Christopher Renshaw, with design by Tom Piper and musical supervision by Mike Dixon.