Edward Fox returns to the West End in Hugh Whitemore’s one-man play, ‘Sand in the Sandwiches’

Fresh from a sell-out 2016 UK Tour, Edward Fox is to return to the West End in the celebrated one-man play exploring the life and work of John Betjeman, Sand in the Sandwiches, for a strictly limited London run.

A journey through memory and verse, the play collates the work of the twentieth century’s most treasured poet.

Written by Hugh Whitemore and directed by Gareth Armstrong, it will visit Northampton before its London premiere at Theatre Royal Haymarket between May 30th and June 3rd 2017, followed by an extended UK tour visiting Cambridge, Malvern, Woking, Brighton and Bath. 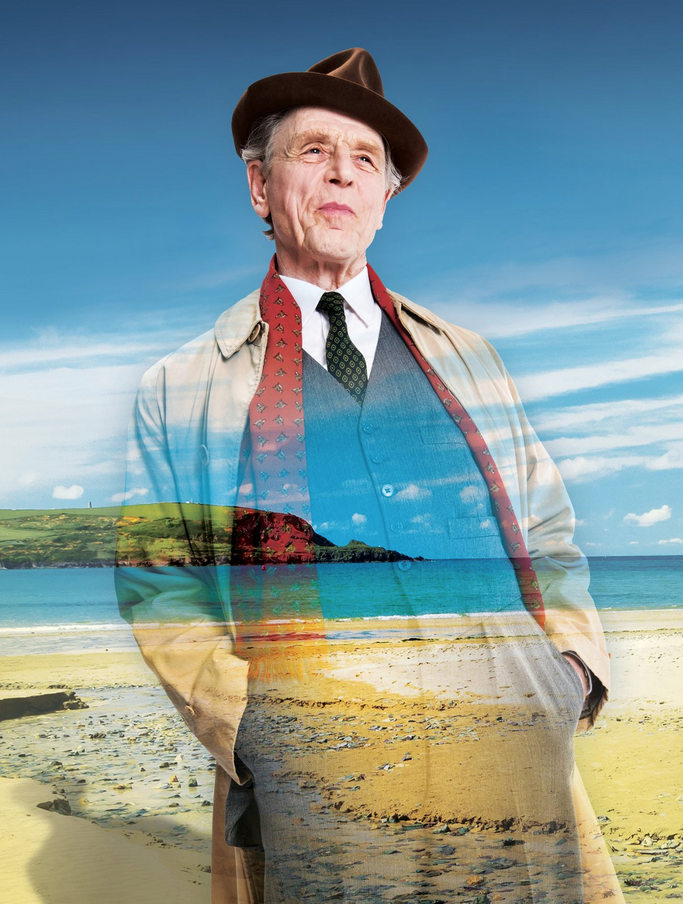 “It is lovely to be returning to one of the great theatres of the world and to the role of John Betjeman, even now at the age of 80. All of us involved are working to magnify the voice of one of the greatest minds in England. Betjeman once said that ‘poetry is life’, and I agree. You can’t live without it.”

Sand in the Sandwiches celebrates a man famous not only for light verse and laughter, but for his passions, his sense of purpose and his unforgettable poetry.

Through boyhood, his adolescence, to life as Britain’s Poet Laureate, Sand in the Sandwiches presents a hugely entertaining insight into the world of this much-loved irreverent writer.

Edward Fox’s distinguished career counts iconic British films including the Oscar winning Ghandi, The Day of the Jackal, A Bridge Too Far, Oh! What a Lovely War, The Dresser, The Go-Between, A Doll’s House, Pride and Prejudice, Robin Hood, Nicholas Nickleby, Force 10 from Navarone and James Bond’s Never Say Never Again. His stage credits include: The Audience, Four Quartets, Hamlet, An Evening with Anthony Trollope, Letter of Resignation and many more. His film credits have won him three BAFTA Awards and in 2003 he was made an Officer of the Order of the British Empire for his contribution to stage and cinema.

Hugh Whitemore, a Fellow of the Royal Society of Literature, is an award-winning writer whose work spans stage and screen. Theatre credits include: As you Desire Me, Stevie, Pack of Lies (which won Judi Dench the Olivier Award for Best Female Actor), The Best of Friends, Breaking the Code, God Only Knows, Disposing of the Body, The Last Cigarette playing at acclaimed theatre across the UK and internationally. His films credits include: Jane Eyre (1996), 84 Charing Cross Road, Stevie, The Return of the Soldier, Bluebird, Man at the Top, and All Neat in Black Stockings. With over 70 television credits, Whitemore has written for broadcasters in both the UK and USA, winning two Writers Guild of Great Britain Awards and two Emmy Awards.

Director Gareth Armstrong specialises in solo performance and has helped to create a dozen such theatre pieces, including Hugh Whitemore’s My Darling Clemmie starring Rohan McCulloch as Winston Churchill’s wife, and his own dramatisation of Oscar Wilde’s De Profundis, called Wilde Without the Boy. As an Associate Artist at Salisbury Playhouse under the Directorship of Jonathan Church, he premiered his own one-man show, Shylock. The play toured for over a decade to more than forty countries and has been translated and performed in Spanish, Italian, Romanian, Hungarian and Mandarin Chinese. Armstrong also co-founded The Made in Wales Theatre Company to premiere new plays and was Artistic Director of Cardiff’s Sherman Theatre.

Sand in the Sandwiches will play at Theatre Royal Haymarket between Tuesday May 30th and Saturday June 3rd.

This week is available at the theatre due to a pre-contractual, prior engagement, which means that Damian Lewis is unavailable to perform in Edward Albee’s The Goat, or Who Is Sylvia?

Sand in the Sandwiches is produced by Jonathan Church, Oliver Mackwood Productions and Oxford Playhouse.