A young woman (Lil Dagover) confronts the personification of Death (Bernhard Goetzke), in an effort to save the life of her fiancé (Walter Janssen).

Death weaves three romantic tragedies and offers to unite the girl with her lover, if she can prevent the death of the lovers in at least one of the episodes.

Thus begin three exotic scenarios of ill-fated love, in which the woman must somehow reverse the course of destiny: Persia, Quattrocento Venice, and a fancifully rendered ancient China.

Rich in expressionist imagery and featuring innovative special effects work, Der müde Tod has often been overlooked amongst Lang’s early work, but has been hugely influential, with directors such as Alfred Hitchcock and Luis Buñuel citing it as a direct influence on their work.

Now in 2017, in a new restoration by Anke Wilkening on behalf of the Friedrich-Wilhelm-Murnau-Stiftung, this definitive presentation of Der müde Tod preserves the original German intertitles and simulates the historic colour tinting and toning of its initial release, and is accompanied by a newly-composed score by Cornelius Schwehr as a commissioned composition by ZDF / ARTE which was originally performed by the 70-member Berlin Rundfunk Symphony Orchestra under the direction of conductor Frank Strobel, at Berlinale 2016. 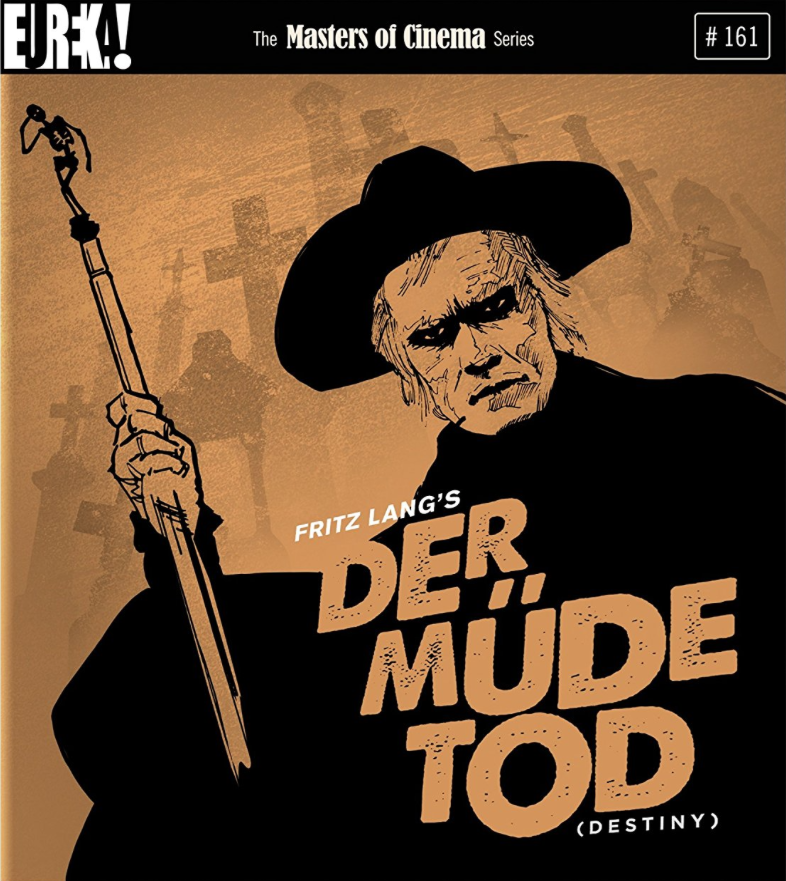 Der müde Tod will later be released as part of the Masters of Cinema Series in a definitive Dual Format (Blu-ray & DVD) edition on 17 July, 2017