Following on from our Christmas Books Gift Guide, we now take a look at some great new DVD, Blu-ray and Box-set releases, perfect entertainment for the holiday season!

What better way to begin our gift guide than with Warner Home Video’s newly re-issued 16-disc Blu-ray box set of all 8 Harry Potter Films; perfect festive entertainment for all the family.

Due to unprecedented demand, the most essential home entertainment release of the year has now been reissued in an ever so slightly scaled down second release, trimming the original 60-page accompanying booklet to 36-pages

This long awaited release of Abel Gance’s Napoleon is the culmination of a project spanning over 50 years. Digitally restored by the BFI National Archive and Academy Award-winning film historian Kevin Brownlow – and accompanied by the monumental Carl Davis score (newly recorded in 7.1) – Napoleon is a must have for any true cinephile or film student out there.

Originally conceived by Gance as the first of six films about Napoleon, this five-and-a-half-hour epic features full-scale historical creations of episodes from his personal and political life, that see Bonaparte overcome fierce rivals and political machinations to seal his imperial destiny. 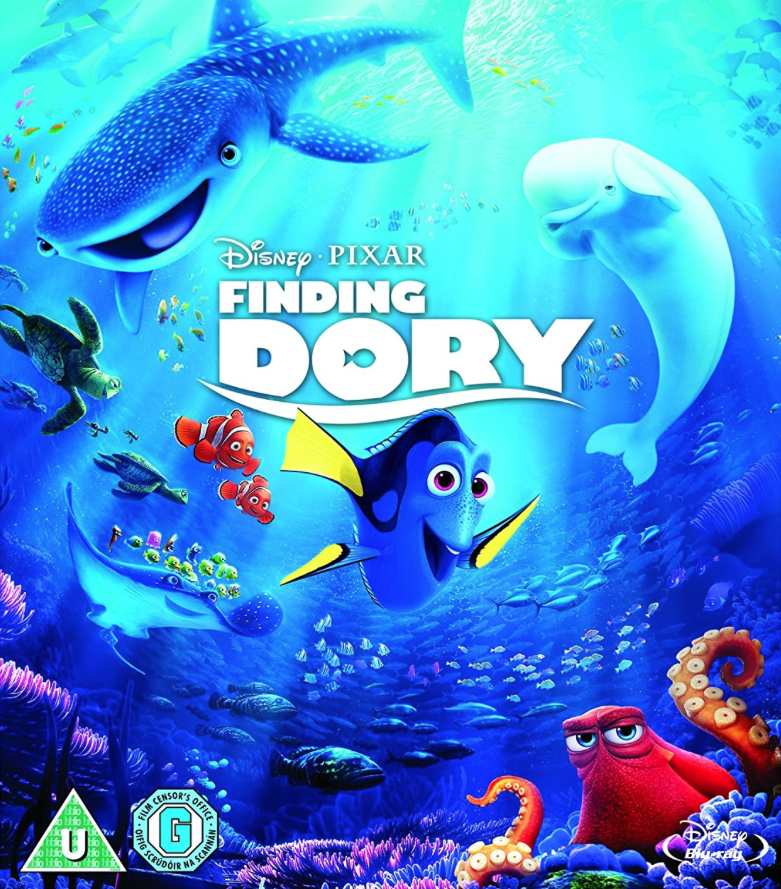 When it comes to buying films for family and friends, you can never go wrong with Disney and Pixar. As one of the finest animated features of the year, Finding Dory is no exception!

From the Academy Award–winning creators of Disney Pixar’s Finding Nemo, Finding Dory takes place a short time after the events of the first film and once again follows the adventures of Nemo, Marlin and the eponymous Blue Tang, Dory.

When Dory suddenly remembers she has a family who may be looking for her, she, Marlin and Nemo take off on a life-changing quest to find them with help from Hank, a cantankerous octopus; Bailey, a beluga whale who’s convinced his biological sonar skills are on the fritz; and Destiny, a nearsighted whale shark. 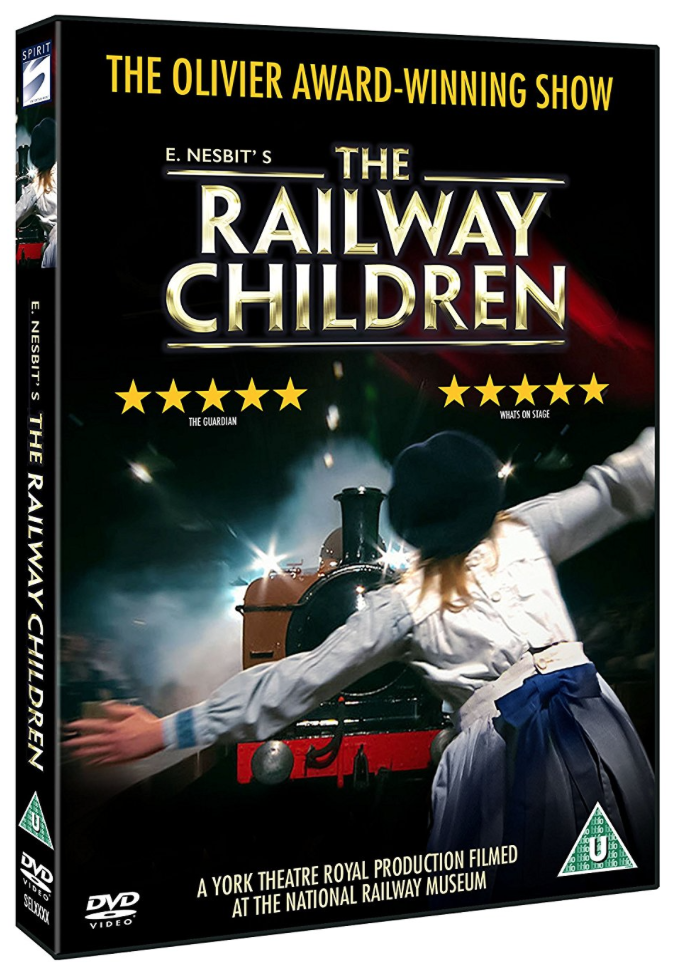 Imaginatively adapted by Mike Kenny and Damian Cruden, and directed for the screen by Ross MacGibbon, The Railway Children follows the story of Roberta (Bobbie), Phyllis and Peter, three sheltered siblings who suffer a huge upheaval when their father is falsely imprisoned.

The children and their mother, now penniless, are forced to move from London to rural Yorkshire into a new home next to a railway line. Dealing with themes of justice, the importance of family and the kindness of strangers the event is filmed from the National Railway Museum in Yorkshire, featuring the train from the original much-loved film.

Featuring the original groundbreaking first series, Planet Earth, alongside the recently broadcast follow up, Planet Earth II, this 7-disc box-set is both an essential release and a great gift idea for family and friends this Christmas.

Captured in stunning Ultra-high definition detail, Planet Earth II is an immersive exploration of the jungles, mountains, deserts, islands, grasslands and cities of the world. Journey to the four corners of the globe to discover the extreme forces that shape life in each of these iconic landscapes and the remarkable ways animals manage to overcome the challenges of surviving in the wildest places on Earth. From eye-to-eye encounters with incredible creatures to epic journeys through breathtaking wildernesses, experience the wonder of the natural world as never before.

Four years in the making, with a budget of unprecedented proportions, Planet Earth has stretched the boundaries of natural history television. High definition photography, revolutionary ultra-high speed cameras and detailed images from the air enabled the series to capture the most amazing footage ever seen.

Available only on the Blu-ray, Blu-ray 3D and 4K Ultra HD editions, the extended version of the blockbuster hit, Suicide Squad, offers an extra 11-minutes of footage from the theatrical edition, perfect for all the action movies and comic book fans out there.

It feels good to be bad…Assemble a team of the world’s most dangerous, incarcerated Super Villains, provide them with the most powerful arsenal at the government’s disposal, and send them off on a mission to defeat an enigmatic, insuperable entity.

U.S. intelligence officer Amanda Waller has determined only a secretly convened group of disparate, despicable individuals with next to nothing to lose will do. However, once they realize they weren’t picked to succeed but chosen for their patent culpability when they inevitably fail, will the Suicide Squad resolve to die trying, or decide it’s every man for himself?

Adapted from Roald Dahl’s beloved novel, directed by Steven Spielberg and starring Mark Rylance in the title role, The BFG is another perfect choice for family entertainment this Christmas!

The film follows Sophie (Ruby Barnhill) as she is whisked away from her orphanage by the BFG and taken to Giant Country where she is immediately at risk of being eaten by the other, larger giants, including Fleshlumpeater (Jemaine Clement) and Bloodbottler (Bill Hader). Together, Sophie and the BFG go on an adventure to Dream Country where they capture dreams for the BFG to give to all of the human world’s sleeping children. After coming up with a cunning plan, the pair head back to London to see if the Queen (Penelope Wilton) can help them tackle the problem of the bullying, child-eating giants.

One for the older kids on Santa’s gift list, director Ron Howard’s superb new documentary seamlessly blends archival footage and interviews with newly recorded material for a fascinating and brilliantly composed look at the four exhausting touring years in the early career of The Beatles (1962 to 1966).

To read our full review, and for a full breakdown of special features, please Click Here. 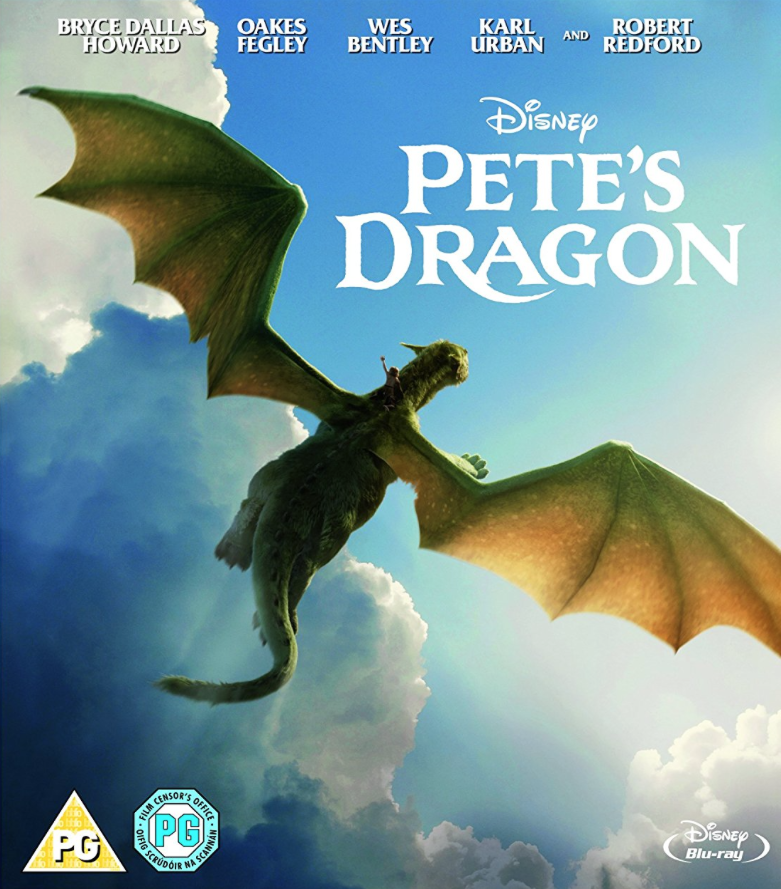 For years, old wood carver Mr. Meacham (Robert Redford) has delighted local children with his tales of the fierce dragon that resides deep in the woods of the Pacific Northwest. To his daughter, Grace (Bryce Dallas Howard), who works as a forest ranger, these stories are little more than tall tales…until she meets Pete (Oakes Fegley). Pete is a mysterious 10-year-old with no family and no home who claims to live in the woods with a giant, green dragon named Elliott. And from Pete’s descriptions, Elliott seems remarkably similar to the dragon from Mr. Meacham’s stories. With the help of Natalie (Oona Laurence), an 11-year-old girl whose father Jack (Wes Bentley) owns the local lumber mill, Grace sets out to determine where Pete came from, where he belongs, and the truth about this dragon. 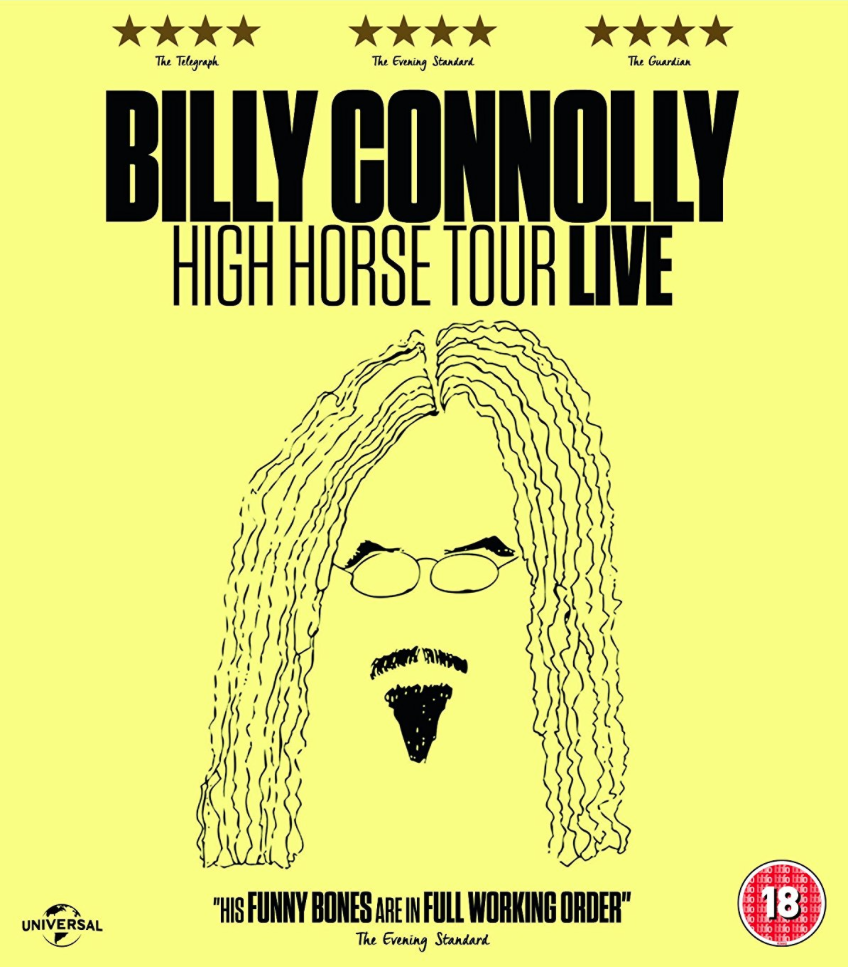 What better way to round off our Christmas DVD and Blu-ray gift guide than with this hilarious new stand up release from the man widely considered to be one of the most influential comedians of all time, Billy Connolly.

Filmed live at London’s Hammersmith Apollo, The High Horse Tour sees the Big Yin as sharp and warm as ever, this time tackling an array of wide-ranging subjects from selfies to Donald Trump and prostate exams.