Eureka Entertainment to release E.A. Dupont’s ‘VARIETÉ’ as part of the Masters of Cinema Series on 23 January 2017

Eureka Entertainment to release the German silent masterpiece VARIETÉ, E.A. Dupont’s crime of passion set in the circus milieu starring Emil Jannings, in a digitally restored 2K Dual Format edition as part of the Masters of Cinema Series on 23 January 2017.

A key work of German silent cinema and an international smash on its release, E. A. Dupont’s Varieté (Variety) is an audacious revenge melodrama set under the canvas of the big top. 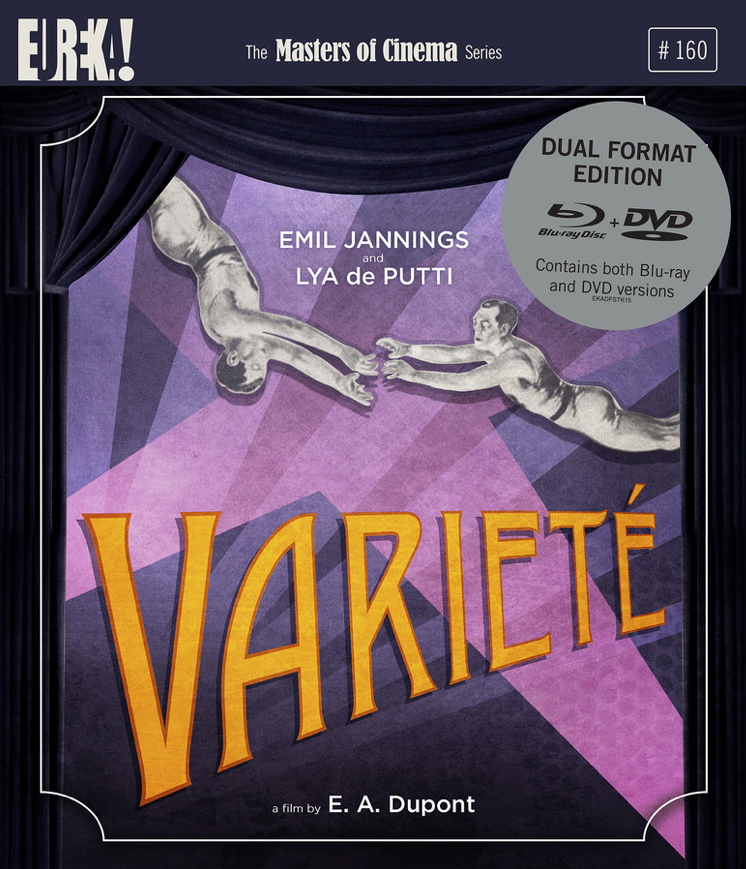 When Boss Huller (the iconic Emil Jannings) meets the young émigré Berta-Marie (Lya De Putti), it kindles his desire to relaunch his career as a trapeze artist, stalled due to an injury and the pressures of domestic life.

But with passion comes obsession, and with the involvement of the famed Artinelli into their act, tensions rise to a fever pitch.

Visually astonishing, with some of the most inventive camerawork of the 1920s, and a typically intense and vivid central performance from Jannings, Varieté is presented here in an all-new restoration of the original German version.

Featuring three scores: one by Stephen Horne, one by The Tiger Lillies, and one by Johannes Contag.

·         Three scores: one by Stephen Horne, one by The Tiger Lillies, and one by Johannes Contag

·         PLUS: A booklet featuring new writing on the film and archival images